The Senate’s Russia Investigation Is Now Looking Into Jill Stein

The top congressional committee investigating Russian interference in the 2016 presidential election has set its sights on the Green Party and its nominee, Jill Stein.

Dennis Trainor Jr., who worked for the Stein campaign from January to August of 2015, says Stein contacted him on Friday saying the Senate Intelligence Committee had requested that the campaign comply with a document search

I'm going to go out on a limb here and say this is ridiculous.

Did she also want trump to win?

Now this isn't a Mueller article, it's the Senate Intel committee, and in fact the chair cited in the article is a Republican.

So is this the new norm? Get evryone who rans documents and grill them about c9ntacts with Russians?

Its becoming more ridiculous by the day.

But she ate dinner with Putin and Flynn! 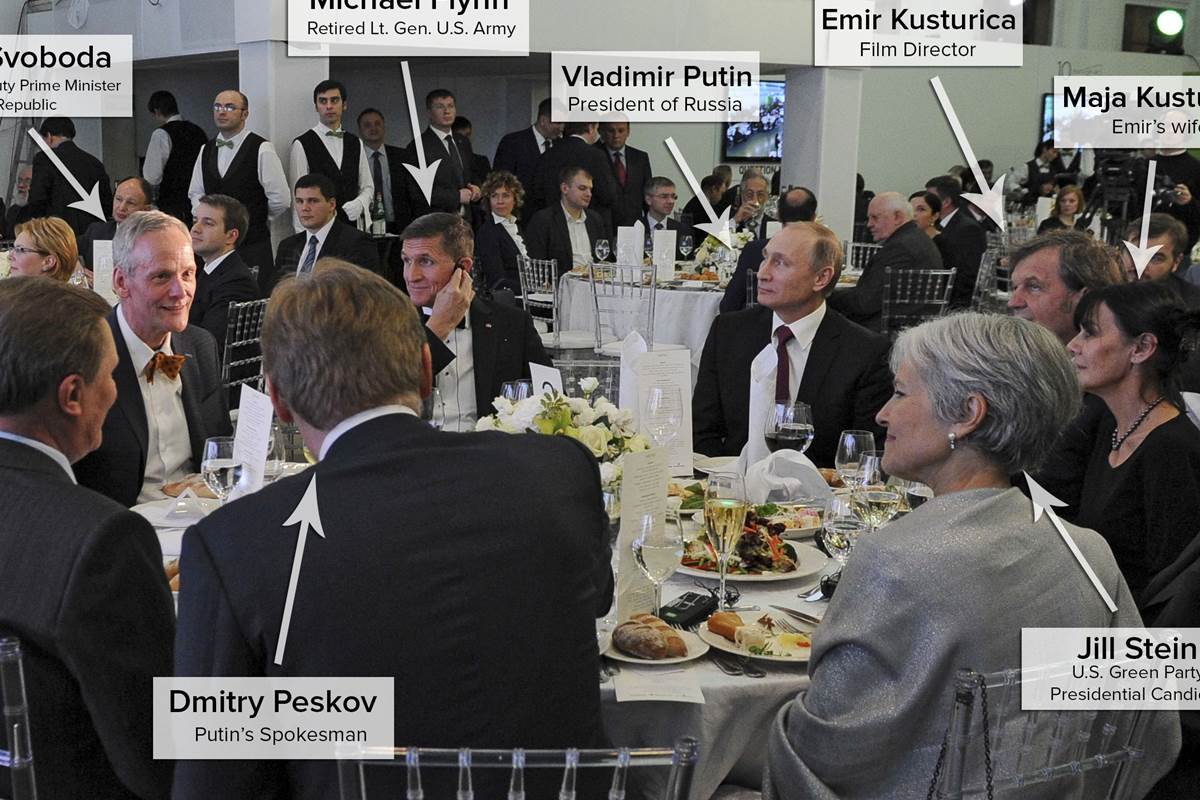 posted on Dec, 18 2017 @ 07:51 PM
link
does it really have to do with russia or the craziness that stein was taking part in after hillary lost?

It sounds more like an ancillary investigation aimed at supporting the ongoing investigation in Trump and his team and nothing mroe.

So a candidate that never had a shot and lost by a mile is NOW being investigated for Russian Collusion ?

And now we are starting to see that.

So for all of the progressives that cheered on the deep state smearing of trump with russia, now the stage has been set to go after real progressives like Stein.

Can't have people like trump, bernie, or Stein upset the establishment Apple cart now can we?

They are intentionally dragging this out just in time for the mid terms.

This farce is expected to last another YEAR.

originally posted by: IAMTAT
a reply to: Grambler

But she ate dinner with Putin and Flynn!

She was obviously planning the downfall of America and using it as a means to undermine democracy.

posted on Dec, 18 2017 @ 08:01 PM
link
Didn't Jill rake in a LOT of money for her big recount effort...which was never spent?
What if some of that money came from Russia-affiliated sources?

BTW...did she ever give all that unspent money back?

...or does she have a new beach house like Bernie?

She doesn't have to give it back.

The only rule is 'no personal use'.

It can be used for other political purposes.

On top of 'earning' some over the top funds, didn't she also drop the will to continue voting fraud in the Detroit area?

I'm not saying she should be investigated based on widely available public knowledge but is this what it's pointing to?

originally posted by: neo96
a reply to: IAMTAT

She doesn't have to give it back.

The only rule is 'no personal use'.

It can be used for other political purposes.


...what if Russians contributed to her election recount fund?

That would have already been disclosed federal investigation isn't warrented or needed.

According to open secrets Google was her biggest doner. Followed by other corporations.

Rather odd for a Green candidate.

I read this story earlier and I noticed something in the wording that hasn't been brought up yet.

When asked Monday what the committee was looking for from the Stein campaign, North Carolina Sen. Richard Burr, the committee’s chairman, responded, "collusion with the Russians." Burr said that the committee is "just starting" its work investigating two campaigns, but did not elaborate.

Clearly they have already been investigating Trump for nearly a year. So they obviously aren't just starting an investigation of him.

What are your thoughts on this?
edit on 18-12-2017 by Diisenchanted because: fix

Yawn, there are BIGGER fish to fry.

To me he is saying Stein and Hillary's campaign.

By all means, Hillary's camapugn, which has admitted to paying for the Russian sources dossier can be looked at.

But steins? Based on what, doing rt interviews?

That would be like investigating Bernie for sexual harrasment because Charlie rose interviewed him.

We are wasting time on something that didn't happen because if it had there are more than enough Trump haters to leak the information. Time to concentrate on making America great again.

posted on Dec, 18 2017 @ 08:35 PM
link
Glenn Greenwald from the intercept, a leftist who hates trump but has been warning of the dangers of cheering on the deep state and screaming russia, tweets this.

See where this is leading?

The dems took out bernie, now Jill Stein is next.

Will progressives still be cheering the deep state on?
edit on 18-12-2017 by Grambler because: (no reason given)

originally posted by: neo96
After reading this it all makes sense now.

They are intentionally dragging this out just in time for the mid terms.

This farce is expected to last another YEAR.


I thought that common knowledge a year ago?

They are cheering a banana republic on.