Mass-public has been aware of Pyramids, All-Seeing-Eyes and Pentagrams associated with "illuminati symbology", but have not yet had that much exposure to Owls.

My first exposure to Owls being evil came from the 1990 TV Series "Twin Peaks", in which there are numerous cryptic references to "the owls are not what they seem". In the Show, they are somehow linked to extraterrestrials,they are harbringers of evil (rape and murder of trafficked teenagers) as well as possession by evil spirits. One of the characters of the show, a native American cop even says that the Owl symbol is connected to so much evil he doesn't even want to talk about it. 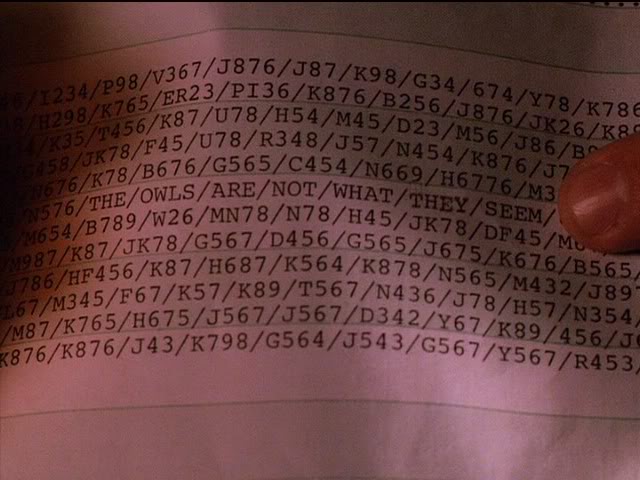 I thought nothing of the reference while watching the show...after all, to me they are just cute birds...but have come to see Twin Peaks in a different light ever since the U.S. President himself recommended researching them.

Today I began collecting tidbits of Owl-Stuff here and there. I'll post them here, feel free to add Owl-Related stuff to this thread as you find it. Rather than posting all kinds of Qanon stuff, try to keep it focused on Owls only.

Starting with this mysterious email, leaked to Wikileaks, in which Hillary Clinton is worried about violating the "Owl/Minerva Rule". 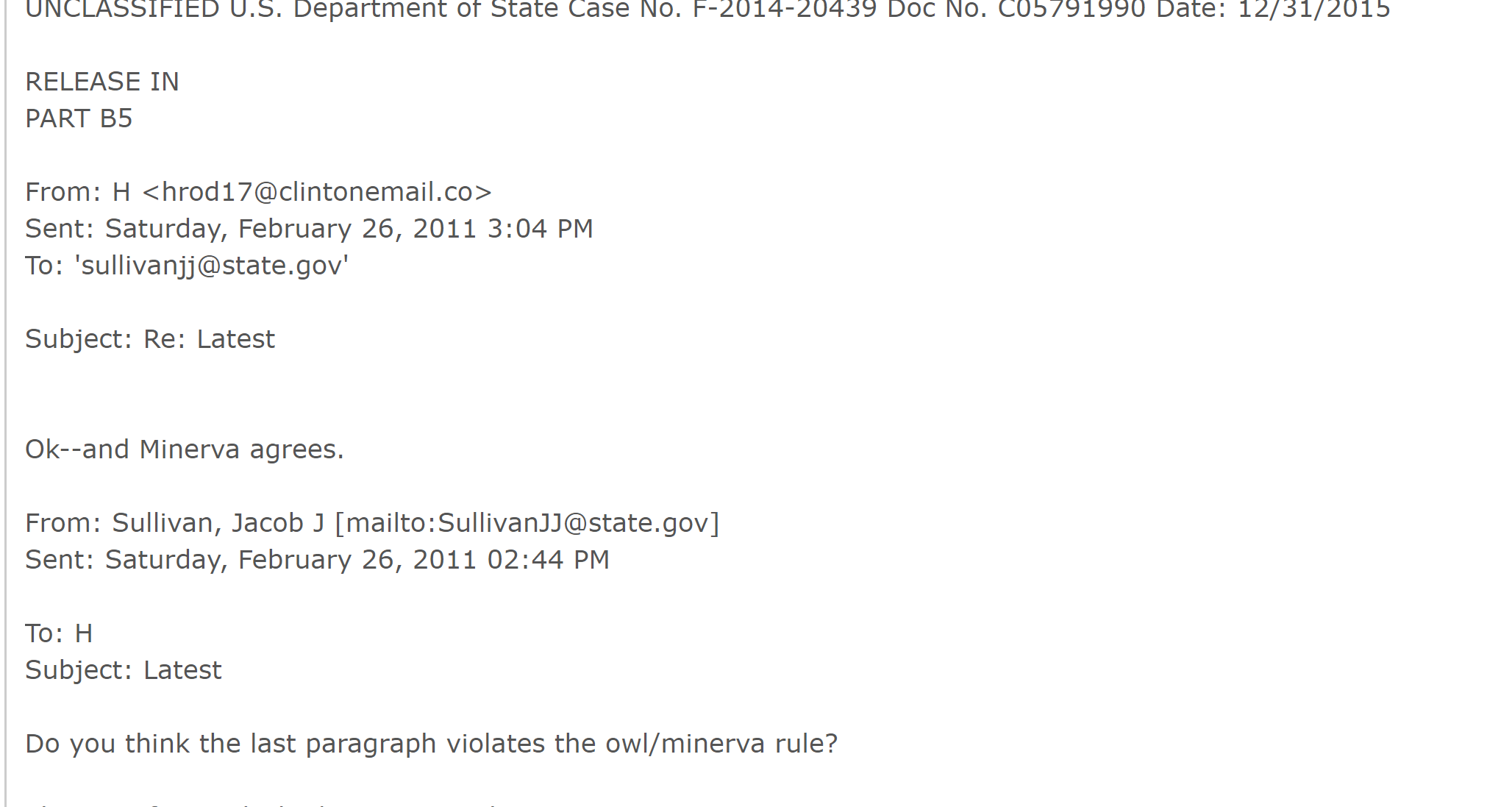 Many have wondered what this rule is and why Hillary is worried about violating it. The interesting thing is, that the communicating parties involved seem to be quite familiar with it, while most of us have never heard of it.

Another well-known Owl can be found in the quasi-secret-club Bohemian Grove, where high-ranking politicians meet to perform obscure rituals: 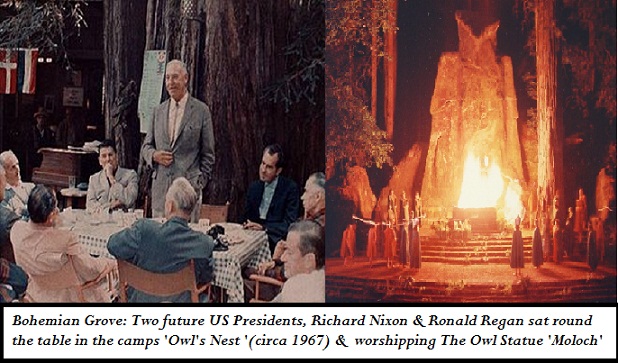 These are a few tidbits I noticed through simple Google-Searches in the last few days:

The largest European Newspaper and Media publisher has this at their entrance: 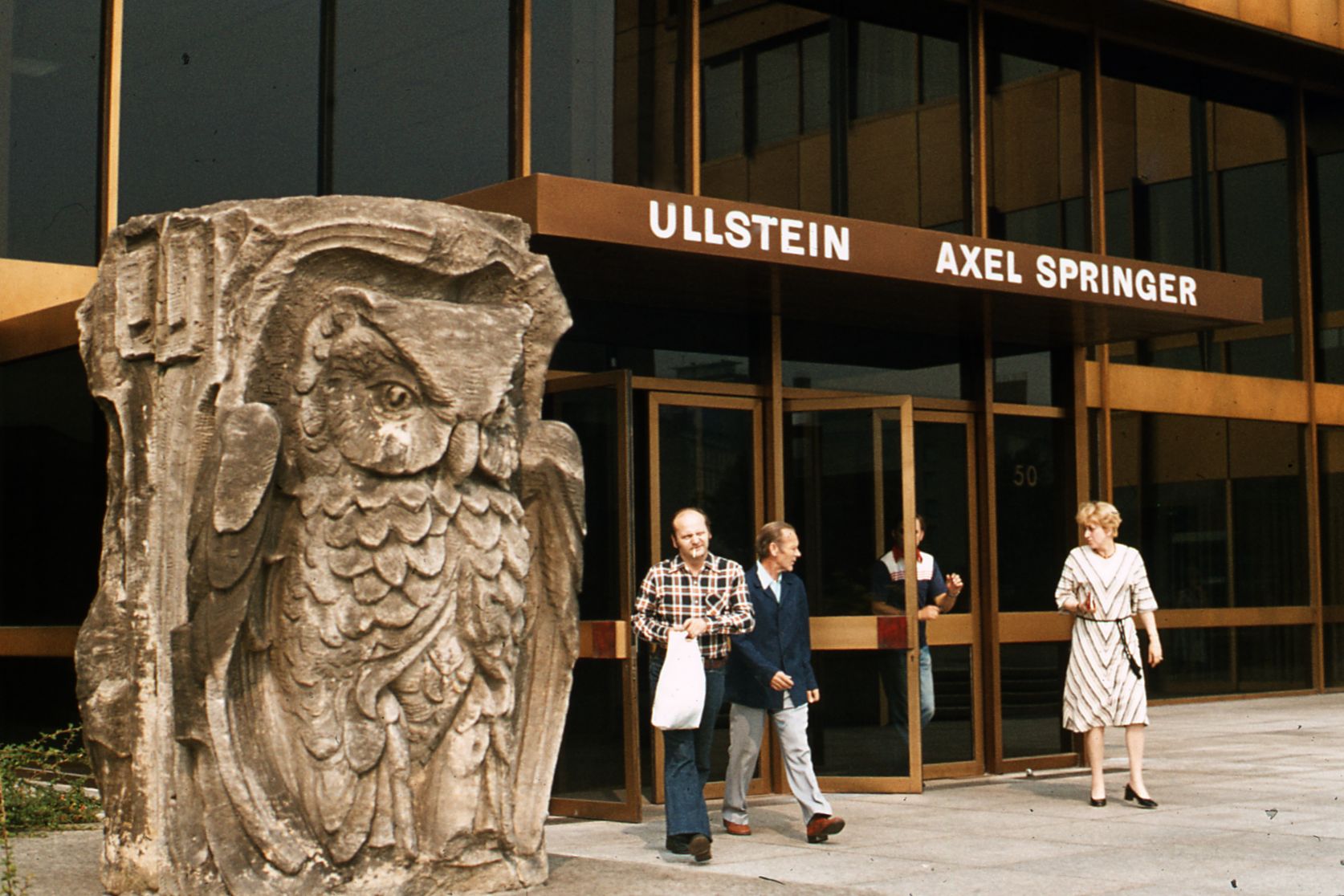 According to this BBC Article Prince Harry and Meghan Markles "first royal duty" as a couple was to go see an Owl. The article doesnt even make sense, as if it were some kind of code language.

Google launched "Project OWL" in order to scrub "fake news" from the Internet:

Google launched an algorithm scrubbing called Project Owl. In April, Google announced it had made false information “less likely to appear.” The company didn’t provide a new rate for misleading content to compare with the 0.25 percent figure, but by one admittedly anecdotal measure, Project Owl seems to have had some effect.

One University, Temple, even uses the Owl as their Mascot:

According to this page on Owls and Witchcraft, most ancient cultures link the Owl to evil, death and illness. Personally, I've always regarded such notions nothing but superstition...but who knows.

And finally, the original and real "Illuminati" by Adam Weishaupt, used the "Owl of Minerva" (yes, the one Hillary references) as their Logo: 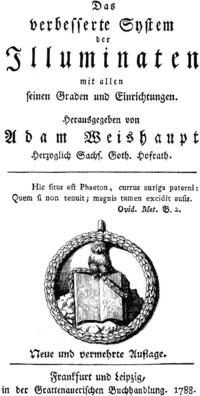 Whatever I find on owls as it relates to this proposed secret cabal or world rulers or evil, I'll post here.

edit on 2017 by Skyfloating because: (no reason given)

Personally, I dig owls, and find it unfortunate that we humans have potentially used them as negative symbolism.

Theyre very cool nocturnal avians. I actually have a male and female pair of owls that hang out in the trees where I smoke at night in my back yard. Always felt like good company to me.

My favorite are barn owls though. They are beautiful animals.
edit on 15-12-2017 by CreationBro because: (no reason given)

You missed the one on the dollar bill!

And the owl is a mask memory of being abducted by greys.

I am terrified of owls.

In one of the Batman comics, Batman face off a secret society called the Court of Owls. 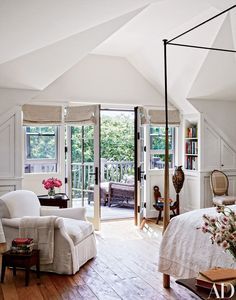 This is Lynn de Rotschild:

I've heard about Owls being mask memories for ET Abductions. Considering that these are Abductions wouldnt that imply something negative....?
edit on 2017 by Skyfloating because: (no reason given)

originally posted by: Skyfloating
All-Seeing-Eyes and Pentagrams associated with "illuminati symbology", but have not yet had that much exposure to Owls.

The Owl also symbolizes knowledge and wisdom, as it has the ability to "see in the dark".

Which is why many Universities use the owl symbol.

In your search, you'll find both positive and negative references to the Owl, and the ones you pick up and or discard, determines what's in your own mind.

No. It is a cover for the large eyes!

The negative part comes after.

Still terrified of owls. One time in Canada, one swooped at me while I was driving. Like at my head. It may have hit my car but I kept going. In fact, sped up.

Yes, they are used as a cover for the greys.

In most Native American tribes, owls are a symbol of death. Hearing owls hooting is considered an unlucky omen, and they are the subject of numerous 'bogeyman' stories told to warn children to stay inside at night or not cry too much, otherwise the owl may carry them away. In some tribes, owls are associated with ghosts, and the bony circles around an owl's eyes are said to be made up of the fingernails of ghosts. Sometimes owls are said to carry messages from beyond the grave or deliver supernatural warnings to people who have broken tribal taboos. And in the Aztec and Mayan religions of Mexico, owls served as the messengers and companions of the gods of death .

So since UFO/Aliens are a more modern "boogeyman" it should be noted that any relationship to gods/goddesses may be talking about something far beyond little grey men and shiny spaceships.


Owlman is the name given to a large owl-like creature similar to the mothman. It lives in Cornwall, England and has been sighted several times. The first sighting took place in 1976 in the village of Mawnan. The owlman is sometimes seen as the English equivalent of the mothman due to the similarities between the mothman and owlman.

Also, just for kicks, it's known that Owlman in the DC universe is Thomas Wayne Jr. who appears on Earth 3 as sort of an evil batman, this doesn't even count Nite Owl from the Watchmen who is also linked back to the Bat. Furthermore there is a popular theory on the internet that Gotham isn't about Batman at all, it's about Owlman.
edit on 15-12-2017 by Thorneblood because: (no reason given) 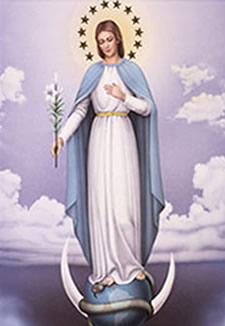 It could be them being nighttime hunters has something to do with how the folklore evolved. They are certainly not evil looking, but they are very efficient killers of mice and small animals.

The smaller "barn owls" take care of vermin around our animal pens. I actually watched one fly around outside less than an hour ago. They are totally silent. We like our barn owls.

We also have great horned owls. We lost 4 hens over the last year to those big bastards.

I hear that they also harvest souls...

EDIT TO ADD: Every freckle on a redhead represents a harvested soul. My wife has a lot of freckles. My wife scares me more than the owls... 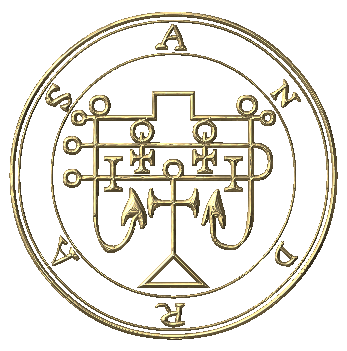 
I've heard about Owls being mask memories for ET Abductions. Considering that these are Abductions wouldnt that imply something negative....?

Abductions are a tough subject in the realm of morality. I generally dislike the very idea of advanced e.t. abduction. I myself have fuzzy memories of meeting 3 short typical grey beings, believe it or not.

If the purpose is to harm and create suffering in the person, it is absolutrly abhorrent.

At the same time...they are apparently trying to erase the memory of the events for the sake of the person's psyche. That shows some level of compassion, as weird as it may seem. Yea if they exist they seem very methodical and scientific, analytical, to the point of absurdity to us, but it isnt to say theyre necessarily malevolent.

Also, consider a scenario where an advanced ancient being "grey alien" abducts someone who happens to have genetic coding that encodes a protein that destroys cancer (total apoptosis), and eventually these beings transmit this "inkling" to a person on Earth who thus, cures cancer.


To me, it's an area of personal frustration and bitterness, but im also extremely forgiving, reasonable, and listen to all sides and utilize patience, along with adapting my beliefs over time.