University College London was forced to apologize after a “dreaming of a white campus” tweet was deemed racist by “snowflake students.” The tweet had been intended to let students know the campus was still open as some parts of Britain remained covered by 13 inches of snow.

The tweet said: “Dreaming of a white campus? Our campuses will be open and operating fully today, Monday 11 December, so please make your way in as planned. (We can’t guarantee snow but we’ll try!) #snowday #londonsnow.”

One twitter user replied: “You know who else dreamt of a white campus? Hitler, that’s who. Disgusting... ...look into the history of the oppression of the PoC [People of Color],”
Source


Well, this holiday season should be fun, because it's now racist to point out that snow is white.
A university in London has officially apologized after a twitter post to let students know that the campus would be open despite the recent snow (which happened to be white). If that wasn't enough, student Kumail Jaffer compared the University's tweet to Hitler...
Because apparently if you like seeing snow, you're basically Hitler.

Thankfully, the University seems to have drawn more scorn for their apology than the original tweet itself, with many recognizing the obvious absurdity of apologizing for such a thing.

I'm positive the more they thought about it, the dumber they felt.

Or is that giving them too much credit?

Well, by Jove, I certainly hope that the PofC don't stomp around purposely hard on their heels if that blanco stuff does decide to fall. That would be reversed racism.

(You know, I think I'm getting the knack of blaming other folks for everything.)

Metallicus
+8 more
posted on Dec, 14 2017 @ 06:58 AM
link
You would think a college student would be educated enough to know that context is everything in this case. Unbelievable. 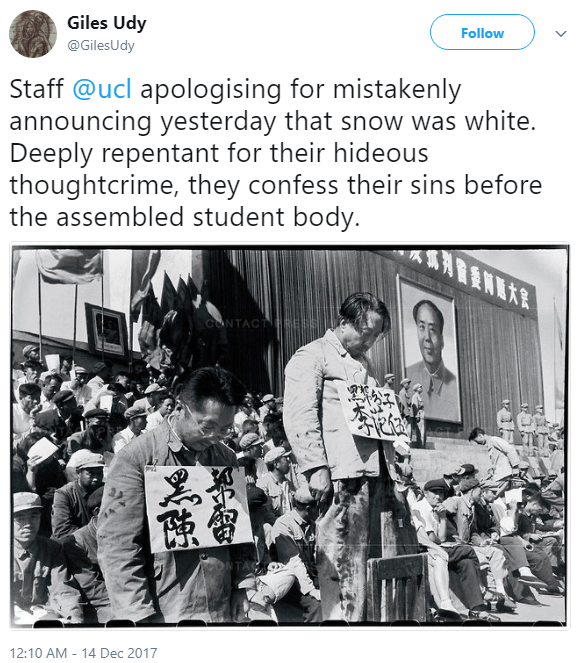 AugustusMasonicus
+6 more
posted on Dec, 14 2017 @ 07:10 AM
link
Not sure about the rest of you but the first thing that pops into my mind when I see snow is my profound White Privilege.


I really did wish I had the Willy P power, because the brown people who offer to shovel my driveway (for money, no less!!!) refuse to go up on the roof.


Not sure about the rest of you but the first thing that pops into my mind when I see snow is my profound White Privilege.

All they did was eliminate the clearly racist and illegal borders of the American Indians and then provided jobs for underprivelidged minorities from depressed areas of the world and gave them free transatlantic travel, room and board.

posted on Dec, 14 2017 @ 07:20 AM
link
Geez. And I thought they were calling Snow White but she was in bed with the prince, which is why they ended up talking with all the 7 dwarves instead.

After reading this headline I simply knew that my version was way more fun. Turned out I was right.

What are those soso-funny poets with too much snow doing anyway? During my time you could be sure that you had to show up if you didn't get any notice whatsoever. Which is how it should be done, IMO.

originally posted by: WUNK22
My God, are the snowflakes offended that coal is black?? O M G “it’s black as coal tonight” is now offensive!! Color me surprised, it’s a university student making this fuss about snow colors.....off white perhaps????

Really you need to move with the times. The snow is not white its privileged!

I'll go up on your roof. 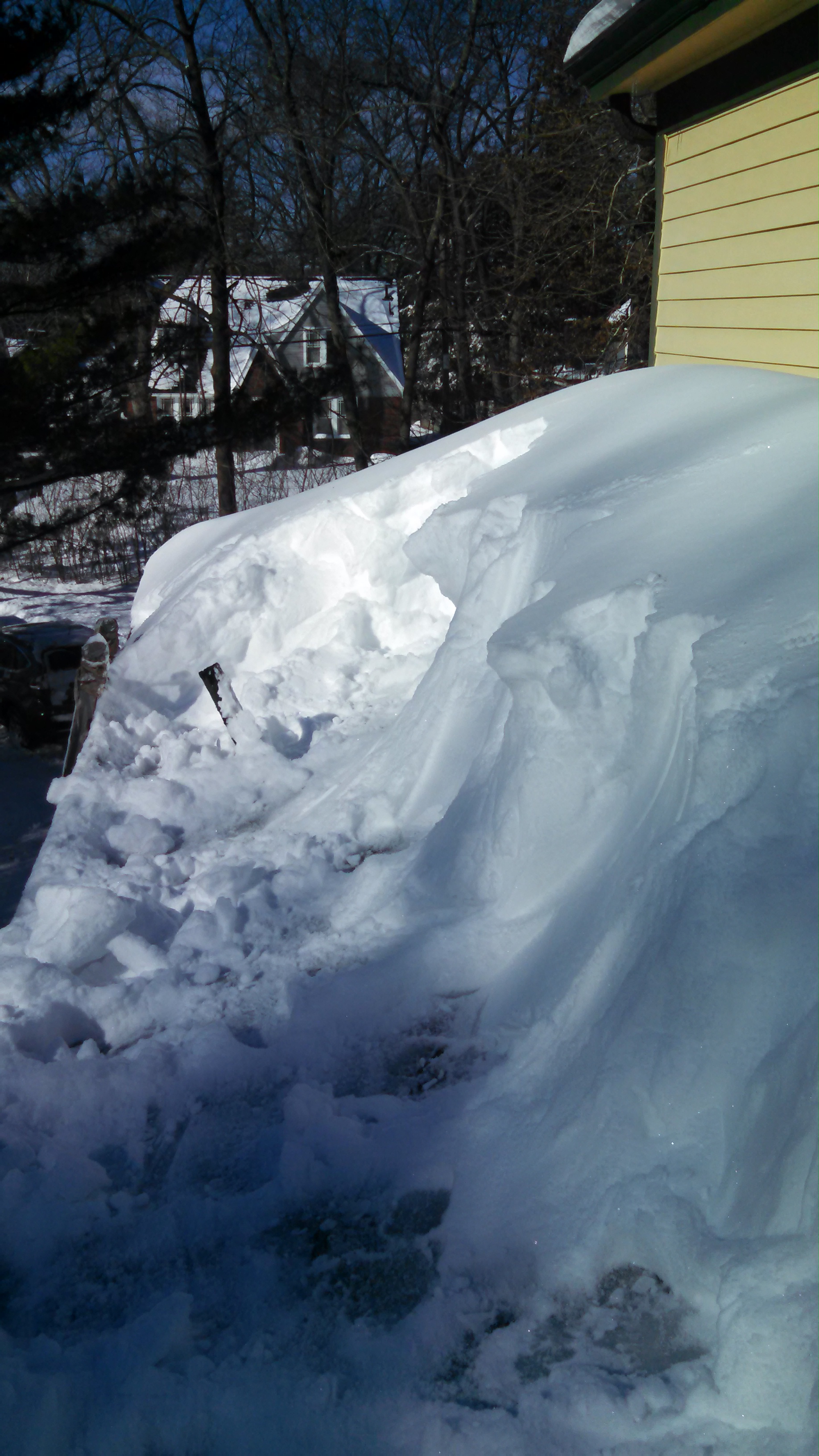 Maybe your special friends can star me too.
edit on 14-12-2017 by Sapphire because: (no reason given)

People make mistakes when writing statements not realizing how their words can be misconstrued to mean something totally different. Any official sending out company information should always have others read their statements before posting them. The writer usually doesn't have an unbiased outside perspective when evaluating their own message.

We see it happen in advertising when an ad takes on a whole new negative meaning with the public. What's bad about that, advertising executives should know better.

So it is news when some random college kids with no following , or authority tweet something stupid because?????


When did random tweets from TOTALLY unknown college students become proof of ANYTHING?!?!

Did I miss where we started making no name college kids on twitter elected officials???

Would you beat him for me? I'm tired and it's like way past my bedtime.

posted on Dec, 14 2017 @ 07:58 AM
link
I was waiting at a crosswalk once with my girlfriend on a hot summer day. I made some comment about how I shouldn't have worn a black shirt, I should've worn a white one or something and this other lady waiting at the crosswalk gave me a dirty look, shook her head and glared at me until the light changed. It was pretty funny.