posted on Dec, 12 2017 @ 08:33 AM
link
I've followed ATS for years and learned a great deal about many things that I had no idea about before encountering this site and it's knowledgeable members.

It seems the further that we get into the current presidency, the more that ATS members seem to have insights that many others do not. Insights into things that seem to be playing themselves out now in very public ways. I don't know if there is much that I can add to some of these discussions, but after lurking for so long, it seemed that I had an obligation to at least become a part of the community that has opened my, and so many others eyes.

I'm just a typical Midwest American man, that for so many years believed in the BS that our government has been heaping upon us. Sure, I didn't believe everything that was told to us, but had no idea that so many things have strayed so far from our original intent as a country.


Welcome to Plato's Cave. The shadow play gets thick around here too. When you see it, jump in.

To that I would say, we Americans ARE exactly what we believe we are. It's important to NOT let our government define us, label us, tell us who/what we are or are not. The media and government have separated themselves from the citizenry, have self-appointed themselves as our almighty leaders. They aren't! We should not look to them, nor Hollywood, nor sports to seek truth or anything to do with our identity. One only needs to look within.

Of course you are correct...

However, those same entities act on 'our behalf' and so, in essence, define us to both ourselves and the rest of the world. 'Image is reality' would describe the problem that I'm speaking of. I don't pay attention to the mass media anymore and haven't in quite some time, preferring to gather news from many different sources, mostly online.

Thank you for your reply...this is why I love ATS.

Remember, we're here too help you paddle up sh#t creek! 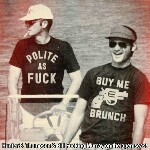 I am new here too and cant figure out how to start a new thread-or I am just that worn out.

I hope it's ok if I chose your thread to post in. I can relate to lurking here and reading. I finally decided to join if I wanted to have a voice.

I'm just a curious person.. And my curiousity was truly awakened when I was 11 and saw something unexplainable. It opened me up to so much more and I never stop learning.

I look forward to posting here finally after lurking for so long. This is by far the best forum site I have seen for my interests.
If only the Trump threads would end....(I know I brought him up again... But good God. )

Edit to add: At the bottom of the page a "+" icon says 'new thread', click that.

On the "Forums" page you can start a new thread in the forum of your choice.

You may need more posts for certain forums.

If you need to message someone privately (U2U), click on the 'little green man' icon at the bottom of member avatars, and "send message" in the drop down menu. Return messages appear as a 'white envelope' , upper right of screen.