Remains of an ancient, 5,100-year-old hydraulic system excavated in China

Researchers have come across what is believed to be
the oldest hydraulic system on the planet. Archaeologists
discovered how ancient people living in the Yangtze River
Delta managed to ‘terraform their landscape’ by altering
10,000 hectares of land, and somehow moving approximately
3.3 million cubic meters of land. Chinese archaeologists
have discovered one of the largest water management
projects in the ancient world, on what is now part of
the eastern coast of modern China. 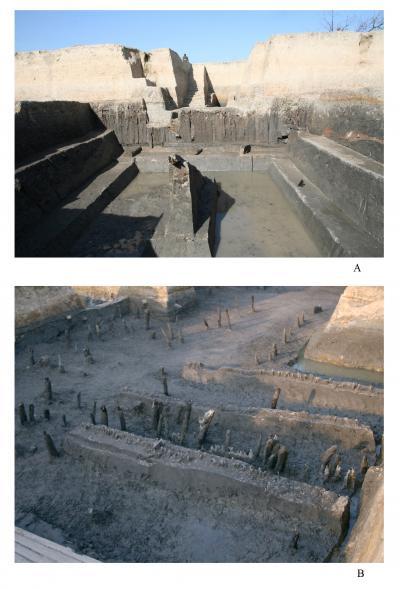 The results are unprecedented in learning about
the timing, structure, and function of a large-scale complex
of dams, levees, ditches, and other water-controlling
features in ancient China. Together with the well-excavated
remains of Liangzhu city and its rice fields, the new findings
represent one of the largest efforts of hydraulic landscape
engineering in the ancient world.

Another piece of lost history that shows an advanced understanding
of mass production farming .... well before we thought possible .

And all this to support one small city ?
.... or specialised trade and export ?

Ancient history hands out another lesson

As Benny Hill used to say (once there were two Chinamen..now look how many)
Now we know why, awesome engineering skills..

Another piece of the puzzle that reveals
more truth. 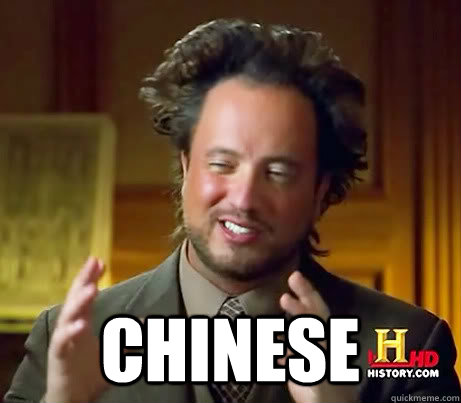 I have read that the Chinese were not there 5000 years ago , That is why the pyramids of China are covered up and not talked about much , the history of the country has been re -written twice by rulers long ago just my 2 cents

I thought the history or china was allagorized to allow a message to survive. That means if you take it at its word its not" accurate ", but if you know how to interpret it there's lots of information there.

I'm not an expert, just a fan of laird scranton .

It's is a brilliant discovery but I concur however I differ in that I regard it likely that those whom were there were probably one of the ancestral root's of the modern Chinese whom after all have legend's of them so at least one other root race must have lived alongside them the so called Sun God's, a race with eye's like the sky and hair like the sun and most likely not European's either though it does go to show just how small a world we really live on when we are really all just close cousin's after all.


But it is not alone there may be indication of even more ancient - PRE accepted and pre acceptably historical civilization in the world whom may even have utilized large damns long before human's are supposed to have ever existed - according to orthodox views and entrenched beliefs.
irregulartimes.com...

So even before those people there may have been yet other's, in fact even if our race is only 200.000 to 500.000 years old as we are indoctrinated to believe there must have been other people not too different to us to achieve this.

Now though this amazing discovery in China whom ever built it is definitely evidence of the Oldest known irrigation system with actual proof of it's existence still in situ so however our view's on history may diverge from the mainstream it is still an amazing find for all of us.

There are other site's though which also challenge the fertile crescent view of human history.
news.nationalgeographic.com...


Also we must be wary of racist view's which may have tainted some of these alternative theory's, the chinese themselves are one of the most ingenious and inventive people in all of human history.


They were making high quality tempered steel and had blast furnaces while we in Europe were still using cast iron for the same thing's.

You may notice that the post above linking to the Dashka map is actually a site refuting claim's that it is a map, I personally do not believe that it is but however there are many artifact's that do beg question's about the true depth of human or at least human like history on this planet such as hammers in rock which could be argued as more recent petrification or concrustation, nail's and other artifacts in Coal which are definitely harder to explain for the discerning skeptic whom usually then fall back on the calling them a hoax route.

My personal belief is that history is actually non linear and we may have more than one single past - sound's strange I know but I feel that if reality's can converge in quantum theory than any such reality would have not one past but a separate past for each of it's component pre-reality's and this mean's that if you were a time traveler and could hop into your time ship to visit the past you may find it is quite different to what you believe, even to what the evidence in your own present shows, in fact you would potentially find yourself in only one of several independent reality's which were then destined to merge into a unified reality that made up your present reality of today.

But that is getting into some difficult for many to grasp hypothetical what if's.

The fact is that there ARE artifacts that are very hard to explain and that evidence does get ignored, called fake or even conveniently lost though the Dashka map is a very poor example to have used in for that.

Imagine if you will you have two parallel reality's that are different in many way's, even have separate history that diverged many million's or even billion's of years ago but in both of those reality's whatever differences there were on the earth the rest of the universe was more or less identical in both reality's.

An aging giant star that exists in both reality's with no differences - so is actually the same star in both coexistent within them reaches the final throws of it's life cycle and undergoes the gravitation collapse that turn's it into a black hole.

At the very instant that it becomes a black hole it's gravitation influence increased exponentially and it emit's a gravity wave but not just any gravity wave, think about this as a super reality gravity wave that zip's the two separate reality's that the former star existed in back together as it rippled out across the universe, in a near reality a guy is walking down the street with his newspaper in his right hand and in another it is in his left, only one reality survived but it is not the left or the right and instead in the new reality made from the other two one of three outcome's is made real, either he has no newspaper or he has it in his left or his right - but in rare instances he may find he has two newspapers one in each hand.

So which of those past's is the real one, well in fact both are.

So in one earth an ancient super civilization exists and in another it does not, the merged reality may still not have that civilization but fragment's left over from this merging of reality may remain to puzzle the people whom come to live there in time and wonder whom could have done this or whom could have done that and then they have to fall back on blaming Alien's etc when there is actually no need at all, oh and fragment population's could also survive such a merging, some may find themselves in a reality were they slowly die off leaving legends of there existence among the people whom survive while others may potentially transcend that dimension and become something else IF consciousness does have real quantum effect on the nature of reality itself as well.
Think about it like a natural reality bomb, more devastating than a nuclear device but with a fairly random effect, random only because we can not measure the component reality's but as we learn more it may one day be possible if this concept is ever studied to reconstruct partial combinent time line's (think about it like quantum pathology).

It is only one potential answer to the whole conundrum though.

posted on Dec, 8 2017 @ 07:29 AM
link
This is really cool but to possibly ground a few readers going down the hidden history route, its a city from approx 3k BCE and its massive diggings of banks, ditches, terraces etc. Very impressive and valuable to all kinds of interpretations, but getting large numbers of humans together for manual labour under a clear direction is well evidenced like totally everywhere. Tis what we do.

But yar, interdimensional portals are probably relevant to the discusssion

Ha No portals' there man.

Ever seen a sump, there is a nice little tarn I know were the outflow form's a small river that then disappears into a limestone sump at the top of the cliff that used to be the highest waterfall in western Europe, specifically in England until the sump appeared following one dreadful deluge a couple o hundred years yonder, now there is a river that flow's out at the base of the cliff and of course everyone assumed they were the same river but when they put dye into the water they found that it was actually a completely different river, limestone is just like that for some reason.

Anyway Water Management, the Indus Valley civilization had it at least contemporary to this in China but likely water has been damned and used for a lot longer even than for agricultural purposes, hunting for example would be one reason and stone age hunters would have seen how Beaver build there damn's as well as many other potential sources of inspiration.

Of course earthen ditches in places were the practice has gone on for consecutive generations such as the Nile would be harder to find a genuine start date to pin on them so only generalized dates based on assumption can then be pinned.


Oh just to clarify, I know it can be a little hard to understand but the above has no portal's anywhere, think about it more like two book's, they are roughly the same story but with differences like two editor's worked on the same story and did it differently, a third editor comes along and tears half the pages out of both book's and merges them together but it is different yet again because of this, not better or worse - though it can be from perspective but simply different.

edit on 8-12-2017 by LABTECH767 because: Ever get the impression auto correction is your enemy, the computer is out to get ya, sure you do unless it's scared of you for some reason - ha take that ya dastardly machine

Just some gentle ribbing i understand your point, but it's a lot of metaphysical speculation that is required to shoehorn pseudohistory and misapprehensions into an overarching theory when we already have a more than decent and increasingly emerging interpretation of early cities and related technologies already. Its just too prosaic for some.

Already have, there is always room for improvement and I was of course a fan of the fortean time's.
My take is that while there may be a rational explanation for everything the rational itself may need to be expanded.
Still you were correct I was drifting very far off thread following my own thought's and that was wrong of me.

I'm afraid you are using the word 'whom' in completely the wrong way where you only need to use 'who'.

Early irrigation in China was already known about.