posted on Dec, 3 2017 @ 04:37 PM
link
China is still building the older H-6K bombers. Had this been any other nation, perhaps other than the US, I'd have said this is a sign the H-20 program is in trouble. If this had been Russia, I'd say the H-20 was toast as the PAK-DA program appears to be. However, China has a significantly larger economy than Russia and is probably building these for two reasons.

One, this will still work as a long range stand-off missile truck, a la the arsenal plane or B-52. Plus not all situations will require a stealthy platform. I can see, in the future, China intervening in Africa, and those governments will probably not have 5th gen or 6th gen fighters to oppose any H-6K bombing runs.

And, two, they probably want to keep aerospace manufacturing going so the skills stay fresh. yes, there will be retraining from one bauplan to the next, but having some experience is better than none at all.

posted on Dec, 3 2017 @ 05:28 PM
link
Not surprising. They need cheap airframes, and they're already quite familiar with the Badger.

The Badger's are probably more mission capable than the P-8's currently being delivered, so there's that.

Only the uS does that.

I'd probably be more interested, if I were China, in using Cloud Shadows for the anti ship mission.

It doesn't have the endurance or flexibility of the Badger. It also hasn't been ordered by anyone, as far as I know.

Thats because our carriers arent sitting ducks. We have several things i wont mention that will thwart all known ways to attack a carrier.

As for the black triangles. Theyre real. Ive seen many of them. Ill admit to that. 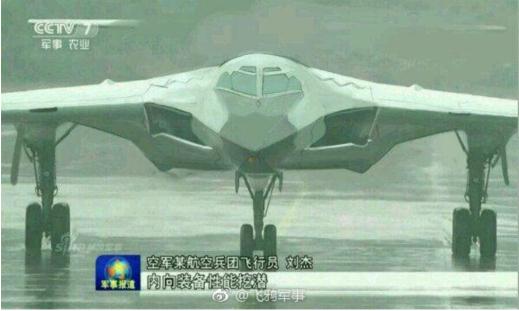 What's laughable is that the engines are still sourced in Russia.

They would also have to find the carrier task group first. Even in 2017 a nation at war with the US would have a very dark shot at finding it.

originally posted by: anzha
a reply to: spy66

The one bellow you mean. The real one is the top one

That's not what the various forums appear to indicate.

It's quite possible the H-20 (or a demonstrator for it) is flying.

This photo doesn't appear to be evidence of it though.


'They' don't mention it because its the glaring truth. In the modern world, Carriers are obsolete. They just don't know it yet.

originally posted by: face23785
Do they export it?

Per Wiki (I know, I know...), the H-6 was exported to both Egypt and Iraq. Egypt retired the type in 2000. Iraq only ever purchased 4, one of which was destroyed during the Iran-Iraq war and the other three during the Persian Gulf War.

The H-6 was itself a license-built version of the Tupolev Tu-16, which saw service in the Soviet (and later Russian) Air Force, various former Soviet Republics, as well as Egypt and Indonesia.