posted on Nov, 26 2017 @ 02:46 AM
link
You forgot she has never accomplished anything on her own. If it wasn't for Bill Clinton the only attention she would have would be on the post office wall.
a reply to: xuenchen

Oh come on, you "Wah!" daily. Here, have a mirror. Hillary is corrupt and won't go away. That's why. Xeun detailed some of the "progressive" resistance she's still scheming.

When she dies, shuts up, or goes to jail we'll stop tracking her like the effing enemy to the American peoples she is. Hell, to the whole world. Just ask Libya for one. It's a big list.


When, as you write, she dies we will still be fascinating over her life and career as we do similar to JFK. She's a fixed point in Time and Space now.

posted on Nov, 26 2017 @ 08:08 PM
link
a reply to: carewemust
Does not need her endorsement, but to run interference and to make the republicans waste money.

After blowing more than a billion dollars last year, she's the expert. 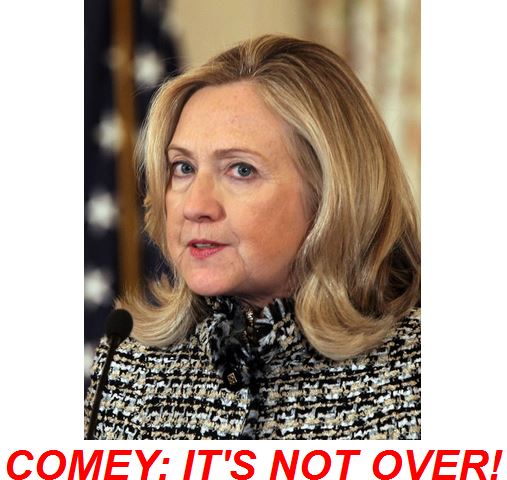 Is that photo FOR REAL? I've never seen Hillary while Satan is actually in possession of her mind. Wow!

BTW...Your thread title collaborates the growing number of Democrats who are finally realizing that Hillary is "very dangerous".


Susan Sarandon called former presidential candidate Hillary Clinton “very dangerous” Sunday — and said the United States would be at war had she won the 2016 election.

originally posted by: links234
a reply to: sdcigarpig

No, they'll just focus on any possible connection to her that they can muster. 'Candidate A walked by Hillary in a hallway once, what could this mean? Maybe that the Clinton Foundation donated uranium to North Korea with Candidate A's blessings? An anonymous source suggests the FBI is investigating this very possibility!'

Honestly I've been so busy the last four months, Trump is just a passerby Like most everybody else.