Joel A. Getz served as Director of Development for the William J. Clinton Foundation in New York and was President of the Mayor’s Fund to Advance New York City. He ran the foundation’s “charitable, educational, and economic development initiatives,” raising over $135 million annually and later joined Yale University to become Senior Associate Dean for Development and Alumni Relations.

Hold on a sec…

A Chinese kindergarten run by a US-listed group is under investigation after claims of sexual molestation and needle marks on children. Parents say their children were stripped naked, given unknown “white pills” and “brown syrup”.

The scandal broke out at the nursery in Beijing’s eastern suburb of Guanzhuang. The incidents were reported in two groups; each had some 25 children aged from 2 to 6. The kindergarten is run by RYB Education Institution, which is currently listed on the New York Stock Exchange.

Medical examination of eight children confirmed that the injuries were caused by needles. One parent stated, “Disobedient students were also forced to stand naked or were locked up in a dark room at the kindergarten.”

RYB says on its website it runs a network of more than 1,300 directly owned and franchised play-and-learn centres and nearly 500 kindergartens for children up to age six in about 300 Chinese cities and towns.


Now, for the conspiracy angle (research time)!! Joel Getz was also the president and co-founder of Rim Pacific, a manufacturing and distribution firm focusing on art reproductions.

Speaking of art: Skull and Bones

I couldn't link him to FAPE, but the Yale School of Management is a good place to start poking around. Regarding RYB, there is another person of interest with Clinton connections.

Liang "Leon" Meng, a Director of RYB, has Clinton connections through Yale School of Business, among others, and is also is a member of Ascendent Capital Partners, 5 of 6 members are alumni of Yale school of Management (the other one, JP Morgan and Goldman Sachs).

Back in 2010, Wilbur Ross (Forbes Billionaire), gave $10 million to Joel Getz to help fund Yale's School of Management library. Clinton appointed him in the 90's, to the "...board of the U.S.-Russia Investment Fund, established by the government to make investments and promote American business interests in Russia."

Fast forward to earlier this month...

After becoming commerce secretary, Wilbur L. Ross Jr. retained investments in a shipping firm he once controlled that has significant business ties to a Russian oligarch subject to American sanctions and President Vladimir V. Putin’s son-in-law, according to newly disclosed documents.

The shipper, Navigator Holdings, earns millions of dollars a year transporting gas for one of its top clients, a giant Russian energy company called Sibur, whose owners include the oligarch and Mr. Putin’s family member.

Despite selling off numerous other holdings to join the Trump administration and spearhead its “America first” trade policy, Mr. Ross kept an investment in Navigator, which increased its business dealings with Sibur even as the West sought to punish Russia’s energy sector over Mr. Putin’s incursions into Ukraine.

Some truly sick and disturbing developments. Can't add much else at this moment, since I can't even think over the sound of my blood boiling.
edit on 25-11-2017 by ZombieZygote because: Flargindy

posted on Nov, 25 2017 @ 07:40 PM
link
these bloodsucking cultists , and thats what they are, will be pulled out into the light for everyone to see.

Even less so an independent director, which this Getz guy is.

Independent Director as defined by NYSE..

Although the listing standards of the NYSE and Nasdaq are somewhat specific about director independence, boards are left to their own devices to determine who is independent because of three words: “no material relationship.” The actual NYSE standards state: “no director qualifies as ‘independent’ unless the board of directors affirmatively determines that the director has ‘no material relationship’ with the listed company, either directly or as a partner, shareholder or officer of an organization that has a relationship with the company.”

originally posted by: Chadwickus
a reply to: eisegesis

You aren't really making a point here, other than this has been going on for quite some time. Do your constant and obligatory deflections of pervasive Clinton crimes mean that you are a sympathizer? (Probably)


No, you said that. My thread title says "linked." The reader can decide to what extent. Independent directors are still allowed $120,000 a year in compensation, so he may have been profiting from the abuse.


You can only assume a person's level of involvement without direct knowledge of how they operate.

Some researchers have complained that firms have appointed "independent directors who are overly sympathetic to management, while still technically independent according to regulatory definitions."

I wonder if Getz was overly sympathetic to RYB's management?


So? The media reported this last Wednesday. Four teachers were jailed last year at a separate school managed by the same company, so it looks even worse that they were caught again, regardless of leadership.


I don't see anyone asking for your help.

The point is quite clear.

Sorry that I don’t swallow every anti Hillary thing that gets posted, I know it’s kewl for you guys but all the made up stuff devalues the real stuff.

You can only assume each person's level of involvement without direct knowledge of how they operate.

No, he’s an independent director, it’s clearly defined, he has no direct involvement with the company. These abuse cases within the company also happened long before he got there.

What this is, is he buys himself a seat, does nothing and makes easy profit. It’s that simple. 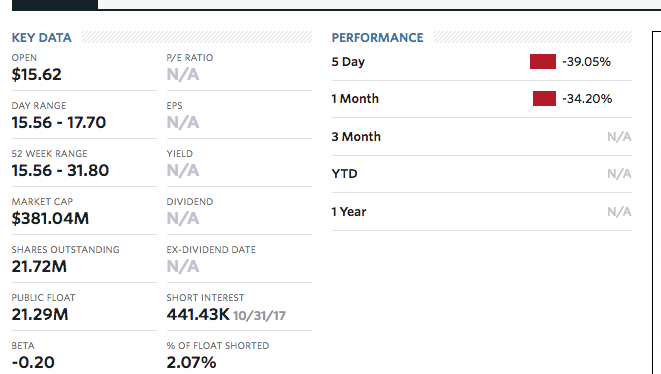 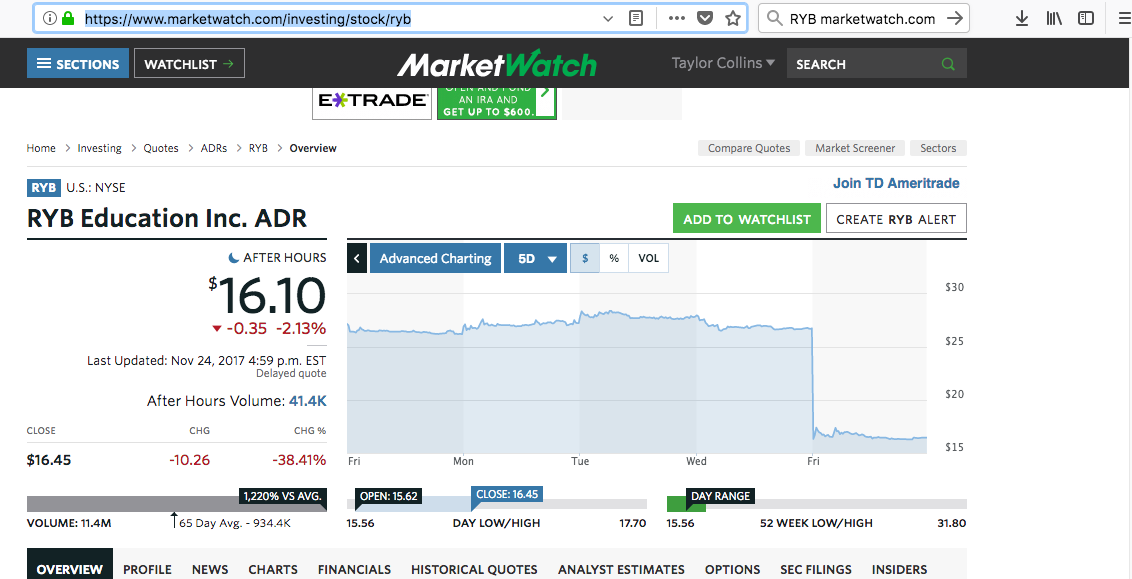 tied to the Clintons? These types of operations seem to always be tied to one big crime syndicate or another
edit on 25-11-2017 by FamCore because: (no reason given)

By the transitive property of propaganda this means the Clintons are pedophiles.

They got frequent flier miles on a jet called the lolita express.
So.....

Are you aware of the hundreds of millions of dollars investment banks like JP Morgan and Goldman Sachs pay for their financial crimes, without even having to admit to anywrongdoing based on the agreements these banks made with the courts?

It's just a drop in the bucket for them.

You think crime syndicates who have major scandals or losses are "dumb"? These corrupt bureaucrats and white collar criminals have profitable operations and a network or other scumbags working for them around the clock. These losses or exposures come with the territory and they know that.


Well they are losing money because they have just been caught with their pants down. That's not really the definition of stupid is it now.

The teachers were caught, yeah.

There’s no proof whatsoever that it went beyond them.

There’s no proof that any bureaucrats were involved.

The OP has just used trigger words to make you think they were.