Figurine is the oldest ivory sculpture outside southern Germany

Sensation find: Archaeologists have discovered in Saxony-Anhalt Palaeolithic fragments of a Venus figure. The carefully crafted pieces of ivory are around 34,000 years old and resemble the famous Venus of the High Rock. So they are a real rarity. Because figurative art from this time was previously known only from caves of the Swabian Alb. The new find now represents the oldest known ivory sculpture outside southern Germany.

The Paleolithic site Breitenbach near Zeitz in Saxony-Anhalt is a true treasury for archaeologists: The site is considered one of the oldest ivory workshops in the world. Here, our ancestors processed mammoth ivory around 34,000 years ago and made tiny beads out of it, for example. But that's not all: Artful sculptures apparently already belonged to the repertoire of the artists living there, as a unique find now shows.

Fragments of a Venus


For in 2012 discovered ivory fragments from Breitenbach have now turned out to be fragments of a so-called Venus figure. The three small, only between 1.4 and 1.8 centimeters large fragments appear at first glance, although very inconspicuous, but have been carefully edited and polished.

And: They can be easily assigned completely preserved figures similar to the famous Venus of the High Rock . This ivory sculpture is considered the oldest example of figurative art worldwide and was found a few years ago in the Swabian Alb .


The finding of Olaf Jöris of the Research Center for Human Behavioral Evolution "Monrepos" in Neuwied and his colleagues is a small sensation: So far, sculptured statuettes from the time of the so-called Aurignacian culture were known only from caves in southern Germany.Later, figural sculptures can be found throughout the Eurasian space, as the team reports.

The Venus figure of Breitenbach is thus the oldest known ivory sculpture, which was discovered outside of southern Germany. According to the researchers, this shows that figurative sculptures in Aurignacia are part of a tradition that was not limited to southern Germany alone - but spread beyond that by the end of this cultural phase at the latest.

"Breitenbach is thus at the turning point of a transregional cultural upheaval, which can probably be understood as a change in the worldviews and social coexistence," it said in a statement.


Here is an article from 2012 about the discovery of this site:

Oldest ivory workshop in the world discovered in Saxony-Anhalt

posted on Nov, 24 2017 @ 09:55 AM
link
Maybe it's because Thanksgiving was yesterday, but that first pic looks almost identical to the turkey I fried yesterday.....with bigger breast of course.

That just proves that rule 34 ist way older than the internet. 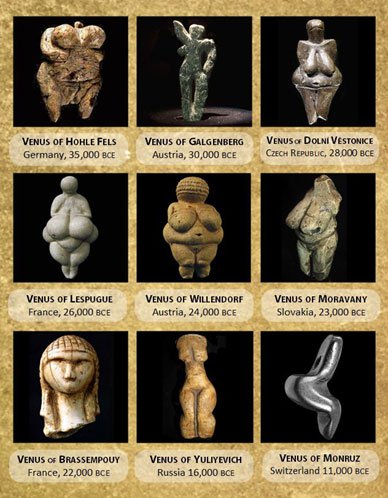 Hey psst, I hear those hunting trips can get real long and lonely... Wanna buy a figurine? I'll wrap it in moss - very discreet

Wait what??? Period tools? Are you telling me they carved those figurines with stone age femcare products?

originally posted by: skalla
a reply to: pavil


the Earth Goddess.... the Fertility Goddess sect was the global religion of the times

there have been hundreds of those fertile women statuettes found all over the globe... for 20,000 years the Neolithic tribes of men worshiped that figurine....
well before the Patriarch Religion Culture took over the Planet & brought War & Conflict as a byproduct of their Pagan religion with a GodMan instead of a Goddess....

the "Venus" designation is a stupid device to get clicks imho

Ossified. Means customers have to wait but it's a nightmare of clots otherwise

posted on Nov, 24 2017 @ 11:42 AM
link
Big breasted chicks back then. What happened to humanity over the millennia? Perfect discussion for this week.


the "Venus" designation is a stupid device to get clicks imho

Except the Venus designation predates "clicks".

Interesting stuff but this whole thread is going to descend into a bunch of man-babies making snide remarks about fat women.

Lighten up a touch perhaps, this is not one of the webs more sober destinations.

Eta.. you may be right, sorry. No one wants sanitary towel jokes. I do admire a big lass tho. Those cave dudes had it right
edit on 24-11-2017 by skalla because: (no reason given)

originally posted by: pavil
a reply to: MindBodySpiritComplex

Women store the essential oils and fats used to make a babies brain around their butts. Big boobs indicate she can breast feed her babies. When the immune system is healthy, hair is thick. No thyroid or nutrition problems.

Or maybe the artists only knew how to sculpt round curves.

originally posted by: rickymouse
Big breasted chicks back then. What happened to humanity over the millennia? Perfect discussion for this week.


Times are a changin'! 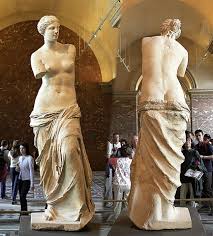 Please, by all means feel free to use the scientific method to falsify all of the data and the dates ascribed to this and related artifacts if you're that confident of your position.