THE Bank of all Banks

In his startling introduction, he opens:
(please excuse word breaks)

Five years later I was meandering through a used bookstore and stumbled upon this giant book. I picked up the book, blew the dust off and opened it to a page where the author stated that:
"...[T]he powers of financial capitalism had another far-reaching aim, nothing less than to create a world system of financial control in private hands able to dominate the political system of each country and the economy of the world as a whole. this system was to be controlled in a feudalist fashion by the central banks of the world acting in concert by secret agreements arrived at in frequent private meetings and conferences. The apex of the system was to be the Bank for International Settlements in Basle, Switzerland, a private bank owned and controlled by the world's central banks which were themselves private corporations....

"It must not be felt that these heads of the world's chief central banks were themselves substantive powers in world finance. They were not. Rather, they were the technicians and agents of the dominant investment bankers of their own countries, who had raised them up and were perfectly capable of throwing them down. The substantive financial powers of the world were in the hands of these investment bankers (also called 'international' or 'merchant' bankers) who remained largely behind the scenes in their own unincorporated private banks. These formed a system of international cooperation and national dominance which was more private, more powerful, and more secret than that of their agents in the central banks. this dominance of investment bankers was based on their control over the flows of credit and investment funds in their own countries and throughout the world. They could dominate the financial and industrial systems of their own countries by their influence over the flow of current funds though bank loans, the discount rate, and the re-discounting of commercial debts; they could dominate governments by their own control over current government loans and the play of the international exchanges. Almost all of this power was exercised by the personal influence and prestige of men who had demonstrated their ability in the past to bring off successful financial coupes, to keep their word, to remain cool in a crisis, and to share their winning opportunities with their associates."


I could hardly believe what I was reading. I sat in the bookstore and read until closing time. I then bought the book and went home where I
read almost all night. For the next twenty-five years I traveled throughout the United States, Europe and the Middle East following one lead after another to determine if the incredible words of the professor were really true. While serving as the Editor of a scholarly journal on international affairs, Director of the Center for Global Studies and foreign policy advisor for a key U.S. Senator in Washington, D. C., I conducted over 1000 interviews with influential world leaders, government officials, military generals, intelligence officers, scholars and businessmen, including corporate CEOs and prominent international bankers and investment bankers. I went through over 25,000 books and over 50,000 documents. I learned for myself that the professor was telling the truth. 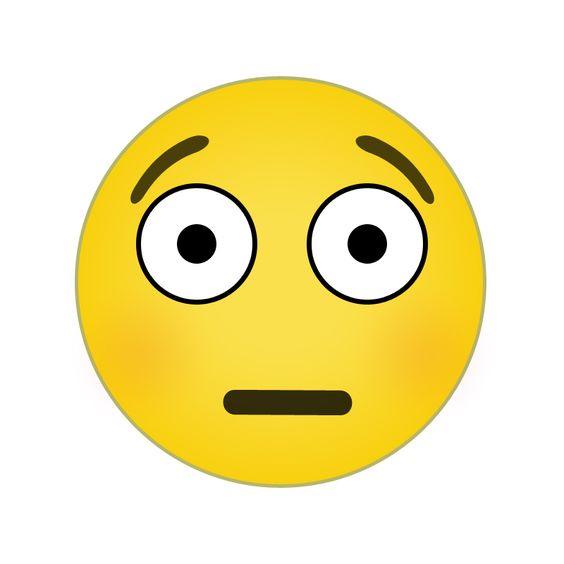 So what everyone has feared is true all along.. While these are not new revelations, his qualifications lend to its legitimacy.


There really is a "world system of financial control in private hands" that is "able to
dominate the political system of each country and the economy of the world." I call this
system the World Trade Federation. It is an ultra-secret group of the most powerful men
on the earth. They now control every major international institution, every major
multinational and transnational corporation both public and private, every major domestic
and international banking institution, every central bank, every nation-state on earth, the
natural resources on every continent and the people
around the world through complicated inter-locking networks that resemble giant spider webs. This group is
comprised of the leading family dynasties of the Canada, United States, Britain,
Germany, France, Italy, Japan, Russia and China.

I found a site where somebody actually went to investigate and take some pictures of this central bank of all central banks - The Bank for International Settlements in Basle, Switzerland:


It was supposedly used to launder money for the Nazis in World War II.

The talk that inspired this investigation:

edit on Thu Nov 23 2017 by DontTreadOnMe because: book is coprighted....PDF removed link to book on Amazon

They are in the last stages of developing a World Empire that will rival the ancient Roman Empire. However, this new Empire will rule the entire world, not just a goodly portion of it as Rome did long ago, from its ultra-secret world headquarters in Germany. This group is responsible for the death and suffering of over 180 million men, women and children. They were responsible for World War I, World War II, the Korean War, and Vietnam, etc. They have created periods of inflation and deflation in order to confiscate and consolidate the wealth of the world. They were responsible for the enslavement of over two billion people in all communist nations—Russia, China, Eastern Europe, etc., inasmuch as they were directly responsible for the creation of communism in these nations. They built up and sustain these evil totalitarian systems for private gain. They brought Hitler, Mussolini, Stalin and Roosevelt to power and guided their governments from behind the scenes to achieve a state of plunder unparalleled in world history.

- from Tragedy and Hope by Carroll Quigley

It probably goes much higher than that.

The Angelo-American Establishment was good as well.

The round table groups

posted on Nov, 23 2017 @ 11:31 AM
link
Can you imagine being Quigley? He was educated and indoctrinated in the heart of the beast, mainstream academics. I wonder what type of mental trials he went through when discovering this information? I wonder how great the temptation was to just forget everything he had just read. Did this affect his career at all?

I can't imagine many mainstream professors abandoning their paycheck to embrace this information and make other people aware that all wars are banker wars.

Criminals and with their crimes, and I exaggerate not, the human race may never recover from them

The Basel Committee on Banking Supervision (BCBS) is the primary global standard setter for the prudential regulation of banks and provides a forum for cooperation on banking supervisory matters. Its mandate is to strengthen the regulation, supervision and practices of banks worldwide with the purpose of enhancing financial stability.

Every other business has to add Inc. or Corp. at the end of their business name. The banks even hide their 'business' behind other labels, like "Federal Reserve", to fool the people into thinking they are part of the gubment.

The Banking Corporations hide , Banks Inc., are a global scam.

Petro dollars is one of their facades.

You know, the stuff that's gonna turn people on their heads?

It doesn't require currency in order to trade effectively.

The concept of money was injected by an outside source by way of our good philosopher Aristotle?

Aristotle explains that actions are necessarily and fundamentally singular. For Aristotle, the individual human action of using wealth is what constitutes the economic dimension. The purpose of economic action is to use things that are necessary for life (i.e., survival) and for the Good Life (i.e., flourishing). The Good Life is the moral life of virtue through which human beings attain happiness.

I can see where that thought process leads to exclusivity, does anyone else?

Usually, I don't see that anywhere.

James Corbett brings out in this interview what might be happening as far as the petro dollar is concerned because of the latest in SA.

I am not sure where that thought process leads to.

I see nothing wrong with a medium of exchange that can be substituted in place of actual goods. The problem is the medium of exchange needs to be limited. We don't have anything close to that. We have fiat that has been and will continue to be created out of thin air. Every time a new unit of exchange is created out of thin air, it devalues all of the fiat in circulation. There should be nothing wrong with deflation. It would make people think twice on taking out useless loans to purchase useless 'stuff'. The loan would no longer be easily paid off by inflation but would get more expensive to carry year to year.

I don't think we will ever reform our financial system. The only thing that can be reformed is ourselves. Our wants and desires. We could bring this entire system down by not valuing what 'the powers that be' value. We need to covet something else. Something like nationalism. Self sustainability where food is grown locally. Businesses that operate locally instead of globally.

Thanks so much for clarifying-- I mean covering up for them...

This info ain't gonna disinfo itself buddy.
We all got to do our part for our reptilian overlords

World currencies are all linked to International Banking "Corporations", Money supplies are different looking but all lead back to the same Fiat 'system' of Banking Control. If a 'currency' fails they issue new ones. The have all the gold in their basement vaults to use as reserve and we all know the 'Golden Rule'.