The Clinton White House doubled down on 'abusive behavior

She was talking with another Democrat big shot David Axelrod in Chicago.

Looks like big Democrats are attempting to sway the opinions in time for the 2018/2020 elections.

As a wave of stories unfold about sexual harassment and assault by men in power, a senior Democratic leader says her party should reflect on how it handled such charges when they were leveled against former President Bill Clinton.


"Not only did people look the other way, but they went after the women who came forward and accused him," says Kathleen Sebelius, the former secretary of Health and Human Services and Kansas governor. "And so it doubled down on not only bad behavior but abusive behavior. And then people attacked the victims."


Sebelius extended her criticism to Hillary Clinton, and the Clinton White House for what she called a strategy of dismissing and besmirching the women who stepped forward—a pattern she said is being repeated today by alleged perpetrators of sexual assault—saying that the criticism of the former first lady and Secretary of State was "absolutely" fair. Sebelius noted that the Clinton Administration's response was being imitated, adding that "you can watch that same pattern repeat, It needs to end. It needs to be over."

Remember this gem???
Where was his respect for women?

One of the more creepy Political vids making the rounds is PJW Uncle Joe . The Dems and the GOP will all be looking at ways to create a narrative for 2018/20 elections but I think they both will have to do a bit of Swamp cleaning first .

Not really sure how that is a bombshell...It was commonplace for ...well, forever, to blame the victim for being a victim of sexual assault, rape, harassment, or anything of a sexual manner. In some countries and cultures it still is considered to be the victim's fault. We are just starting to fully recognize the ideals of victim's rights in this country.


What an interesting hinted idea. Lets see how these allegations are being seen/dealt with during the early Trump Administration? Well it looks like it's currently being handled by pushing the situation out into the media/public and not getting hidden.

Is this how you're seeing it, or do you have a different take?

originally posted by: underwerks
Great. Let's go back longer than 20 years and examine every presidential administration then.

Forget about Democrats chopping each other apart !!

Today on NPR they had this "The Sexual Politics of Meat: A Feminist-Vegetarian Critical Theory" crazy lady on talking about females in the animal rights movement getting 'harassed' or whatever. This whole spiel about how you'd expect to not get that kind of behavior from dudes in that liberal vegetarian scene. She kept on about its all because of The Patriarchy. Women and animals are the same. Animals are meat, women are meat sort of stuff. I didnt hear the whole thing, but when I got back in the truck she was carrying on about how Trump caused some "toxic" escalation of The Patriarchy, especially with "white males" (because black & hispanic & arabic males aren't pushy operators in the slightest of course). So I guess bad pet owners, and human beings eating meat (which is how we got as smart as we did) is Trump's fault now too. 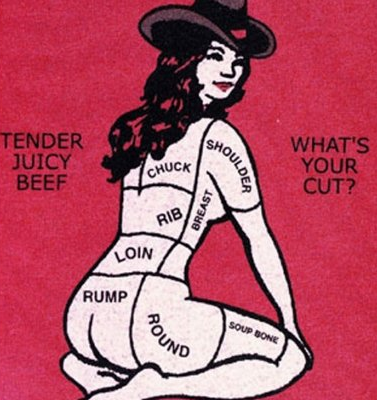 posted on Nov, 22 2017 @ 05:31 PM
link
You know a lot of this stuff about Clintons abusing women is propaganda that has gone out of control.

We all knew that old Bill was unfaithful.

But if you remember, during the recent campaign when Trump boasted about groping women thats when the stuff about the Clintons came out and do you know why?????

Because the Trump campaign new that they could not make Trump look like he was not groping women because he just admitted to it so their only option was to make the public believe that the Clintons were worse. They created this massive lie that Bill was a rapist and Hilary enabled it all to distract for the very real fact that Trump had admitted to sexually assaulting women.

I find it funny that you lot have fell for it.

Bill paying sexual harassment settlements while POTUS is ancient news. Trump merely countered them going completely bananas over his macho talk about groupie culture thing, with it. Where dudes over exaggerating about sexualism bragging is as old as tall fish tales, so who really knows anything, except for the fact Bill's a stalker. Recall they had that tape (provided by a Bush no less) qued up ready to drop when the Wikileaks hit. Also note they had brought Mark Cuban front stage to deliberately try to throw Trump off his game, before he followed suit with Bill's sex victims (3 of them anyways).

So lets keep this honest shall we?

This isn't about Trump.

It's about Democrats cutting apart other Democrats.

Your analysis is void and sick. 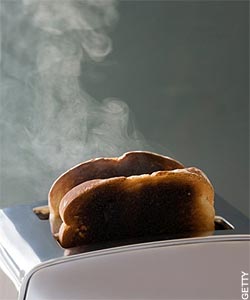 take you to a twitter post that has a dropbox hot link
edit on 22-11-2017 by Trillium because: (no reason given)

You do realize this thread is about Clinton right?

You seem to have an unhealthy fixation with Trump! You might want to talk to your shrink about that.

By doubled down do you mean he sexually assaulted twice as many women ?

originally posted by: xuenchen
a reply to: Trillium

To a Google drive exl file

Taking the moral high road after living in the gutter is pathetic.

Are republicans any better? Hell no!

I know that they will fool the gullible leftists who think that abuse can be excused with a non-apology and a sternly worded speech, but for the rest of us, they'll look even more pathetic!