posted on Nov, 13 2017 @ 04:20 PM
link
These concerns are simply futile. You can't do anything about this and I posted a thread earlier where Russia already has these vehicles. Putin has said whoever leads in A.I. will rule the world.

There could be an A.I. arms race but the only winner would be A.I.

Stuart Russell, a leading AI scientist at the University of California in Berkeley, and others will show the film on Monday during an event at the United Nations Convention on Conventional Weapons hosted by the Campaign to Stop Killer Robots. The manufacture and use of autonomous weapons, such as drones, tanks and automated machine guns, would be devastating for human security and freedom, and the window to halt their development is closing fast, Russell warned.

“The technology illustrated in the film is simply an integration of existing capabilities. It is not science fiction. In fact, it is easier to achieve than self-driving cars, which require far higher standards of performance,” Russell said.

The military has been one of the largest funders and adopters of artificial intelligence technology. The computing techniques help robots fly, navigate terrain, and patrol territories under the seas. Hooked up to a camera feed, image recognition algorithms can scan video footage for targets better than a human can. An automated sentry that guards South Korea’s border with the North draws on the technology to spot and track targets up to 4km away.

While military drones have long been flown remotely for surveillance and attacks, autonomous weapons armed with explosives and target recognition systems are now within reach and could locate and strike without deferring to a human controller. Opponents believe that handing machines the power over who lives and dies crosses a clear moral line.

Because AI-powered machines are relatively cheap to manufacture, critics fear that autonomous weapons could be mass produced and fall into the hands of rogue nations or terrorists who could use them to suppress populations and wreak havoc, as the movie portrays.

Here's a short clip from the movie.

Sadly, there's nothing that can be done. This comes from people simply not understanding intelligent algorithms. They don't need to be programmed. They learn how to play video games, play poker, spot cancer and more.

You don't need human level consciousness to create an algorithm that's more intelligent than any human that has ever lived. Eventually, you can have these algorithms learning how to be extremely efficient terrorist.

Artificial Intelligence isn't programmed to learn. The only thing humans do is give it the domain or environment to learn from like Atari games or spotting cancer early.

Does that include DRONES?

We desperately need to do this.

I just finished watching Singularity man kinds only salvation would be an exoplanet far,far away!

posted on Nov, 13 2017 @ 04:54 PM
link
Human greed and need for power will prevent this from being halted. I wonder if the rich and powerful will be so sure it cannot turn on them despite "controls" that will be claimed to exist to prevent it.

originally posted by: roadgravel
Human greed and need for power will prevent this from being halted. I wonder if the rich and powerful will be so sure it cannot turn on them despite "controls" that will be claimed to exist to prevent it.

You just know they will type in their magic population size number.

posted on Nov, 13 2017 @ 05:13 PM
link
First and foremost, my concern with such propositions is the naive assumption that banning anything works.

It doesn't. Even worse, it directly establishes what type of individuals and groups will be involved, and pretty much removes any and all oversight from the public, or otherwise.

It just enables the concept that sweeping it under rug somehow removes the dust and dirt.

With this topic specifically, there really is no "pulling the plug" at a certain point. We can either embrace it, and adapt, or.. not. And, cover our eyes and plug our ears until it becomes impossible to ignore. I'd say this goes for automation as well.

Care and caution are certainly warranted, but its going to happen.

On 3 November, the agency told biotechnology start-up MosquitoMate that it could release the bacterium Wolbachia pipientis into the environment as a tool against the Asian tiger mosquito (Aedes albopictus). Lab-reared mosquitoes will deliver the bacterium to wild mosquito populations.

The decision — which the EPA has not formally announced — allows the company, which is based in Lexington, Kentucky, to release the bacteria-infected mosquitoes in 20 US states and Washington DC.

The changes are supposed to stay in the mosquito population. Use a bacteria that is harmless in one species to be transmitted via males on the invading species and wipe out the offspring.

That is how it always starts. Then later there is running and screaming.

Nature's genetic algorithms beat any man made ones.

originally posted by: Peeple
a reply to: TinfoilTP

Ok then tell it about AI privilege call it machinist then when it builds a safe space, pull the plug.

When i was in 4th or 5th grade ca.'94. I would tell all my friends that robots would eventually take over the world and they would all laugh at me. A.I. is getting creepier every day now. Who is laughing now friends?.............. Ummm, not me.

Brought to you by - 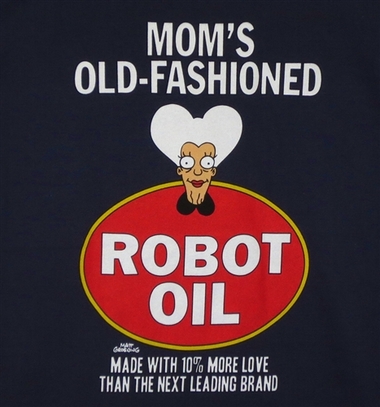 That was an amazing answer.

I would prefer robots fight robot rather than mixing with soldiers but in either case as long as we win I'm good. War is about wining or losing; there has too many participation trophies lately with politicians trying to micromanage recent conflicts. We spend too much time allowing public image to guide our actions.

Think a ban on killer people might be a better solution but that might put a spanner in the works regarding our military industrial complex and current political establishments.

Okay now that video is crazy, and is easily doable with even basic AI. This reminds me of the movie "Law Abiding Citizen" where the woman answers her cellphone, which has a tiny shape charge inside of the earpiece, kilNiling her. There are videos on youtube on how to make a freq jammer for use against drones and it indeed looks like it works. There are DIY type plans available. Thanks for posting!

posted on Nov, 13 2017 @ 06:17 PM
link
The sick thing is that this is possible right now...on a consumer level.
You purchase a DJI phantom 4 - with forward and below obstacle avoidance, hack its SDK and upload someone's Facebook profile, go to the general location of the target - within 5 km and set the drone to follow me mode.
Of course the hacker would need to do a couple more things to make it work like in the video...most of the upgrades can be found on the Blade hobbies website.
Strap up to 3 lbs of explosive and you got yourself a killer drone.

You can even have a frequency jammer on a drone.
Using LiFI - light fidelity networking, the drone can broadcast a standard 2.4 or 5 ghz frequency jammer while flying autonomously or being piloted.

DARPA didn't DO that that.