It's super creepy that these kind of videos have gotten millions of views on a single video.

Agreed. There are a lot of sick #s out there.

You'd think Disney would be all over them for copyright infringement.

That said, I have no idea the volume of content that is there.

posted on Nov, 11 2017 @ 05:06 PM
link
The icon one of these channels use seems very similar to the symbols pedos use according to this thread 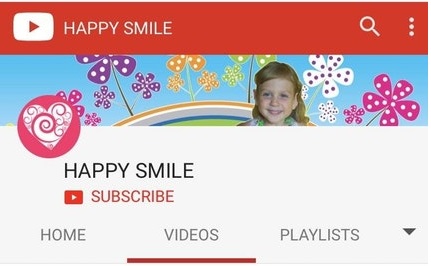 
originally posted by: pavil
a reply to: Liquesence

You are the one saying it can't be on YT and they should remove them. I agree but the evidence clearly shows YT doesn't give a damn about children.

No, I didn't say it can't be there. I just said I find it hard to believe they allow obscene children's content to remain even after it has been reported.

That's well and fine. It's super creepy that these kind of videos have gotten millions of views on a single video. Lord knows what the children watching them will turn out like. You Tube can't keep up with the volume of videos these creepsters produce. You'd think Disney would be all over them for copyright infringement.

It wouldn't surprise me if it is disney making these videos. They're a sick company.


No, I'm not pointing a finger for political purpose. A tiny trip to google would have provided you with all the evidence you need yourself, but here you go, the announcement:

You think it's only 4-Chan who does this? I'll bet it's any ol' sicko who wants to mess with kids.

I'm sorry but that is a straight out lie, I've been following this from the start and 4channers were the first to discover this disgusting #e

Unless you have to evidence to back up that 4channers are the ones behind these videos please share it.


What's political about that statement?

Do you not find it odd that in This Topic the same user brought up 4Chan???? Sounds like Antifa needs a shipment of Snickers bars.......


What on earth are you talking about? What does Antifa have to do with this?

And I'm part of the conspiracy to place blame on the poor innocent boys of 4-chan?


4-Chan users themselves have proudly taken responsibility for it.


So, as you're happily telling me to stfu. I invite you to look at the evidence and quit throwing insults at me.

They have been demonitizing religious vids and even people who talk about crappy B movies. They've been hitting a lot of channels far, far less controversial than some of these.

I bet if you had a Nazi imagery in these same videos, they be removed in no time.

Also why is YT rewarding these kind of videos by monetizing them?

Again Google/Alphabet, " Do no Evil" my ass.

So to be short elsagate refers to a series of videos and channels that are appearing in YouTube directed at children on which popular cartoon characters, like frozen ’s Elsa, from where the name of the phenomena comes, do perverted sexual or violent things. So far the motivations of the perpetrators are not clear but it may be related to pedophile.

The perpetrators seem to be organized and they make their channels so the YouTube algorithms associate them to real channels that provide content for little children.


Access to any nursery rhyme or kids’ TV favourite characters with a quick search on YouTube or its safe child-friendly YouTube Kids platform is a boon to busy parents who want something safe for young children to watch. But ‘Elsagate’ is a sinister phenomenon that has surfaced – and all parents need to know about how children’s favourites are being subverted to bombard impressional youngsters with creepy content

Thank you OP for making this thread -

- I hope you don't mind that I made your link a bit more noticeable in your quote...

...it's just that this really is such an insidiously evil thing targeting our children, and I wish the topic would gain the interest of anyone here at ATS who might have the ability to thoroughly investigate it.

Did you happen to read the link within your link to the post by author James Bridle, "There's Something Wrong with the Internet"?

It is very long, but well worth reading, as he goes into a lot of detail about how much of this programming is out there -

- and asking the questions, of 'why' is so much time and effort being put into all this horrific stuff aimed at children, 'who' is at the bottom of it, and 'what' is the ultimate purpose?

Not to mention - Why aren't google and youtube doing anything to put a stop to it?


There really is something very, very wrong 'going on' with this stuff...

Also: OP, I really think you should ask the Moderators to move this thread to either one of the 'Conspiracy' forums or "The Gray Area" - because it really does deserve a bigger 'audience' than this forum might receive..

Why aren't google and youtube doing anything to put a stop to it?

Maybe it was their idea.

Take the tablet away.

I know it's not easy.

But those kids are more important.