Crab Is Seen Hunting a Bird in 'Gruesome' First

Seabirds apparently have a surprising new predator to worry about. A researcher who worked on the Chagos Islands in the Indian Ocean in 2016 says he witnessed a large coconut crab attack a sleeping seabird, which then became dinner.

Mark Laidre of Dartmouth College says he first spotted a crab climbing a tree to a low branch where a red-footed booby, which normally weighs about 2 pounds, was napping in its nest. The crab broke the bird's wing, causing it to fall to the ground, then continued attacking it, breaking its other wing, reports New Scientist.

Tell me this also isn't going to be blamed on 'global warming'...

It was the first time this hunting of a large, vertebrate animal had been observed among coconut crabs, which are the world's largest land-dwelling invertebrates, reaching up to 3 feet wide and weighing up to 9 pounds.

The behavior might not seem surprising given the crabs' size—they're often the largest species in the coral atolls they call home, per the Guardian—but Newsweek explains they were previously thought only to be scavengers with a particular taste for, as their name suggests, coconuts.


It will be interesting to see if there's any follow up on this.

Pretty amazing what these guys do for a square meal.

I'll post the link to the video - I'm not sure if it's against ATS T&C.

No blood, but that poor seagull.

I don't look on gulls as 'rats with wings' but many do - Sadly.


edit on 2001Friday201713 by silo13 because: spelling
edit on Fri Nov 10 2017 by DontTreadOnMe because: trimmed overly long quote IMPORTANT: Using Content From Other Websites on ATS


No blood but that poor seagul. I don't think they're 'rats with wings' but many do. Sadly.

I shall avenge the poor seagull! I'll eat the crab and all his luscious relatives!


No blood but that poor seagul. I don't think they're 'rats with wings' but many do. Sadly.

I shall avenge the poor seagull! I'll eat the crab and all his luscious relatives!


Crab is not something I've ever eaten. Now I'm not sure I will. All I'll think of is seagull...

Cockroach of the sea is a fantastic meal IMO of course.

There's a "crabs on the boobies" joke here somewhere...

Not land crabs. I can't imagine anyone enjoying a meal of land crab. Deep water crabs are delicious, though.

Guess so. Please, excuse my ignorance. 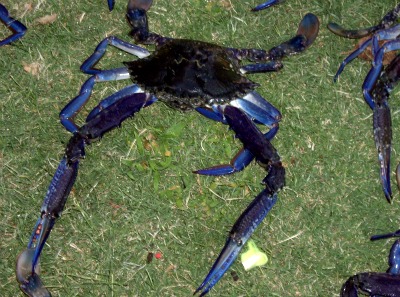 I used to live on Christmas Island (late 80's), and other than the famous red-crabs there are also numerous coconut/robber crabs, they are massive and intimidating and during mating season, the females will actively hunt their territory of all living things - including humans. Their shell is about 10mm thick in places, they have lock-claws and one of my friends on the island had 2 of his fingers missing from getting nipped when he was 8.

They taste like crap compared to sea-crabs - during Chinese new-year celebrations the Chinese/Malay folks cook them live on hotplates, very cruel. 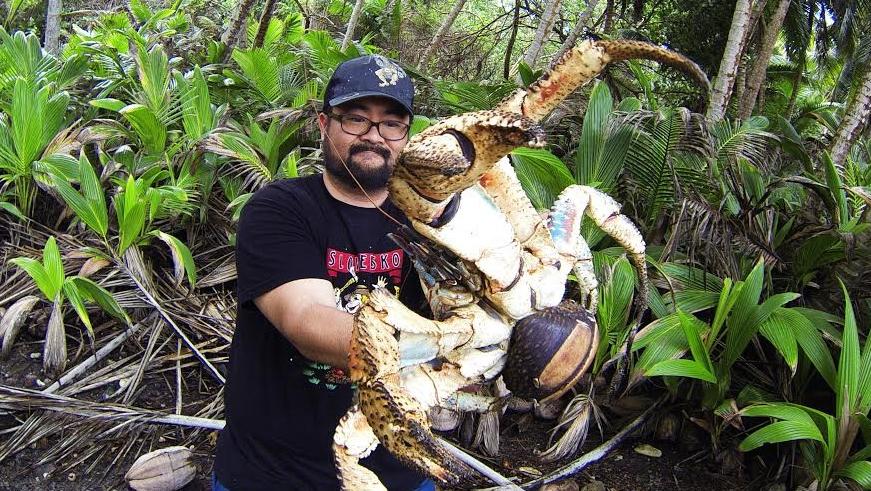 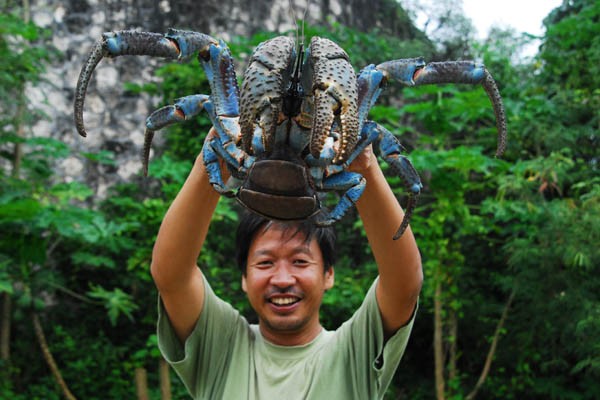 WHAT in the GREAT BLUE CRAB is THAT?'

What a lovely color though...


WHAT in the GREAT BLUE CRAB is THAT?'

Blue swimmer crab or i think in Western Australia its called blue manna crab . Caught mostly in the warmer months and man do they taste good . They can grow to around a metre across the outstretched claws but would be extremely rare . Biggest i have caught was a shade under 30 inches . Going crabbing in a few weeks woohoo .

Yup, and there are even groin crabs... so I've heard.

originally posted by: Baddogma
a reply to: JinMI

Yup, and there are even groin crabs... so I've heard.

They must reside in the down under.

I do obvious, corny humor just to give others the opportunity to do clever ... you are welcome.

You set them up, and I will flail and knock them down everytime!

If I fail, it was still worth the cost of admission!

originally posted by: burdman30ott6
a reply to: JinMI

Not land crabs. I can't imagine anyone enjoying a meal of land crab. Deep water crabs are delicious, though.

In South Florida there are thousands of land crabs. They occasionally migrate across highways and create a huge mess. The South Americans catch them, put them in cages and feed them dog food.They claim they are delicious. Woof

I used to hunt and clean/dress (butcher) my own game. But I didn't need this video.

Yes, besides it being a "dog eat dog" world, it is a "crab eat bird" world.

Why would anybody be surprised?


Tell me this also isn't going to be blamed on 'global warming'...


Probly not.
Newsweek is wrong. They eat all kinds of things. Including coconuts.


Crazy enough, this isn't the first time a coconut crab has been seen catching a red-footed booby, according to Laidre, who wrote up his findings in a paper published last week. Two years ago, a colleague of his witnessed a bird dragged into a crab's burrow, never to be seen again.


I don't look on gulls as 'rats with wings' but many do - Sadly.

You have something against rats? I've had a couple for pets.They're awesome.


They may also eat live animals that are too slow to escape, such as freshly hatched sea turtles. During a tagging experiment, one coconut crab was observed to catch and eat a Polynesian rat .