posted on Nov, 8 2017 @ 11:24 AM
link
Recordings of statements made by John Kerry in Dubai were released Tuesday showing Kerry condemning the nation of Israel while congratulating the Palestinians for their "restraint."

The former presidential hopeful said that: “The Palestinians have done an extraordinary job of remaining committed to non-violence. And in fact when the intifada (in 2015) took place they delivered non-violence – in the West Bank.”

Kerry's comments appear to ignore the regular attacks against Israeli Citizens and IDF forces by Palestinian terrorists. Regardless of which side of this debate you take, Kerry's comments represent a major departure from decades of US foreign policy/official support of Israel. Although he is no longer an official mouthpiece for the US government, his comments do explain the Obama Administration's lack of widespread support for Israel.

Warning of future violence, while ignoring existing attacks that occur on a regular basis. The terror attacks have been primarily stabbings (and attempted stabbings), but homemade rockets have also been made and fired at Israeli cities.

In my opinion, Kerry's statement appears to support Palestinian violence against Israel. Terrorism (violence with political goals) is never acceptable, and it is very telling that John Kerry (a former top diplomat) would even make such statements.

Just when I thought that idiot couldn't get any dumber - he goes and proves he is.

Thank God he's not our President.

That's because it's actually self defense

Every few years when Israel create their Operations like 'Protective Shield', they try and make out that's self defense, when in actual fact it's more like a cull of Palestinians.

You can be ignorant towards Palestine all you like, but Kerry is speaking truth and that seems to be something sorely lacking in the U.S. right now

posted on Nov, 8 2017 @ 11:38 AM
link
Why do we need to support Israel? What good does sending them hundreds of millions of dollars every year accomplish for the American people?

John Kerry is an idiot.

originally posted by: 3NL1GHT3N3D1
Why do we need to support Israel? What good does sending them hundreds of millions of dollars every year accomplish for the American people?

Nothing, but that's not new, tax payer money is expendable hence why it can be thrown around, I'm sure there are some tax payers that enjoy watching their cash being spent on toys of war so they can watch Muslim families be blown to pieces. To me that's just weird, and a bit sick

posted on Nov, 8 2017 @ 11:46 AM
link
Last figure I heard was Israel receives $6 billion yearly from the US and invests that directly into the US economy to make even more money. They are such a sad and sorry nation deserving of everyone's attention and money and help.

And this man was our Secretary of State? 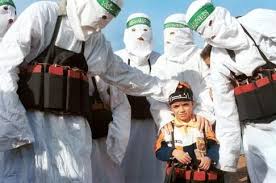 The start of the school year in a West Bank village was pushed back to Sunday after the Israeli Civil Administration on Tuesday confiscated and destroyed trailers that were supposed to serve as classrooms, along with other educational equipment. read more: www.haaretz.com...

posted on Nov, 8 2017 @ 12:12 PM
link
I want to know where all the defenders of Palestine were when it was conquered by the Ottoman Empire.

Back to evil Israel.

You mean back in 1920? Probably not even born yet.

"Excuse me, what mate?" in proper written form.

Never heard of it and I haven't started drinking yet, that's when the real fun begins

originally posted by: neo96
a reply to: Zcustosmorum

Good point, the picture could be anyone, and is still irrelevant to my point

However, Kerry said this was “overlooked by the general population because it’s not a topic of discussion. Why? Because the majority of the cabinet, in the current Israeli government, has publicly declared they are not ever for a Palestinian state.”


John Kerry is right , the Palestinians are showing great restraint in the face of more of their territory being stolen by settlers.

Israel is a rogue state but nobody in power has the guts to say it.

posted on Nov, 8 2017 @ 12:20 PM
link
Saudi Arabia is really good friends with Israel ... I am sure when the war starts God will step in and remind Israel not to enter into deals with their neighbors .

posted on Nov, 8 2017 @ 12:22 PM
link
Palestinians building tunnels to transport weapons into Israel is restraint? Kerry is a liberal dirtbag who consistently sides with terror. He's a disgrace to all humanity, yet liberals adore his hate and intolerance of democracy over Palestinian dictators and terror.

posted on Nov, 8 2017 @ 12:22 PM
link
Maybe I've been hitting the Member berries too hard, but 'member when Lurch was running against shrub and they were trying to "out Jew" one another? "I'm an eighth Jewish or something" "oh yeah, my wife is kinda Jewish"...

I can't be the only one that remembers those fun times.