You aren't really interested in Aliens- You are 'mystery unravellers'

They seek this subject, merely because they want to know the unknown. There's a mystery and they want to figure it out.
I was in the same boat, and in addition to the outcome of this mystery, I would pin a tale of good qualities on this 'alien' (donkey pin the tale)

And it was a fun search and thing to wonder

I have a friend, he told me "he saw an alien" by the tree. "really?" I wondered. He said an alien also with blond hair manifested into the air while he was lying on the couch and told him "everything is okay". He showed me a pic he captured of a 'ghost' in his house he captured. I looked. He pointed at it and there was clearly nothing of the sort at all there.

But I believed him on the alien. He was disturbed enough about it.

So he presented me a notion that it was somewhat possible and even somewhat normal to encounter an alien.

Now looking back I know he was just delusional cause I saw an alien and I know there's nothing like "manifestation into thin air" and I know there was nothing on the photograph of a ghost and so I don't think he saw any alien either. So all I can think is wow he is a wuss cause he was quite disturbed but I actually got the moxxy to see one and yeah I went through hardcore bad things and all I can think was I went through all this negativity and still sailing yet he saw a bunch of delusional stuff and was down further than me. So kind of a wuss.


Anyway. I feel that God puts us through delusions, or he can if necessary. And I think it became the status quo on Earth because of the delusion of our origins. But he will cause us to believe lies all the time, for example you look to the mystery in the skies and you feel some force of love about that area of things going on. IT'S A DELUSION.

Yes it's easy for the mind to wonder, and want to think nice things.

I actually encountered one and it's much different than you would think.

If you saw what I know it's no longer a matter of unraveling a mystery. It becomes a strange think-tank


You might wish you never knew the mystery answer. I'll tell you the abundance of internet has people playing with this mystery more recently.
Unfortuneately about 2% is truth based picking up the vibes of the ships and 98% is human influenced wonder.

I'll give you a heads up that if there was no abundance of humans sitting around with internet, we wouldn't be pursuing the mystery and you just need to reflect on them coming onto our ancestors in the past and how they must have not interacted with them long because there isn't any records of interaction. And if it was good, it would have happened.

Here you want the truth: 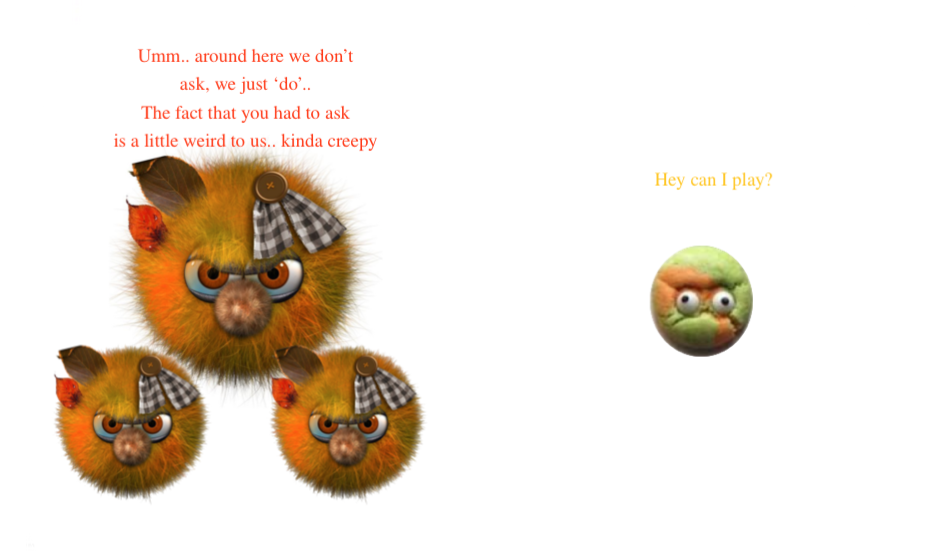 Point being if you knew the truth

It's being kept a delusion for a reason

We are happier thinking something else than what it is!

Cause if you knew what I knew

I admit, my neighbors do kind of creep me out. It must be because they are aliens.


May I ask a question? Are you from another planet?

originally posted by: MarsIsRed
May I ask a question? Are you from another planet?

"They aren't more advanced than us.. well, technologically they are.. however that is just 1 of many areas..
Overall, no, we are more advanced."
edit on 7-11-2017 by makalit because: (no reason given)

posted on Nov, 7 2017 @ 05:08 PM
link
A lot of it is trying to rationalize something feared to ease anxiety. Yes, some alien species may well be benevolent and that's great, but it's clear many people are a little...uh, you know, paranoid about alien invasion and all that. Trying to understand more may relieve some of the anxiety--in fact the mere curiosity can relieve it to some degree.

I agree with OP as well... and I also must say, ignorance may well be bliss. I have no idea... just a few beers in trying to make a point.

posted on Nov, 7 2017 @ 05:16 PM
link
a reply to: Crosswinds
Anyone who is ready for the truth on the matter is ready for a leap into the ocean of spirituality..

It'd be the greatest dis-illusions on this planet, for humanity.

They are only able to do what is best for all.. as god controls them as he does us

You see I'm talking about God... like I said, when humans wake up to the real bad truth, well it's completely opposite to what was popularily believed in the bible- a nice 'warm' fuzzy notion of joy

So when you wake up to it.. well that's why I said "You see I'm talking about God"

This whole existence is a creation being willed to behave how it is from a force.. the force is consciousness and alone can will anything

All of this is a creation and nothing can truly go wrong.

The weaker forces can control simple desires in our perceptions, as to guide us to be at places that are best we be.. and you can not escape these guiding energies, you will always be in line

posted on Nov, 7 2017 @ 05:37 PM
link
Lol. I like the way you put it.
Have you ever read or heard of those, who having alien abduction, call on the name of Jesus before or during the abduction? Do you know what happens to them?

posted on Nov, 7 2017 @ 05:40 PM
link
The only way any of us survive any length of time is because of "functional delusions." It's the delusion that if you follow what most other people are doing, that's "good" and "right," and you will prosper and be happy and when you die you won't be too afraid because you've done good and if there happens to be a god or monster waiting to judge you, you will be judged as a good person and be rewarded accordingly.

This is obviously stupid and crazy. But if you hold onto this delusion, you will be motivated to do things society believes is good, and nobody is going to lock you up in an asylum. There may even be a small chance that you will be content and calm on your death bed. The bed from which your entire universe will collapse, and which should send any reasonable, non-delusional person into a frenzied panic.

So the trick is in picking and truly believing some kind of delusion that keeps you calm, and on the proper side of the law, and keeps you getting up in the morning to fight against the hunger and pain while you wait for it all to be over.

originally posted by: Quadrivium
Have you ever read or heard of those, who having alien abduction, call on the name of Jesus before or during the abduction? Do you know what happens to them?

The negative hormones we pick up from hell beaten animals and consume daily paint a pic to make you think abductions are something god shouldn't let happen... all the notions it went through of being abused and controlled you will as well encounter in your perceptions.. anyway a vegetarian wouldn't be scared.. i just think i sense you thinking this about abductions.
The jesus thing is just from being able to block the aliens out and it's not about jesus existing just an energy thing that puts your own ego energy down and it just blocks them out, idk it's an energy phenomenae that can be explained if you are a vegetarian

This is your belief. Mine lies in a different direction. I will ask though:
Is it delusional simply because you have not experienced it?
If you have never experienced what others have, why claim they are delusional?
Quad

Pics or it didn't happen


originally posted by: Quadrivium
Have you ever read or heard of those, who having alien abduction, call on the name of Jesus before or during the abduction? Do you know what happens to them?

originally posted by: Quadrivium
a reply to: makalit

No he's saying the have vege-powers

I just know from personal experience after eating meat for some reason I stop seeing god and start seeing what's before me, it all seems like the physical matter is lifeless, with no deeper meaning. That's just me personally, perhaps others- maybe from the DNA that maybe potentially effects us.

originally posted by: makalit
a reply to: Quadrivium


So, there is no such thing as free will?