originally posted by: intrptr
Where is the runway in relation to the camera view?

There's also Tinker AFB, 30 km away from the camera slightly to the right and (supposedly) also in the camera's field of view.

I was just checking that too. The airports are too distant to explain a reflection of landing lights in the window. Maybe an approach pattern to one or news helo fly by...

Still can't rule out a reflection of some light source behind the camera view.

Absolutely no context who these people are, what they do, what they're professors of - but # it, they have an answer at least. Otherwise known as a "vox pop". A filler...like peanut butter.

Edit. Oh, a geosciences co-ordinator. Whatever one of those is. Sounds like a glorified head of HR department.

Edit. Oh, a geosciences co-ordinator. Whatever one of those is.

Problem wth their meteor 'theory' is that smaller ones tend to ablate and burn up higher in the atmosphere, due to drag forces.

They don't continue on the same flat trajectory all the way to ground unless they are monster rocks.

Edit: I was kind of hoping the 'professors' would go to the site and inspect the camera, try and recreate the incident or something besides,
"coodabeen ammeter".
edit on 5-11-2017 by intrptr because: edit:

originally posted by: markymint
Edit. Oh, a geosciences co-ordinator. Whatever one of those is. Sounds like a glorified head of HR department.


Probably a meteorologist, geosciences include the atmosphere.

And no, despite the name, a meteorologist is not the best person to ask about a possible meteor.

Edited to add that yes, Steve Carano is a meteorologist that works for KOCO.

it looks pretty low to me
low enough to be illuminated

yup but meteors dont glow so much at that altitude (at most an dull red) , so yeah very likely bird or bat

Yes, it's pretty low, but the lights on the buildings and lamp posts point to the ground, not up, only reflected light goes up, so it's not much.

That's true, the colour doesn't look like a meteor, and how consistent it looks during the 3 seconds we can see it it's also unlikely for a meteor.

so what do you think it is?
(hint:its a bird)

posted on Nov, 5 2017 @ 12:00 PM
link
Woe is me. Really, my day is ruined because you don't believe me. Not that I was ever directly talking to you, nor asking for anyone's belief, but you want to go off the rails and make it personal so be it. 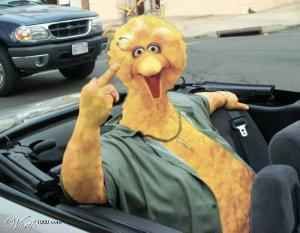 Just because you can repeat a word over and over like a broken record doesn't make you authoritatively right. Bird is your view, great, you made that point once, twice, three times -- you can stop now. We get it. We know where your mind is at and that it's not gonna budge. You don't need to reply to everyone to say the same thing, over and over and...
edit on 5-11-2017 by markymint because: (no reason given)

A particle would move much faster than that, and you wouldn’t be able to see it with a camera or the human eye. It takes special equipment to view those. Also, way....way to big for a particle.
I can’t go with the bird theory either, unless the bird was several times bigger than the cars below it, and was made of phosphorus. You would also see,some fluttering movement if it was a bird. I have (and I am sure many of you have too) seen birds on camera before....and this doesn’t fit the behaviour.
edit on 5-11-2017 by IlluminatiTechnician because: (no reason given)

originally posted by: humanoidlord
ITS A FREAKING BIRD!


There's no need to shout.

In my 13 years on ATS I have seen many UFO videos that looked, to me, like bug, birds or bats, and I have said so.
In this case it doesn't look like any of those possibilities to me.

originally posted by: humanoidlord
too low to be an meteor and too dumb to be an true ufo


I never had a talk with a true UFO, so I don't know if they are dumb or not.

so what do you think it is?
(hint:its a bird)


My opinions are always based on what I think and on facts, never in someone else's "hints".

I don't know what it was, but I don't think it's a bird because a bird, to appear that size on the video, would show some wing flapping, unless it was a large bird, like a seagull, that can fly several seconds without flapping their wings, but in that case it wouldn't be moving that fast, as birds either move fast, flapping their wings, or they move slowly, without moving their wings. Also, the object's trajectory is almost a perfect straight line, with only a slight bend downwards, very unlikely for a bird or a bird. Bats have a very (apparently) erratic flying, so I'm sure it wasn't a bat either.

That thing whatever it is def slows down towards the end, and it even looks like it had an actual trajectory....? Landing spot or is this the new trend of how to get noticed! hahaaha....anyways super cool w.e it is

Could be a June bug or the like (big beetle). Or even a small bird. A humming bird that possibly got spooked at night. They would show a similar pattern (reflections at night, illuminating their buzzing wings) Rather then a "flap flap" it would be more like a constant "bzzzzzzz" like the video shows.

Either way, this is something small, that in combination of the angle/trajectory.. its distance from the lens.. and the Illumination of the lights.. appears to be going much faster then it really is.

No idea what it is myself, but you get a sense of the video speed looking at the car lights move. However, hard to believe that a bird moved that fast and straight for such a long distance.


Either way, this is something small, that in combination of the angle/trajectory.. its distance from the lens.. and the Illumination of the lights.. appears to be going much faster then it really is.

Aware of another video showing/demonstrating how this would work?

posted on Nov, 5 2017 @ 02:39 PM
link
a reply to: humanoidlord
I think we can eliminate Anything close to the camera by looking Closely at the object right before it goes out of view. Replay the video over and over...watching closely as it passes Behind the building with the blinking red light. You will see it reappear briefly before 'landing'. Object has to be further than that building from the camera. Look close..it's fast.

Edit: Can't be a bird...or a bat or a bug! And the light going behind that building gives us an indicaton of its relative size.....maybe a couple stories in height/width.