I have always said that Hillary was a poor choice. I am inclined to believe this about her, but honestly what's more important at the moment? Investigating whether Trump and his admin colluded with Russia to get him the most powerful job in the world, or whether or not someone who didn't win, and has not got the powerful job, did something wrong?

I am all for locking Hillary up if it's proven that she broke the law, but there has to be priorities here. Trump is in a position to do an immense amount of damage if he is proven to be colluding, Hillary not so much any more.

What I am seeing is Trump trying to deflect attention off himself and onto Hillary right when the going starts to get tough for him. It's not definitive proof of his guilt, but it certainly doesn't look good.

The Trump/Russian investigation is a nothing burger. Trump will serve 8 years. Mark my words. You already see the opposition to Trump eating itself. Mueller is compromised with his own corruption scandals and will cover himself by talking big and doing nothing, just like he did for Hillary.

#DrainTheSwamp!
edit on 5-11-2017 by thepixelpusher because: (no reason given)

The Trump/Russian investigation is a nothing burger. Trump will serve 8 years. Mark my words. You already see the opposition to Trump eating itself. Mueller is compromised with his own corruption scandals and will cover himself by talking big and doing nothing.

So if Trump is indicted, and impeached, and the facts are proven, will you retract your statement? Or will you just dig your heels in deeper and plug your eyes and ears and shout "nope nope nope"?

I love how you are now attempting to demonize Mueller when the ball is already rolling, he's flipped potentially 3 people and is now just starting to get into the nitty gritty of it. But of course, in "Delusion World" where some people seem to live, Trump can do no wrong so therefore everyone else MUST be guilty of something.

This is going somewhere that is going to make Trump supporters lose their marbles and have their heads spinning 360 degrees on their shoulders. Mark MY words.

It's cute how you put your fingers in your ears and tune out reality. I stand by my prediction. Trump is going to be in for a 2 term Presidency. Your Democrats and their supporters will be devastated by the fall of their idols. The Democrats should have seen the defeat and reorganized and regrouped. instead they wrote books blaming others and the Russians. Hilarious. 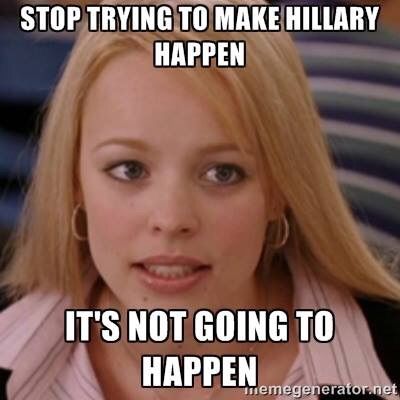 It can only be one or the other, not both - and given that neither of us can see into the future then nothing you have said is anything more than a......

Trump is going to be in for a 2 term Presidency.

Thank you for your OPINION.

Your Democrats and their supporters will be devastated by the fall of their idols.

MY Democrats? You know, even a few seconds worth of research would show that I am Australian, in Australia as is clearly written under my avatar albeit upside down.

And in case you were thinking of saying something like "You're not American so go away" then don't bother because I'm not going anywhere and I have just as much a right to have my say as everyone else on this international forum. If you were NOT going to say that then please accept my apologies. It's happened a thousand times before which is the reason I mention it.

The Democrats should have seen the defeat and reorganized and regrouped. instead they wrote books blaming others and the Russians. Hilarious.

Hillary wrote a book blaming everyone else, the Democrats as a whole didn't write it.

And given that there is a preponderance of evidence suggesting Russian collusion, that is now being actively investigated, then at least THAT part of her book was right.

posted on Nov, 5 2017 @ 01:08 PM
link
While you all jump on this "Russians Bad", "Trump Bad", "Interfere Election - BAD" routine, just remember and keep in mind that the United States government routinely interferes in not only its enemies elections, but its allies elections as well. You don't like Trump, we get it! Consider that this is a giant distraction. If you want to know what the DNC is doing, look to what they are accusing the GOP of. Its that simple. Both sides do it to one another. This is all political theater, good cop vs bad cop, and the Overton Window. Neither party should be trusted. Both are corrupt to the core. They are very literally at their roots on the same side and playing the voters like a violin, one side against the other, solely for the purpose of increasing their own devilish power base. The ones that aren't like that soon become that. You simply cannot walk through a pile of dung without getting stinking dirty!


How am I trying to "Make Hillary Happen" btw? Are you blind or incapable of reading plain English? Read my first post on this very page if you can.......you might be surprised what you find that goes against your ignorant theory that everyone who dislikes Trump therefore MUST support Hillary. That's a load of utter BS and any intelligent, logically thinking person would agree.


FBI whistleblower Sibel Edmonds exposes Special Counsel Robert Mueller’s conflict of interest in pursuing General Michael Flynn’s case due to his direct involvement as former FBI Director and his role in covering up and protecting Gulen Networks’ criminal operations within the United States, and demands that he steps down.

originally posted by: nonspecific
a reply to: OtherSideOfTheCoin

Secondly is there really any way of knowing that whatever happened was enough to make a difference? Would Trump have been elected without any interference from the outside?

I think the bulk of US voters are not influenced by fake news and propaganda.

Unfortunately in close elections, the uninformed and easily influenced voters are the deciding factor.

As we know now the Russian effort emphasized precise districts in those states in a strategic way with fake twitter, Facebook and Instagram accounts claiming to be local to those states and districts and precise geo targeting of fake news.

Do I think it's possible that a massive and precise Prop campaign by Russia could move the needle 77k votes in almost 14M?
Yes.

Then who are you holding water for!? Bernie? Bernie sold out. He knew he was being forced out. Are you aligning with the Depp State that rails against change!? Trump has done more for the economy than Obama. So tell me what do you stand for!? Some foreign destabilizing agency? The *gasp* dreaded Russians!?

I agree that he will end up convicted of something, but don't think he will serve time, but who knows.

So she is "demanding" he step down?

I'm sure he'll get right onto that.

Thing is, doesn't matter if Mueller has done some wrong things, facts are facts. If Mueller presents irrefutable facts that Trump colluded then bye bye Trump.

If, indeed, Trump is indicted and impeached I shall be merciless in quoting everyone who defended him and claimed he did no wrong and would serve both full terms. Just fair warning is all so there is no crying or anything.

posted on Nov, 5 2017 @ 01:31 PM
link
There is zero proof or indeed any suggestion that Russia influenced the election. Once that FACT is established the rest of your argument is moot.

Good luck with that. Trump in not going anywhere. Watch this video and see your hanging your hat on a corrupt force that is going to fall under its own corruption before they can even touch Trump.

If, indeed, Trump is indicted and impeached I shall be merciless in quoting everyone who defended him and claimed he did no wrong and would serve both full terms. Just fair warning is all so there is no crying or anything.


I doubt there will be anything like the crying from some (cough) that we have witnessed here since November 8th.

More proof Mueller is a dead end for the Dems. 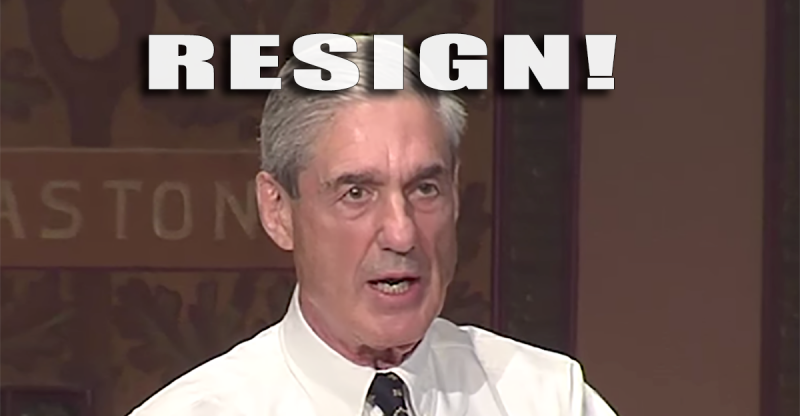 More proof Mueller is a dead end for the Dems.

That's literally the same news source as your YouTube video.

But continue to have your little fantasy that Mueller is "finished". When he goes absolutely nowhere, and instead indicts and prosecutes more people (perhaps even Trump) for collusion then I shall be here laughing my ass off at the sheer ignorance that came out of many people on this website.

You lot will try ANYTHING to get the attention off Trump won't you? LOL. It's a sign of desperation...

But....but....LOOK OVER THERE ITS A DOG DOING BACKFLIPS!