Now MGM is saying 4 armed "officers" (2 LV police and 2 private security) were right there on the 32nd floor as the (alleged) gunman Paddock was shooting !!!

WTF is going on here ?

Sounds like this story could be an insurance company rebuttal.

Mandalay Bay says four armed officers were on the 32nd floor as the Las Vegas shooter attacked. Should they have acted?

At least two Las Vegas police officers and two armed private security officers were on the 32nd floor of the Mandalay Bay hotel during the time that Stephen Paddock was firing down into a concert crowd, killing 58 and wounding hundreds, according to a statement from the hotel’s owners, MGM Resorts International. Should those officers have tried to stop the massacre, knowing at least one person was firing a high-powered rifle and they likely had only semi-automatic pistols?

And did they notify anyone of the location of the shooting? Las Vegas Sheriff Joe Lombardo has repeatedly said that police didn’t know that a security guard had been shot until four more officers climbed the stairs to the 32nd floor at 10:17 p.m., 12 minutes after the shooting started and two minutes after it ended. Today is the one-month anniversary of the shooting.

The conclusion that the four officers were nearby during the massacre is inescapable from the statement issued by MGM Resorts. It was first sent on Oct. 12 to clarify the timeline of events which involved the shooting of security officer Jesus Campos near the outset of Paddock’s onslaught, and whether Mandalay Bay alerted police to the Campos shooting. MGM said, and Lombardo agreed the next day, that Campos was shot at about 10:05 p.m., and reported the shooting within 40 seconds of Paddock beginning to fire out of his suite at the end of one 32nd floor hallway. 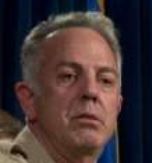 "Should they have acted"?

What on Earth is going on with this story?

I agree it sounds like something to prevent/minimize loss from lawsuits.

"Yes, we had police there in minutes but they were unable to act -- because he could shoot through the door again?"

"oh and he had a camera in the hallway and stuff, we didn't want to end up like Campos or worse so we waited for SWAT"

Got some new information on the helicopters www.abovetopsecret.com...
edit on 2-11-2017 by Asktheanimals because: (no reason given)

Once the Police were in position, MGM is clear. They just have to say, 'We followed the advice given by the Police on the scene.'

Can it get any screwier.

posted on Nov, 2 2017 @ 10:08 PM
link
Yes. And remember it was 70 minutes between the time the LVPD supposedly arrived and when they breached the door. Remember, they said "the shots had stopped" so they took the opportunity to clear the floor of guests. Which seems like a pretty big gamble to me....he could either open fire on them as they were clearing the floor or he could have resumed shooting on the crowd. I think that 70 minute delay is a HUGE piece of this ugly puzzle. No one seems to want to address it though.

So, what the hell kind of dirt do they have on Sheriff Lombardo that he is allowing this ridiculous story (which keeps changing) to be told about that night? Why wouldn't he want to be honest with his public, those he is supposed to serve and protect?

Would an honest guy let this chitshow happen on his watch?

What do they have on him??

Gawd this whole concocted story from every angle is a stinking pile.

It's no wonder "deep state" axed MSM coverage so quickly.

At this point I think the deep state is getting its jollies off every time they contradict the official story.

It's like a giant slap in the face and wickedly morbid #tease.

originally posted by: Cropper
Yeah, MGM seem to be running the show. It's pathetic.

Well actually, nobody can find any official statements at all from MGM.

Every article is just claiming statements from MGM.

And those LV police are not doing any investigating.

The FBI took it over immediately.

So, did you hear the call by the supposed army intel officer the other day.

He claimed the whole thing was a saudi operation run by some Saudi based mercs. Basically he was saying it was a message to the us government to go along with their wishes and then mentioned the Qatar situation which indeed is pissing the saudis off, since basically the us is the only thing stopping the saudis from taking Qatar over.

Supposedly it was a threat similar to one they have previously made to the Russians about attacking their tourist areas.

He also brought up how soros bought 42 million in puts the week before.

This story combined with the intellhub flight record of the leased choppers hovering over the hotels, and turning off their transmitters during the attack kind of go together.

It would also explain why they can't reveal the motive.

Doesn't really explain how paddock fits in, but it is an interesting story.


originally posted by: Cropper
Yeah, MGM seem to be running the show. It's pathetic.

The FBI took it over immediately.


I thought the FBI pulled out of the investigation..

I could have sworn there was an article on that, I'll try to dig it up..

That could be when they cleaned up and left the concert scene.

And don't forget about Paddock's brain. The FBI has it.

It was a bit sketchy, but with this thing, anything is possible.

Hell, we still have no explanation why there's no flashes from the broken window(s) area even with clear videos with audible gunshots.

That is crazy! I wonder how many four armed men were there?


and I thought I heard everything

This is Las Vegas,
do what you're told or you end up unemployed or underground.

You know the top 5 stories of the Mandalay Bay are owned by Prince Al-Waleed bin Talal and Bill Gates and called the 4 seasons?

It's a possibility it could have been a Saudi Operation, tucked inside an ISIS gun transfer.
Used it as an excuse to send a warning to Trump or Congress or maybe just the rest of Las Vegas.

originally posted by: proximo
a reply to: xuenchen

So, did you hear the call by the supposed army intel officer the other day.

He claimed the whole thing was a saudi operation run by some Saudi based mercs. Basically he was saying it was a message to the us government to go along with their wishes and then mentioned the Qatar situation which indeed is pissing the saudis off, since basically the us is the only thing stopping the saudis from taking Qatar over.


Do you have a link for that?
Im sure many here are interested.
Thanks.

I heard that call too. If that were true, why wouldn't someone reveal it to the public? If Lombardo were clean, wouldn't he want the public to know what really happened? That may be naive of me, but what are your thoughts?

That is certainly a pretty good theory! And it makes sense that the Saudis could attack us AGAIN without repercussions or blame, considering the big kumbaya fest the Administration had over in Saudi Arabia shortly after the election; you know the kumbaya where allegiance was pledged to our 'great allies' the Saudis and the US against the big bad Iranians whom apparently sponsor all terrorism, the one where they all held their hands on a giant #ing glowing orb of evil. Yeah that one!