posted on Nov, 2 2017 @ 05:56 PM
link
a reply to: Blue Shift
The difference?
Average joe/josiphine in my small town, gets accused, goes to jail, gets put on the sex offender list, and is shunned by the people in town.
And even if they don't go to jail? Small town, people talk, people get shunned, or worse. Right or wrong.

Hollywood is just better at cover up. Thanks to all the money.

posted on Nov, 2 2017 @ 06:14 PM
link
Corey Feldman has practically outed Charlie Sheen as one of Haim's abusers. Not in so many words, but there are enough hints dropped. As the ALLEGED (or vaguely intimated) story goes, Sheen plied him with pot and then molested him. Haim was confused -- thought he might actually be in love.

This is me piecing together several different stories over the years. I think it would be good if Feldman would just out everyone. At least achieve some justice in the court of public opinion, if nothing else.

Everything about him makes me want to run away at full speed and never look back.

I agree with his mom, if he's going to name names then he shouldn't be doing it for any amount of money. He should do it because it's the right thing to do- and maybe not to the public. You can still file a police report even after the statute of limitations has passed, and they will have that report on hand if anything else comes up. At least that's what I thought when I filed a police report. I could be wrong.

It also makes me sad because I think Corey Feldman was probably abused and now he's just exploiting stuff for his own selfish gain, but can anyone really blame him when the world exploited him and used him for it's own selfish gain?


originally posted by: jokei
On a completely unrelated note:

This part really made me mad:

“At this juncture in the proceedings, these lurid details are unnecessary,” Marra wrote in his order, issued at the US district court in southern Florida on Tuesday morning. “These unnecessary details shall be stricken.”

What was he doing with her in that picture at Epstein's island???

This is why they think they can get away with anything, because they can.

lol i dare any of you to tweet this to him and ask him to explain! 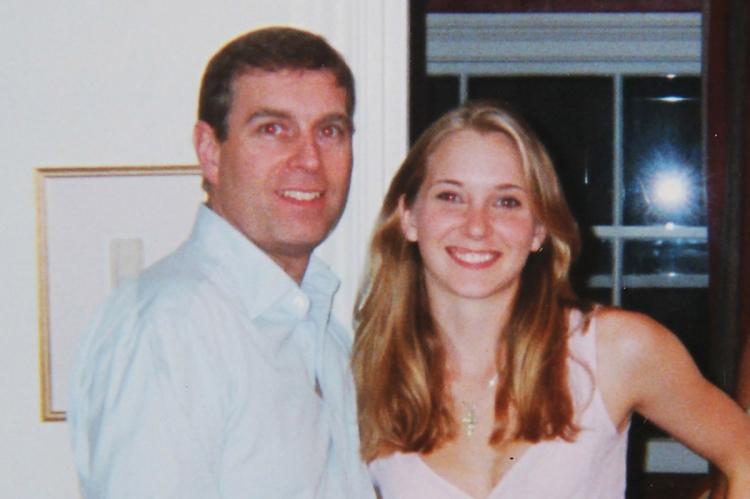 originally posted by: bknapple32
I dont get why people are quick to jump on this? We know theres a problem in hollywood. And there has been one for decades.

If hes afraid of lawsuits and his life... it kinda makes seen why he initially thought he needs a war chest like this. Some half wit lawyer prob told him he can reveal in a movie and avoid a lawsuit. My guess is hes getting better advice and wont need 10 million. The guy certainty needs funding for attorneys if you ask me. Hes taking on the powerful elite in hollywood. That requires cash, plain and simple.


To say he just wants to be in the spotlight is a joke. He has been complaining and hinting about this for years now. He claims someone tried to kill him (two trucks apparently ran him off the road) and thats why hes decided to go public now.


I for one believe him.


I also believe him . I might for the 1st time ever donate to an online cause.


lol i dare any of you to tweet this to him and ask him to explain!

Give me an embed/link


Dr Oz ,well there goes any credibility Corey may have had....

posted on Nov, 3 2017 @ 03:45 AM
link
Hmmm... I feel sorry for Corey Feldman. No one should go through that kind of crap - as a kid or as an adult.
But after this click-bait I get the feeling that he is trying to make a buck out of his abuse and not so much to rid society (Hollywood?) of the scum... For years he made it sound like A-list actors, directors and producers were involved in a pedophile ring in Hollywood (and I don't doubt something of the sorts does happen - queue Kevin Spacey), however John Grissom is a nobody. I was expecting it to be a Charlie Sheen, Tom Cruise or Harvey Weinstein - someone that would be powerful and "protected" by Hollywood - to some degree. I can't imagine John Grissom being protected in any way by anyone in Hollywood. Grissom could've been in jail years ago, if Feldman really wanted to lay a charge...


lol i dare any of you to tweet this to him and ask him to explain!

Give me an embed/link

You are braver than I am...

Shouldn’t he have done that at the time of the crime?

Is he making a spectacle of this and just helping some predatory producers get TV ratings ?

GO TO THE POLICE.


Its becoming farcical, TV justice, because once one is "outed" in the press or TV where are their rights or possibility of innocent until proven guilty--their finished WITHOUT any trial or hearing.

originally posted by: Willtell
Its becoming farcical, TV justice, because once one is "outed" in the press or TV where are their rights or possibility of innocent until proven guilty--their finished WITHOUT any trial or hearing.


Found guilty by the Court of the Internet!

Tweeted, but it didn't show up in the feed - guessing there's an approval thing so it's unlikely to be published

I just asked "who's this nice young lady?" - if you don't hear from me again, I'll be residing in the Tower of London.

This is currently on his twitter
twitter.com...
edit on 3/11/1717 by jokei because: prince andrew teen girl sandwich

posted on Nov, 3 2017 @ 04:38 PM
link
a reply to: Willtell
He DID go to the police. He reported what had happened to him and who his abusers were. They did nothing.
This is going to look bad on the police department that he made the allegations to in the nineties. People will be asking questions as to why they ignored such serious allegations.

Tweeted, but it didn't show up in the feed - guessing there's an approval thing so it's unlikely to be published

I just asked "who's this nice young lady?" - if you don't hear from me again, I'll be residing in the Tower of London.

Not sure what will get taken down first, the picture or your front door.

Pfff, I'm not worried at all, bigger fish to fry and all that.

Interestingly discussed this with a few people at work today - not people I'd consider to be "conspiracy" types, but the general consensus was "creepy Andrew". Not that it's a scientific sample, but out of the 8 people I spoke to 6 outright said they thought he was "guilty" of inappropriate behaviour.