What is the ATS social wall, and I don't have any friends. I also lost 1000 points

Nah ... they were only kudos points.
He can stiill save for his ATS L88 Corvette.

posted on Nov, 2 2017 @ 07:39 AM
link
I've added some people as friends, and also have had messages from people saying they have added me, but there is nothing showing up on my wall, my friends list is empty.

posted on Nov, 2 2017 @ 08:09 AM
link
a reply to: bgerbger
As I mentioned above, your "friends" list only includes the people YOU have chosen as friends. The list of people who have chosen you was abolished ages ago.
Also the wall tends not to update immediately. You probably need to go back to see the names you have added.

It's all left over from when the internet was fun...you know, before politics choked the life out of it and FB made you watch.

Oh, stop, the Internet is still way fun and loaded with cool stuff like Kindegarteners React to the Red Wedding.

originally posted by: kosmicjack
It's all left over from when the internet was fun...you know, before politics choked the life out of it and FB made you watch.

Sniff. I remember that.

Some of those features (like points) are holdovers from earlier versions of ATS. Everyone is subject to docking of points for violations of Terms and Conditions, you aren't being singled out.

This is true,
Points are mostly a vanity issue now, they serve no real purpose...on the "olden" days, there was a points store to buy upload space, for example.
Now, that is "free" to all members.

Points are removed for some T&C violations.
Those warns are the same for any member who receives them. And members should receive an automatic message about it. Members can check the little envelope in the upper left corner to check their messages....or you can use this link
www.abovetopsecret.com...

What is the ATS social wall


I just assumed it was too keep the Canadians out... 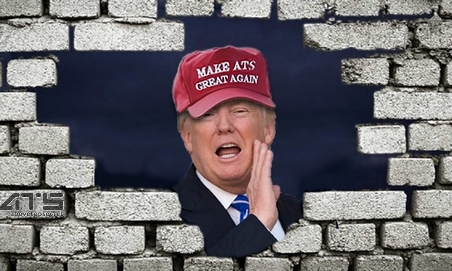 Be glad you only lost 1000 points for being rude.SO slapped me with 5000
points for 2 little sentences.I thought I was being funny and it wasn't taken
that way.
A lot of members haven't been using the friends' feature much anymore.I
did receive a notice that someone friended me yesterday.

Also, what is a WATS score and is it important?


WATS is the 'trophy' looking icon in the stats box below avatar. I believe you get .o2 points per post. WATS is used to determine if you can participate in certain forums like 911, for instance.

I believe WATS stands for Way Above Top Secret.

The 'lighting' bolt measures Karma, this relates to your participation and interaction with others on the site.

posted on Nov, 2 2017 @ 09:40 AM
link
The trophy is supposed to be weighted to reward quality thread-making (so flags have a high score), and lightning rewards posting in general.
The other crucial difference between them is that the trophy score is accumulative. The lightning score has "divide by the number of posts" somewhere in the formula, so a large number of rubbish posts that nobody likes will bring your score down again.
edit on 2-11-2017 by DISRAELI because: (no reason given)

I strongly still get the odd u2u telling me that someone has added me as a friend but the function is basically useless now.

Used to be that if one of your friends added a thread it would show up on a feed, you also had foe's and the idea was basically the exact same. Then people used to write messages on your wall, mine was full of "OMG You Moron!!!!".... ahhh fun times.

Points now mean nothing but it used to be that you could spend your points on things.

Its like WATS and KARMA now a system that means pretty much nothing because the Staring system is broken now.

They also used to have a content contributor system so you went from novice, bronze, sliver and then gold depending on how many flags and stars you had.

Used to have these really interesting debate competitions.

meh there was loads, we even had a ATS magazine at what point....
edit on 2-11-2017 by OtherSideOfTheCoin because: (no reason given)

Remember that fantastic Radio Show by those 3 ATS ladies....Those were the days, eh?

Oh trust me, I'm not using that as my yard stick.
I'm a democrat in a sea of republicans.
LOL

Sweet boy. Thank you. You know everywhere but politics we get along famously.
Some others might be surprised.
We are friends going way back when I had another alias even.

Not counting those women he has naked in cages in his basement.

And you with every person on the site as your friend.