Meet the Woman Who Slept with the Devil in 1704

posted on Oct, 31 2017 @ 11:59 AM
link
This picture is a forensic reconstruction of Lilias Adie , a woman who was convicted on confession of Witchcraft and having sex with the devil over 300 years ago , it's unusual to find the remains of a Witch because they were usually burned at the stake and little of them remained but Lilias died in prison before she could be burned at the stake so her remains , remained. 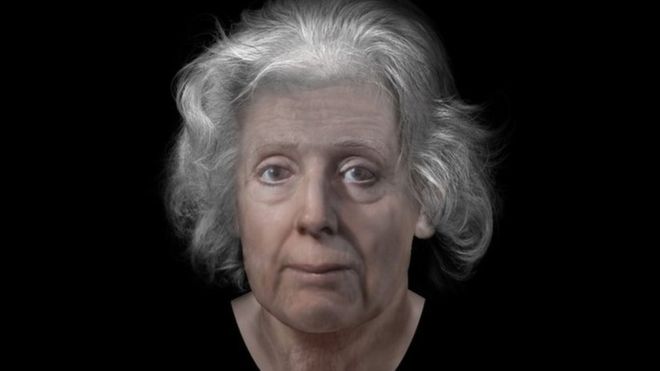 In the 1800s the grave of Lilias Adie was discovered by local antiquarians , they found it hidden beneath a large stone on the Scottish coast suggesting the villagers had placed the stone on the grave to stop the witch from escaping and carrying out evil retribution on them for her imprisonment and death, her body was exhumed and her skull ended up at the St Andrews University Museum.

Luckily the museum took photographs of the skull as sometime in the intervening years the skull disappeared , perhaps reclaimed by it's owner , but the pictures they took allowed Dundee University's forensic artist , Dr Christopher Rynn , to create a digital recreation of Lilias Adie the Witch who slept with the Devil.


Lilias Adie was tortured in prison and it is believed she may have taken her own life. Louise Yeoman said: "I think she was a very clever and inventive person.
"The point of the interrogation and its cruelties was to get names. "But Lilias said that she couldn't give the names of other women at the witches' gatherings as they were masked like gentlewomen. "She only gave names which were already known and kept up coming up with good reasons for not identifying other women for this horrendous treatment."
www.bbc.co.uk...

She's younger than the Devil , he did well.

Don't be jealous, just give him a call.

I always found that fornicating with the devil stuff a little odd. If she was a proper olde worlde practitioner of the elder crafts, she would not have even believed in the existence of God, leave alone the devil.

An often over looked truth...important point.

originally posted by: EmmanuelGoldstein
a reply to: Trueman

Don't be jealous, just give him a call.

Oh wait, women did not wear pants back then.

Life was hard then.

Our apartment walls were thin.

I knew the neighbor's could hear.

One day I bumped into the girl across the hall

You stared right at me and said "You must be God".

originally posted by: TrueBrit
a reply to: gortex

I always found that fornicating with the devil stuff a little odd. If she was a proper olde worlde practitioner of the elder crafts, she would not have even believed in the existence of God, leave alone the devil.

Pretty typical of religious folk, though. Whether you believe in their paradigm or not, the argument is always framed within its walls.

Spend some time having a Christian try to convince you of their faith, and all you really get are self proofs and circular reasoning. Kinda like the witch hunts were.