I would be interested to hear Zaphod's feedback on the video. If anyone has heard rumors of this drone, I would think it would be him.

posted on Oct, 30 2017 @ 02:00 PM
link
a reply to: tsurfer2000h
That's my take on it. Why would someone just stop filming? Wait and a reason will be forthcoming. like, I ran out of battery power, I ran out of film. My wife fainted and i had to stop to look after her.

originally posted by: grey580
a reply to: Forensick

You made me chuckle.

That's an even better response Swamp Gas and Weather Balloons.


Did someone say swamp gas and weather balloons? 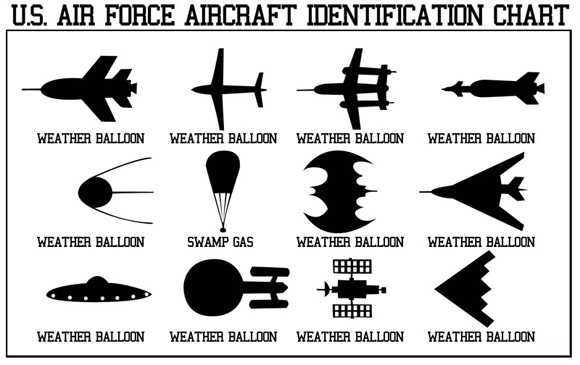 posted on Oct, 30 2017 @ 04:21 PM
link
Interesting video if real and I'm guessing it might be. I know from personal experience (USAF photographer for 10 years and stationed at George AFB) that taking photos around Edwards AFB can be a bit risky. There are signs all along US 58 that passes the base that says photography is forbidden. It's not uncommon for people to be stopped and questioned and in some cases get escorted to security where they get the third degree.

If you actually got something on video that's classified you'll be hearing from them and your account will somehow just disappear. I have in the past while on a specific assignment accidentally photographed something I wasn't supposed to. When I processed the film and spotted it I turned it in along with any prints and was told it didn't happen and I never saw it.

Believe what you wish from whatever source you consider reliable. That's about all I can say at this point probably without getting a phone call. They hacked my computer back around 2003 and accidentally destroyed my hard drive which I don't think was their intention. At least that's what the repair tech told me. There wasn't anything for them to find and I'm careful about who I let know what I know and most certainly not here.

This is a great thread and I wish you folks well with a flag. My best,

I take pics, and post them, around the base all the time along 58. One of our summer trips we stood at Balls 08, right outside the guard shack and took shots of F-35s departing the base. I've got some pretty good ramp shots too.

You might catch something carrying something new, but unless you're there at night, with a decent night setup, you're not going to catch anything that wouldn't be going white or grey anyway.
edit on 10/30/2017 by Zaphod58 because: (no reason given)

Perhaps he had hair raising information!

originally posted by: TrueBrit
a reply to: Tundra

Perhaps he had hair raising information!

posted on Oct, 31 2017 @ 12:35 PM
link
I know that area very well... The 2 humped mountain in the distance is the notorious “Ant Hill”... my best guess is this video was taken from the top of Shadow Mountain lookin North into Edwards. Good catch!

you forgot that alien should be erect...

Not until he takes the viagra

what issues, im curious and i would love to hear a good argument to debunk this. i have no horse in the race it was just sent to me from a friend.

1. The area is implied to be a remote area of the Edwards range. It isn't. You can potentially see it from the highway.
2. If it was a test craft, it wouldn't be alone. There would be chase aircraft with it and obvious in the video.
3. If it was as stated and some top secret anti gravity craft, it wouldn't be tested there in the daylight.
4. There are several other explanations of what it could be. I personally think it is a support structure for a drop test, or instrument payload on the end of a tethered balloon. The tethered balloon can be almost 1000' ft above it and not easily spotted.
This would also explain the lack of concern from Edwards ATC since they would be tracking from radar. It could just as easily be GC.
5. "Uncut" video. Clearly cut video.
6. Anytime I see an edited video, put together with ominous music and shaky video work, I automatically put in the skeptic hat.
edit on 31-10-2017 by Sammamishman because: (no reason given)

ahhh didnt even consider a package on a balloon, i forget about them.

i basically agree with every point you listed, sometimes its easy to forget or get carried away with a strange video. i dont always discount music on a video but i get where your coming from.


that is why i brought it here, good to have a second eye

Great points! Could still be something interesting just not what the video's proprietors think it is.

Time to get Captain Disillusion on it.