CRITICAL COLLUSION UPDATE: Every DemocRAT in the US Paid for the Dossier!

As we all know for certain, the entire reason for the existence of the so-called "law firm" of Perkins Coie (make up your minds stupid, are you a restaurant or a fake law firm!) was to COLLUDE WITH RUSSIA by hiring some foreign commie errand boy to retrieve the HOAXFAKENEWSCNNTERRORIST Necronomicon dossier straight from the SVR/FSB/liberal media/establishment/deep state/NWO/Illuminati/RINOs/people-who-were-captured to use as a justification to spy on Manafort (who had been Killary's pro-Putin handler along with Tony Pedo-esta), to delegitimize President Trump — every man working-class hero globalist slayer — after Parkinson's-ear-piece-drone-strike-colostomy-pants-suit-seize-fall-down-assassin-Hillary lost the election (badly, it was historic)! And they knew that was coming because they had access to the real polls that showed Trump ahead by 30 points.

Thankfully, the Federalist caught Obama commie-red-handed paying Perkins Coie for it! I've taken the opportunity to do my own expert journalistic data mining and I'm here to tell you folks, it's worse than you could have possibly imagined.

I searched for disbursements to Perkins Coie, the fake law firm that doesn't do any lawyer stuff, and in 2016, they received THOUSANDS of payments! THOUSANDS! Clearly this was an oversight by The Federalist and we can expect to see an article a day from here until 2024 about each and every individual Democrat who paid for the dossier!

These are just some of the names of colluders who paid to collude with Russia to overthrow the government. All of these colluders paid collusion payments of $10,000 or more to send all our Uranium to Russia to put in the new nukes they were building to replace the old nukes they were decommissioning and sending back to us for our reactors. As if we want their old ass used uranium!

To put the crime of the century into perspective, I made this awesome image:


This is what matters!

I forgot Fusion GPS too. There goes all my CT cred
edit on 2017-10-29 by theantediluvian because: (no reason given)

How do I say this without misrepresenting it as sarcasm? Umm, well-played. Nice job, Ante! 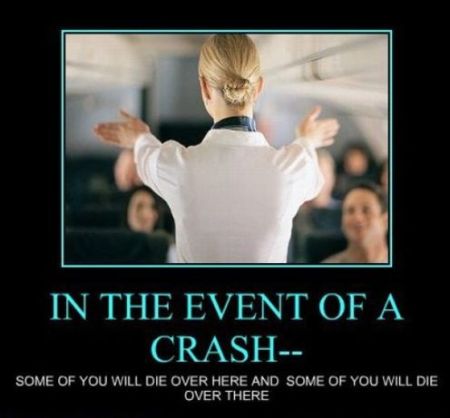 I dig when you do satire, I really do.

But the irony to me here is that your satirical thread here jesting about trying to connect many actors as shady and what have, actually resembles your very own threads more than anyone elses.

Like this thread. Note the cool charts you use on it.

On topic, I do not think obama paying this firm is proof that he knew they were getting dirt on Trump from the russians at the time.

But that fact that, as the Federalist article you mock points out, his advisor is married to a Fusion GPS employee, by the time he received a briefing on the dossier, he had to know that this came from the law firm he was paying.

At this point, he is hearing all of the claims from his party saying how getting dirt for opponents from russia is so terrible. And yet he continues to employ these people.

Is this proof a crime? No. But its more smoke.

The question will be how did the obama admin use this dossier. That is where the real scandal is.

posted on Oct, 30 2017 @ 12:07 AM
link
Your image gives this story legitimacy, so you get points for that.... You also get points for making the deep state a central theme in your narrative.

... But you forgot to link multiple obscure right wing blogs as citations, so you lose some points there.

He is being sarcastic, and cleverly so.

Unfortunately, I feel his sarcasm is also a criticism of himself.

And I think its a more serious situation than Ante does. (the democratic paying of the dossier)

But nonetheless, a fun thread and a reminder of the dangers of having too much of a conspiratorial mind.
edit on 30-10-2017 by Grambler because: (no reason given)

posted on Oct, 30 2017 @ 12:09 AM
link
When you click on "Donate" at a Democrat website, there's no telling where your money will go. One of Obama's chief advisors (Jonathan Gruber) repeatedly assured the DNC that voters are too stupid to ask questions.

originally posted by: Tempter
You talking yourself into thinking this isn't a big deal?

Explain? I'm just picking up where The Federalist left off. In fact, I'd say I just dropped the mother of all truth bombs (MOATB).

He is being sarcastic, and cleverly so

I think it's just resignation that it could all be true.

the voters dont read, they dont think for themselves, they are swayed by the last thing they heard; whether true or false, democracy is a failure b/c people are idiots

originally posted by: GD21D
Your image gives this story legitimacy, so you get points for that.... You also get points for making the deep state a central theme in your narrative.

... But you forgot to link multiple obscure right wing blogs as citations, so you lose some points there.

For gods sake, lets not forget the election stealing pokemon!

originally posted by: Jiggly
a reply to: carewemust

the voters dont read, they dont think for themselves, they are swayed by the last thing they heard; whether true or false, democracy is a failure b/c people are idiots


I hope you don't go through your day treating people like they're all idiots, LOL!

You must really be worked up and stressed out over this.