The US DOD Plans National Blackout Drill During Antifa Protests in November 04-06.

The announcement released on October 24 has not been widely distributed to the media, because the drill is simulating a total grid collapse and could spark public fear. 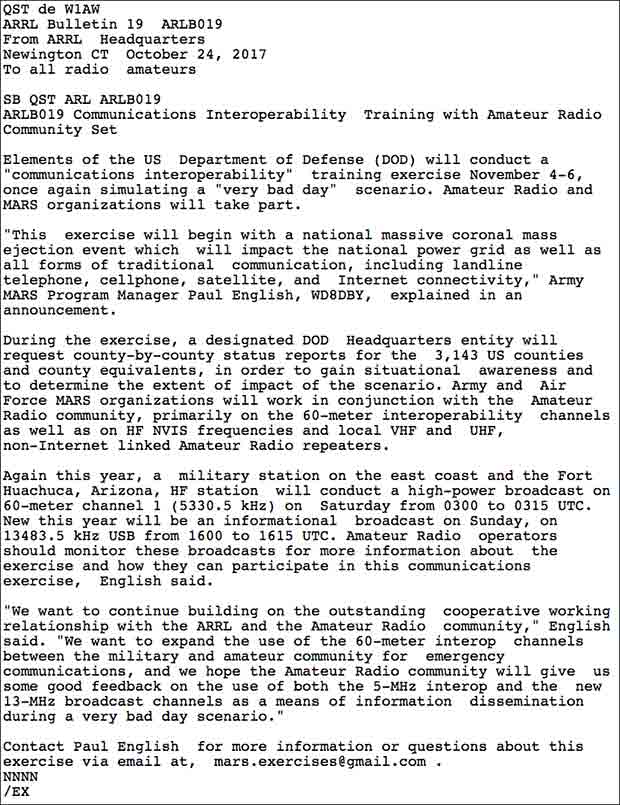 Some cities could actually be blacked out and/or all types of communications could be brought down.

“This exercise will begin with a national massive coronal mass ejection event which will impact the national power grid as well as all forms of traditional communication, including landline telephone, cellphone, satellite, and Internet connectivity,”

This will be bad news if it happens to a city that is having a large Antifa protest. With no power or communications things could quickly go out of control.

Bizarrely enough, this was first reported by Rob Dew of InfoWars, the US Department of Defense (DOD) training exercise will occur on ANTIFA’s day of rage across the United States.

There is always the fear a real event could occur around the time of the drill as it has in the past. We should all know to have at LEAST 3 days of food and water stored. Not just because of this drill but in case of man-made or natural disaster.

This needs to be done, as we all know this is a real threat. Man Its times like this I wish I had moved to Vermont, to a nice ski town. Of coarse its awful cold there in the winter, but I could have gone solar. That would at least provide some power. Now I'm in LA, I feel trapped. With NKorea, and trump as president there are a lot of uncertainty now as opposed to even a year ago. All of us can see that.

Lets hope it is just a drill to test the Army MARS Radio Program and Amateur Radios and no cities will be blacked-out. I could not find any more info about this in the MSM. Do not panic, always be prepared though.

DOD is conducting a simulation to test cooperation between civil defense and amateur radio operators. They don't mention antifa or any link to North Korea. If there was a CME we would know about it before hand.

Guaranteed, if the Pentagon was planning anything for real, they wouldn't announce it ahead of time.

posted on Oct, 29 2017 @ 12:45 PM
link
Was this drill planned before or after the antifa thing was planned. Maybe could be used to block cell phones in an area that may get out of hand, stifle the protesters?

I agree our systems need to be hardened for an EMP/CME event. We also need to have spare parts in safe storage. I do not think we need to really black-out cities or bring down comms as a drill.

Here is the curve ball: Is the United States really preparing for a North Korean EMP attack?

I agree our systems need to be hardened for an EMP/CME event.


"Amateur" radio enthusiasts are already aware of the vulnerability of electronics. They are prepared for such events, indeed live for them. They will be the lifeline for communications between communities should massive blackouts occur. The test is wether the liaison between them and civil or military authorities is reliable and see if improvement is needed.

How many people know someone thats got radio antennas sticking out the roof or shack in the yard?

That address would become information central in a wide spread "bad day" scenario.

Gubment would also like to know where all those private radios are , I'm sure. What better way to find out than have an exercise.


Be very afraid then.

originally posted by: InterstellarSloth
What the.. I just got really baked and this is the first thing I read on ATS. I don't know what to make of this. I'm pretty confused actually


That would suck to be really baked when real shtf goes down.

posted on Oct, 29 2017 @ 01:19 PM
link
But, we aren't having our solar storm till the eighth and ninth of November. I guess that the sun is not cooperating with the DOD.

Serious note: With how drills have a tendency to become reality the last decade.. I guess people should get some candles and a week of canned food.


That statement reflects your ignorance. I know plenty of 'amateur' HAM radio enthusiasts. They pride themselves on being ready to serve the people in just such a circumstance.