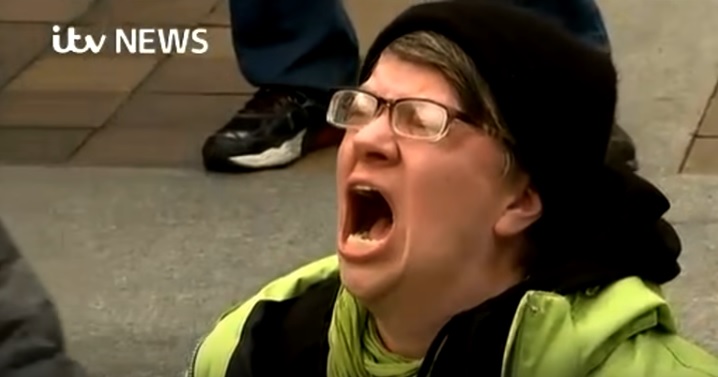 I'm really upset by what is happening on college campuses all over. No, I don't mean fraternity hazing deaths, rapes, suicides, overdoses and normal stuff like that. I'm concerned about the things I see on YouTube. And no, I'm also not referring to the rioting that happens when grown ass men and neo-Nazi gangs converge on Berkeley to beat some patriotic thoughts into the thick skulls of Antifa and Professor Bike Lock.

It's none of that.

It's the people saying things about things. That one time that lady told that white kid his dreds were cultural appropriation. That other time that girl said something about something to some other person. I don't know who she was but I'm pretty sure there's at least one million college kids just like her who will soon crawl out of their libtard cocoons, burn a flag, wipe their butts with the Constitution, not stand during the anthem, overthrow the government and usher in the commie-red Age of Cultural Marxism. 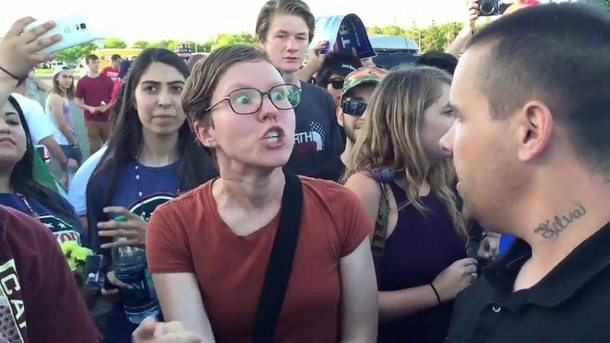 I know that it seems that all hope is lost friends.

The public shrines to the great defenders of freedom, men who fought so that all of us could exercise our God given right to own other people are being torn from their rightful homes atop pedestals in public spaces. Soon it will be Columbus Day, the day we honor the man who discovered the New World, a land unknown to humans. A man who cared so much for animals that when meat supplies were low, his men would feed them babies. A man of such esteemable morality that he remarked casually about that there were plenty of nine and ten year old girls to go around.

What disrespect are they spirit cooking up for Columbus? I shudder to think about it. But I say, THEY WILL NOT REPLACE US! Amirite?

They will not hide in our bathrooms, camouflaged in dresses, waiting to drag our women to pizzerias where John Podesta will rape them with the eleven million illegal immigrants who killed Kate, dear Kate — Katie I call her. They will not take over our country and impose Sharia law and throw gays from buildings! Those are OUR gays and if anyone is going to be refusing them anything — be it their lives, the right to marry or a cake to serve after the hurricane-causing abomination they mistakenly call a "wedding" — it'll be a red-blooded American baker who loves baby Jesus not some hippy ginger who stinks of patchouli and the decay of traditional Western values. 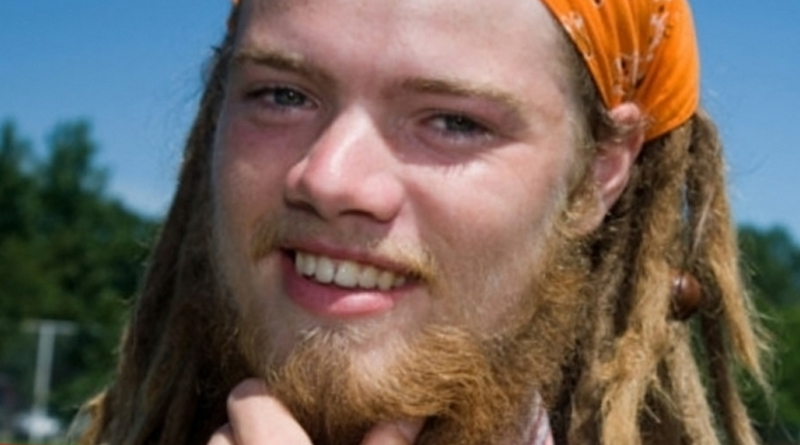 I say, not one more hat shall be violently ripped from even one more defenseless white male body. Not one more hat! It's time to remove these social justice terrorists from polite society. It's time for helicopter rides! HELICOPTERS RIDES! In the name of statues, flags, football and MAGA hats everywhere, we must beseech Father Trump to bring down the hammer of FREEDOM.

Dear Father Trump, ask yourself... what would Putin do?

We can start with this collegiate hat thieving Soros-funded wretch who tried to steal freedom from the head of an innocent. Make an example! LOCK HER UP! LOCK HER UP! Make her register as a hat-offender! And when the prisons are full, build fences around all the campuses of all the schools that don't have Liberty in the name. They want a safe space? Show them a safe space!

At this time, I'd like to take an opportunity to thank College Fix for doing the Lord's work and if we may, let's observe a moment of silence for this poor MAGA hat that also has a flag on it, making it a doubly horrific tragedy. 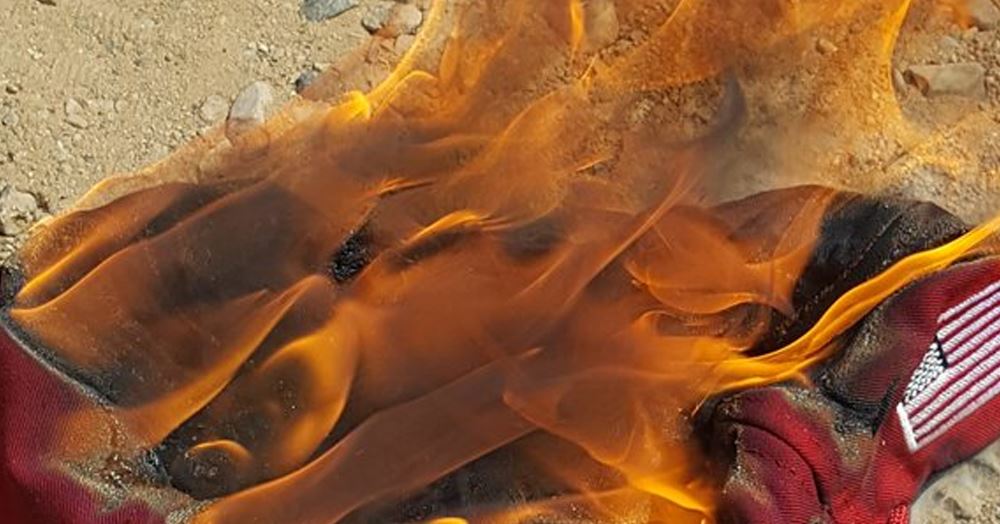 The Second Amendment is counting on you. Christmas needs you! Godspeed and MAGA!
edit on 2017-10-6 by theantediluvian because: (no reason given)

Allaroundyou
+4 more
posted on Oct, 6 2017 @ 08:39 PM
link
a reply to: theantediluvian umm ya you are a crazy person. Please get off the internet and go read some falling up. Good luck with everything and please go away

People being unwilling to criticize their own team is why teams tend to be rampaging psychopaths, meaning their adherents become so too.

It's about time you finally stuck it to the extremists that seem to dominate your team while trying to fracture our entire society into uncivil war.

edit on 6-10-2017 by IgnoranceIsntBlisss because: (no reason given)

I missed the punch line didn't I.


Oh you’re so butthurt. What a snowflake.


There... now that these responses are redundant maybe people will explain their obsession with SJWs who make up literally less than 0.0000001% of the population.

originally posted by: Allaroundyou
a reply to: theantediluvian umm ya you are a crazy person. Please get off the internet and go read some falling up. Good luck with everything and please go away

So you're saying we won't be singing Kumbaya now?

Funny how you have such a difficult time applying this line if thinking to the left. Star for entertainment though, I truly enjoyed the read.

originally posted by: Allaroundyou
a reply to: xuenchen ya it's gone. If you find it let me know.

If you take the third letter from the titles of every Xeunchen thread, it spells a secret message. Check it out.

I cry myself to sleep every night, hugging a pillow on which is printed the likeness of Hillary Clinton.

posted on Oct, 6 2017 @ 08:48 PM
link
a reply to: theantediluvian yes that is exactly what I am saying. I may but you won't cause you may be locked up for being a nut job. Anyways please be the person that walks around throwing poop at people in your underwear. Atleast that way I can laugh a bit.

posted on Oct, 6 2017 @ 08:48 PM
link
a reply to: theantediluvian yes that is exactly what I am saying. I may but you won't cause you may be locked up for being a nut job. Anyways please be the person that walks around throwing poop at people in your underwear. Atleast that way I can laugh a bit.

originally posted by: Allaroundyou
a reply to: theantediluvian yes that is exactly what I am saying. I may but you won't cause you may be locked up for being a nut job. Anyways please be the person that walks around throwing poop at people in your underwear. Atleast that way I can laugh a bit.

I'm saving up all my poop to make statues so we won't forget history.

Thank you for posting this twice, it bore repeating!

posted on Oct, 6 2017 @ 08:50 PM
link
a reply to: theantediluvian you know I will check that out when I get home. Thank you for giving me something to do. But on a real level take those meds.

posted on Oct, 6 2017 @ 08:52 PM
link
a reply to: theantediluvian This is a awesome odd argument. I will blame the double post on the hotel wifi. But it could also be my phone. Anyways I have been saving my poo also. I will gladly give it to you when I get home.

Anti, I would tip my hat to you for such as well-played kick in the balls, but mine seems to be missing.

You even got the Marxism bit in there for added measure.

I doubt many will see what you actually did here and will dismiss it as a partisan rant, but I see what you did...and commend you for trying to highlight the propaganda rhetoric so many seem so willing to spew around here.