posted on Oct, 2 2017 @ 11:51 PM
link
The following was posted on the Tom Petty and the Heartbreakers official Facebook page by his manager:

Such a huge fan of his, as I'd imagine many of you are. Such an awful day today.

Damn I hate it.

Every time I hear a Tom Petty tune, it takes me back to my childhood and trips with my ( now deceased ) father.

posted on Oct, 3 2017 @ 12:07 AM
link
i feared this was the case after hearing the early reports when they took him off life support. RIP Mr.Petty

I had a chance to see him this last April and I didn't go because I didn't want to spend money on myself.


GAWD I AM SO STUPID!

Just like Leonard Nimoy, I could've met him at a convention and I didn't go.

When will I learn it's only money!!!!

posted on Oct, 3 2017 @ 12:53 AM
link
In the film 'George Harrison: Living in the Material World,' there's a part where Tom Petty is telling a story of when Roy Orbison died. George phoned Tom and asked him, "Aren't you glad it wasn't you?" (about which Tom seemed to express some surprise as to why he would say such a thing)

His music rocks and his wisdom on King of the Hill will never be forgotten. 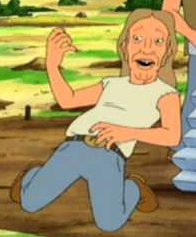 posted on Oct, 3 2017 @ 03:23 AM
link
He was a class act,kept opinions to himself,my son was lucky to have been at his last concert,rest in peace

I'll just miss him.
Thinking of you Tom man and your family, friends and fans.

I remember the Traveling Wilburys on vinyl, that's turning back the clock.

posted on Oct, 3 2017 @ 05:12 AM
link
RIP Tom..you will always be remembered.Gorgeous voice,great songs,great talent,your music is played in our house often along with all the good stuff from back in the day,and always will be.

My other big fave of his,i love Freefalling but this one always resonated with me since i first heard it many moons ago:

posted on Oct, 3 2017 @ 06:14 PM
link
I just saw a piece on the news about Tom petty and the woman said that he addressed issues such as Refugees in his song.

Has she ever listened to that song, it had nothing to do with real refugees, it had to do with people leaving home because of a bad relationship either with their parents or mate. I grew up with that song, I listened to it many hundreds of times. I had the record and eight track. Why are they trying to make his song into a political weapon?

I thought the intended content of the song was pretty good for the days. Nothing really to do with real refugees.

I guess part of the song does say "You believe what you want to believe" I guess MSM took that as a go ahead to interpret it anyway they want to.

Just a Rant, I hate when someone makes something seem like something it isn't.