page: 1
24
<<   2  3  4 >>
log in
join
share:
Krazysh0t
+5 more
posted on Sep, 28 2017 @ 11:52 AM
link
September 2017 Vol. 103, No. 3 Changes in U.S. Family Finances from 2013 to 2016: Evidence from the Survey of Consumer Finances
I found this study on a WaPo article, but that was an opinion article so I'm going to post the actual study source as my primary source so I don't have to post this in the Mud Pit. The Federal Reserve posted this study analyzing wages from 2013-2016. The study shows that immigrants don't steal jobs or affect native American citizen wages negatively like is usually claimed by the anti-immigrant camp.


I bolded the most important point from the study that I want to focus on here. Families without a high school diploma. The same class of people that illegals supposedly steal jobs from. As you can see, the conclusion is that proportionally, that class saw more gains than other groups did. Again. These are the people taking construction jobs, farming jobs, landscaping jobs, roofing jobs, etc. If wages are going up for them across the board, then how are illegals cutting into wages for citizens?

Perhaps wages went up a dime instead of 36% to keep up with inflation/cost of living.

If you are arguing that wages went up for non-high school diploma works only to account for inflation then the rest of your argument is that wages for the REST of the economy didn't go up by even that much. Proportionally (as in a percentage) that wage group saw more income gains than any other wage group. So you might want to think about what you are suggesting here. I guess, TECHNICALLY what you said could be true, but then again our economy isn't in a recession so I doubt it.

Who's against legal immigration?


Garbage, as usual. I see the results on a daily basis. It's called empirical evidence.

Why do you feel the need to promote obviously vested interest 'studies'?

avgguy
+15 more
posted on Sep, 28 2017 @ 12:03 PM
link
African Americans still have nearly the double the "reported" unemployment rate than all other races in America. Couldn't they use those jobs? I mean they're actually here legally.

DrStevenBrule
+17 more
posted on Sep, 28 2017 @ 12:10 PM
link
Why are Dimocrats so racist in their desire to have illegal immigrants in the US to do low paying jobs?

I'm so confident in the Federal Reserve's report saying "median family income grew between 2013 and 2016". /sarc

TPTB have found every possible way to manipulate inflation, unemployment, GDP numbers, the list goes on.

Honestly, do you believe your own posts?
If so, i offer my condolences and a strong rebuke of whoever “educated” you... 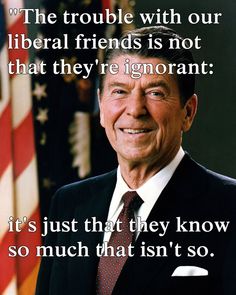 They used to have a law that if you moved to Canada you needed to have money to survive for five years before you were able to work. That way Americans would not move there to take people's jobs. I was thinking about moving there to get away from all the crap going on here in America, but instead I decided to just stay away from the local people who were complaining about all the political stuff and all the LGBT. We got a messed up society and it is moving here too. Maybe I need to move to someplace like Copper Harbor.

My first instinct is to say a couple of things about the Federal Reserve, but I will refrain.

According to the study, families without diplomas, non-whites, and Hispanic families experienced larger proportional gains. From that, you conclude that illegal immigrants are not stealing jobs. I believe you may have skipped a couple of steps that led you to that conclusion. I don't think some people experiencing larger proportional gains and illegal immigrants stealing jobs are mutually exclusive. Why can't both be true?

I'm so confident in the Federal Reserve's report...

yep, huge red flag went up for me when I read Federal Reserve in the OP. They're just known for their honesty and openness

originally posted by: DrStevenBrule
Why are Dimocrats so racist in their desire to have illegal immigrants in the US to do low paying jobs?

Probably the same reason people from both parties like them here, the labor savings is used to benefit the bottom line. People like their goods and services to be as inexpensive as possible.

The only people that will wade through the cherry picked data and reach the predetermined conclusion are those seeking to confirm their shoddily crafted social biases.
edit on 28-9-2017 by MisterSpock because: (no reason given)

When not all Americans can get hired, how many illegals again, then where who do they steal their jobs from?

Hopefully you realize that I fall on the left side of things the vast majority of the time, but this is a mathematical impossiblity...


Well unless illegal immigrants being here created more jobs somehow, than they took. Such as border patrol and providing whatever everyday services they require while here. Which is possible...

So the fact they are making more than uneducated legals is not a good thing , nor does it mean they are not taking jobs.

In a lot of cases those jobs still require getting done. So whoever would be forced to offer more money until an American agreed to do it.

I don't think most are criminals or bad prior, but the more people in a class of workers. The less those jobs pay.
edit on 28-9-2017 by JoshuaCox because: (no reason given)

1. obama deported 2.4 / 5 million illegals between 2009 and2015.
2. illegal immigration was down during that time period,likely due to the fact that the U.S. economy was down. also during that time many illegals left on their own.

so the jobs they would have took or left, had to be filled by someone. so poor families and individuals income increases due to the fact they got work or a increase in pay as the economy got better and less illegals to cut labor costs.

Who's against legal immigration?


I didn't specify legal immigration and neither did the study.

originally posted by: Krazysh0t
If wages are going up for them across the board, then how are illegals cutting into wages for citizens?

Imagine the gains had our borders been secured and our laws enforced.