A writer who became notorious for peddling "fake news" during the 2016 US election campaign has died at 38. Paul Horner was found dead in his bed in Laveen, Arizona, on 18 September, after a suspected drug overdose, officials said. Horner, who published fraudulent articles on Facebook and websites he set up, claimed he was the reason Donald Trump was elected in November.

Paul Horner was found dead, suspected that he overdosed on drugs (had a history of abuse of prescription drugs).


Among Horner's creations was a false claim that former President Barack Obama was both gay and a radical Muslim. Mr Trump's son Eric, and campaign manager Corey Lewandowski, posted one of Horner's fake news items about protesters being paid $3,000 to demonstrate against the Republican candidate. 'Humour and comedy' Many of Horner's sites, such as newsexaminer.net, had names falsely suggesting legitimacy. However, Horner defended his work as "political satire".

Paul believed that Donald Trump won because of his Fake News spreading. He did not like Trump, but was engaged in political satire and had a low opinion of people that you could tell them anything and they would believe it.

It would be very easy to build a conspiracy around this. These coincidences are sometimes very startling. There seems to be no indication of foul play. Hope more information comes out.

I think Paul did not have very nice attitudes about people. OK, we still have a gullibility problem among the public, but it is changing. There is no need to cynically ridicule humanity for that. We have been "farmed" this way for many generations. It is a learning process, a development of the senses. I said before critical analysis is a skill we all must now learn for the sake of our very survival. It is a survival skill to navigate us through the modern world of information.

I am no fan of Fake News. I have kept far away from it other than to study like bacteria on a Petri dish. Political satire is fun, but deceiving people is not. Paul actually did deceive a lot of people. The common word for that is that he was a LIAR.

I must say that political parties do it sometimes. They distort the facts about their opponents. Ads are paid for by interested parties, too. I guess it is all about WHO is paying for it, their MOTIVES. Is it wrong for a Russian to pay or an ad because they prefer a particular candidate in terms of foreign policy? They are still acting from political interests. Is that WRONG?

Would it be wrong for me as a British guy if I paid for an American ad for a certain politician because we had mutual interests? Where is the line to be drawn regarding homeland politics (for us all internationally)?

All questions that require an answer now as these new problems surface related to the rise of the machines (the internet and associated communication devices).

RIP, Paul. You were a naughty trickster though. You made some very high profile people really pissed with you, mate.

Fake News is subversive. If you are anti establishment I guess it is a good guerrilla (I've been spelling that wrong ever since, not "gorilla") tactic. It works against honesty and clarity, transparency and fact finding, though. We know how much the authorities and the establishment depend on media for social control. That in itself i think is very DANGEROUS and requires all manner of checks, monitoring, debate and criticism. That is why I am on a mission to spread the true news of critical analysis so we don't get duped and can make up our own minds in an informed way, with the facts at our fingertips.

There is plenty of Fake News that has come from the MSM, too. They should be guilty as charged, too, if they peddle crap about people and issues.

This is the guy that made up fake ultra conservative propaganda stories to see if the conservative media groups would run them. With the plan that they would look bad after running fake the fake stories, right??

originally posted by: JoshuaCox
a reply to: Revolution9

This is the guy that made up fake ultra conservative propaganda stories to see if the conservative media groups would run them. With the plan that they would look bad after running fake the fake stories, right??

Yes, it has backfired spectacularly for EVERYBODY. Fake News bad, True News good! Did not GEORGE ORWELL very clearly, in writing a child can understand, tell us that messing with the truth is the greatest weapon in the hands of anyone who wants to politically, psychologically and socially enslave humanity? 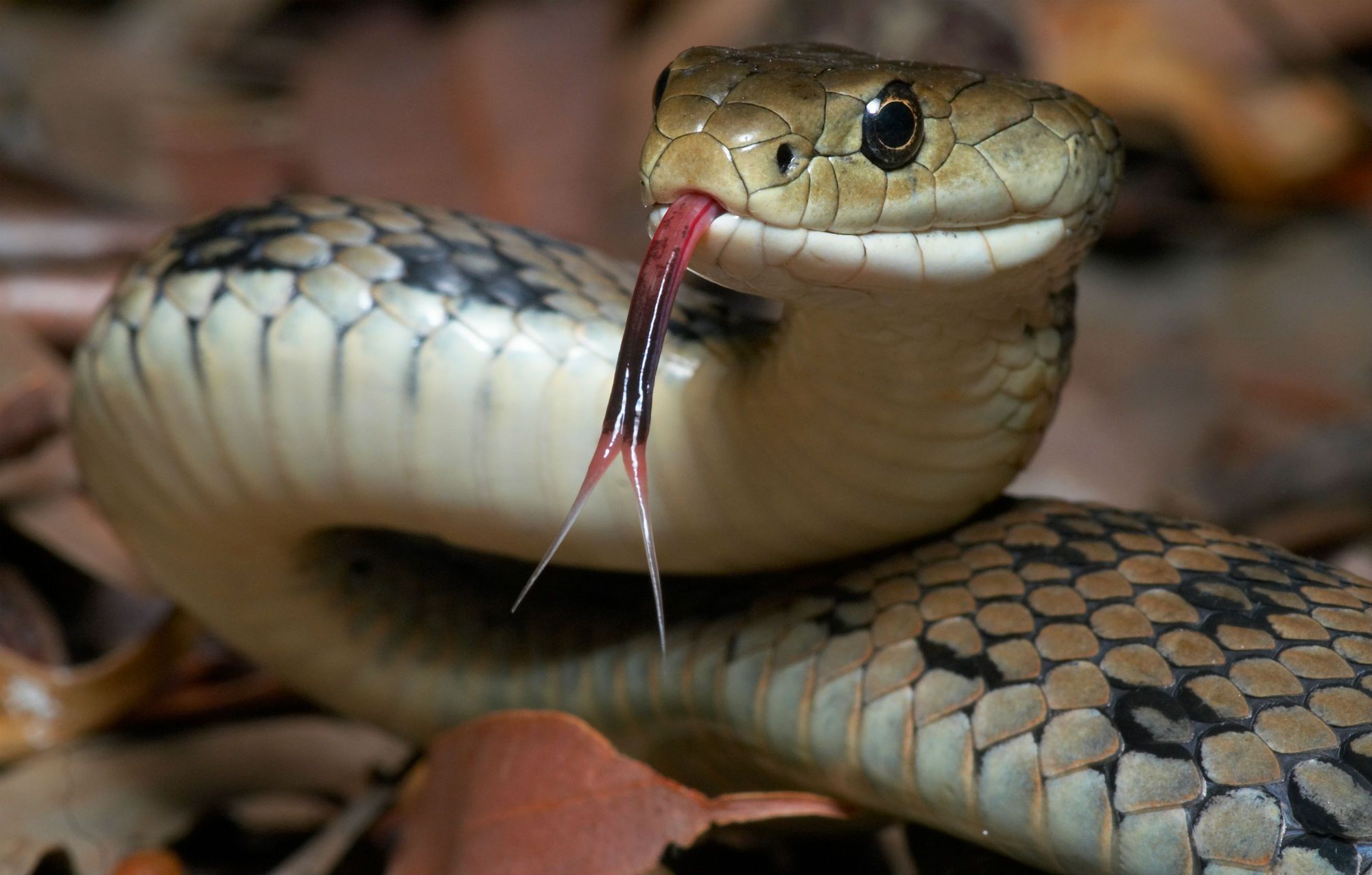 ps: I don't mind that I don't get any stars, flags or comments for this thread. I KNOW that the right people have read it and that is all I require in this instance. We are an effective team, ATS.

IF YOU ARE A CLOWN THEN YOU MUST CLEARLY IDENTIFY YOURSELF AS SUCH WHEN PERFORMING. That is the best advice I can give. It's "FREE" advice.

posted on Sep, 28 2017 @ 06:18 AM
link
I ave often wondered if a murder can be staged as a drug overdose with pills. When you fake a murder with heroin its easy, because people drift out of consciousness when the dosage is too dangerous, so holding someone down and then injecting them is easy enough to make it look accidental or suicidal.

But with pills, you would have to like figure a way to force them to swallow the pills. Can they be crushed added to a solution and then injected as well to achieve the same staged murder goal as heroin?? Then you just leave the open bottle of pills nearby and the detectives draw their own conclusions. However this would fail under an autopsy because the coroner would determine that the pills were not ingested when they examine the stomach contents, unless of course a man in a suit comes with some money and orders to falsify the report of course.

I have really become suspect of drug overdose deaths, hey have frequently been used to hide murder in the past, especially if they have a history of drug use than it becomes easier for people to accept the story. Most people who are functional regular drug users typically know their limit and proper dosage.

posted on Sep, 28 2017 @ 06:20 AM
link
I don't respect people who spread lies to manipulate people. I think that it is important for our opinion to be based on as factual of information as possible so that each one of us can make an informed choice when it comes to voting or speaking our voice.

All right, I researched a little more, and it seems as if he wasn't trying to manipulate people into voting for Trump. I'm not sure what his motives were, one poster said he was seeing if conservative news organizations would run his outrageous stories without fact-checking them. He still shouldn't be messing with this sort of thing.

It goes the same with the Russians, it is important to know what news is "real" and based on facts and what news is entirely "fake" or fabricated - what makes the situation worse is when people start calling news stories that they don't like, but are accurate, "fake news" just to slander them...
edit on 28amThu, 28 Sep 2017 06:26:35 -0500kbamkAmerica/Chicago by darkbake because: (no reason given)

imagine how many here were bamboozled by this mentalist...

I'm sure those who were his 'victims' will deny his work as farcical, because it's always easier to fool them than it is to convince them they were fooled.

Depends on the pills..

A few OxyContin 80mg's will do ya slick fast and in a hurry if your tolerance is low.

Sorta off subject but, opiate OD's are especially sad..

Your body can build up just a ridiculous tolerance for opiates.

A constant heavy user can do enough to kill a hand full of nonusers and not still function just fine.

BUT, it leaves your system quickly and your tolerance drops to almost nothing as well.

Usually fatal OD's come after the person has cleaned up and is doing pretty good.. they get their life going ok again, a little money in their pocket. Then decide they can do just a little more without getting addicted again.

They try and do what used to be a normal dose, but their tolerance has dropped and they OD.

Hard core addicts rarely OD because their tolerance is WAY past what their wallets can handle.


So families watch their loved ones finally clean up and the boom.. they are dead..

posted on Sep, 28 2017 @ 08:25 AM
link
Don't worry, the fake news is alive and well, there's even a dodgy video in a thread here at the moment, about late night satire, 'hurting Americans'

posted on Sep, 28 2017 @ 09:11 AM
link
Putin and crew probably did have some small effect, but any significant effect wasn't through "fake news."

RT is propaganda of a more subtle sort---created to (mostly) tell truths the MSM wouldn't report of high crimes, international hypocrisy, our sold-out news media, and sordid tales from the malignant swamp.

Brilliant strategy and who can lay blame for truth-telling?

originally posted by: Revolution9
Paul believed that Donald Trump won because of his Fake News spreading. He did not like Trump, but was engaged in political satire and had a low opinion of people that you could tell them anything and they would believe it.
It would be very easy to build a conspiracy around this. These coincidences are sometimes very startling. There seems to be no indication of foul play. Hope more information comes out.


It's not surprising to find out people obsessed with politics eventually become suicidal.

"My sites were picked up by Trump supporters all the time... His followers don't fact-check anything - they'll post everything, believe anything."

posted on Sep, 28 2017 @ 01:07 PM
link
a reply to: underwerks
An over generalization, but the same was true of his opponent during the same time and that individual's followers. In fact it was frequently demonstrated by independent reporters when they attempted to engage those supporters in discussion.