posted on Sep, 27 2017 @ 09:38 PM
link
Some new info about that lady who got caught leaking classified material a few months ago.

Her name is Reality Winner and she worked for a contractor and she got some material and leaked it out.

She had been denying a lot until finally the FBI "interrogated" her so she has "come clean" on some points.

Apparently she got the document in question out of the office by folding it up and placing it in her pantyhose !!

Some other neat stuff to, like how she was totally upset because her office kept FoxNews on instead of CNN !!

And she has an "autographed" picture of famous CNN celebrity Anderson Cooper that she admits the signature is wait for it....

And she said she was not trying to be an "Edward Snowden" or anything !!

A National Security Agency contractor accused of leaking a classified report on Russian hacking aimed at the 2016 election told FBI agents she smuggled the document out of a high security intelligence facility in her pantyhose.

That and other details appear in a transcript federal prosecutors filed in court Wednesday detailing the interrogation of 25-year-old linguist Reality Winner by the FBI as they carried out a search warrant at her home in June.

After insisting for some time that she printed out the report and kept it on her desk for a few days before disposing of it in a burn bag, Winner caved and acknowledged she hid the document before sending it off to a news outlet, now known to be The Intercept.

"So how did you get it out of the office?" FBI agent Justin Garrick asked.

"Folded it in half in my pantyhose," Winner replied.

originally posted by: Lolliek
Lol, is it too much to hope for that there will be a ban on wearing pantyhose now? That stuff is evil....

More likely than not it will end up resulting in entering and leaving sensitive work areas nude, with someone checking personal effects to be sure nothing is being smuggled out.

Although, with small flash drives, there may come a time of orifice examination.

Or some really high tech scanners that can do all of the above.

Reality Winner said she stuffed NSA report in her pantyhose

The question remains,
who provided security clearances
to this individual, and what was the
mission/target.

Rather, what was the specific operation
that would require an individual of this
character?

posted on Sep, 27 2017 @ 10:24 PM
link
That name alone should have kept her away from sensitive information. My God where do people come up with these crazy azz names??


"Gentlemen put your hands together, coming on stage to dance for your pleasure is the beautiful REALITY WINNER.".
Sorry, couldn't help myself...."

Hoo Haa!
Isn't it true.
Especially for those involved.

Zoom in on the picture of this idiot and tell me what that is just above her forehead....the diagonal line in her hair a few inches above her hairline.
Is that a lobotomy scar? 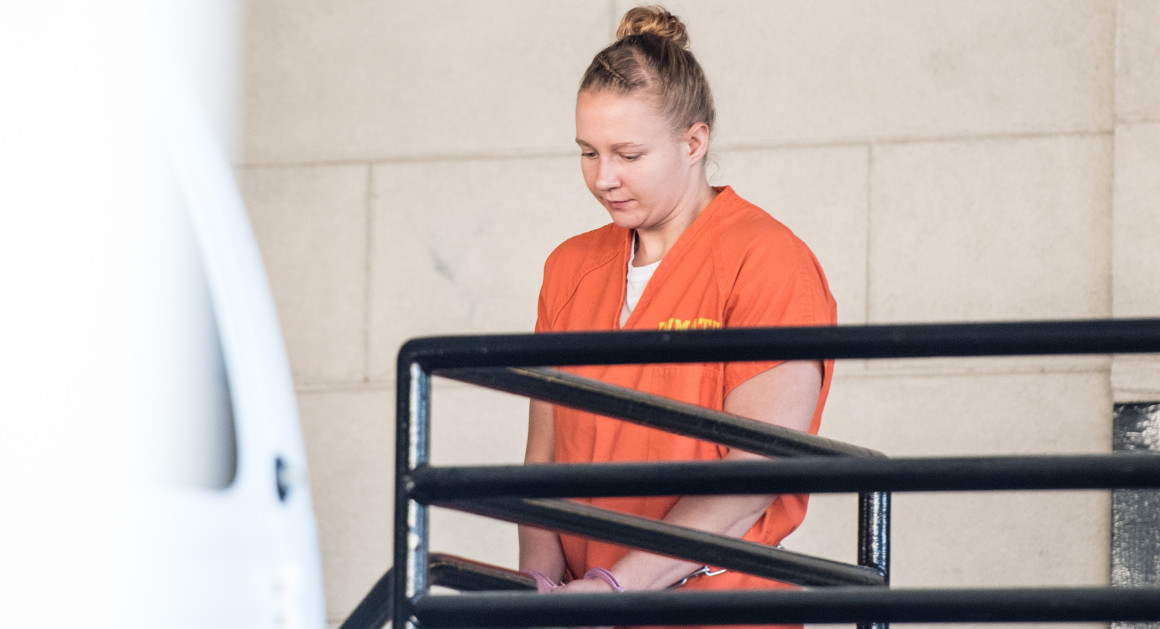 And she has an "autographed" picture of famous CNN celebrity Anderson Cooper that she admits the signature is wait for it.... Fake !!

I am going to say it.

This one is a dumbass. At no point does she explain why she thinks the information ought to be in the public domain, at no point does she point out that the information she has indicates that her own government are acting outside the constitution, against its own people, nor does she suggest at any stage that keeping this information secret damages the ability of people to make proper choices about what they believe, what governance they would prefer to have, or how they might vote, for example. The reason she does none of these things, is that unlike the revelations of Manning and Snowden, the information she released does NOT need to be in the public domain, and does NOT call into question the legality, or the constitutional validity of any operation of the US government, its agencies, allies or contractors.

Basically, she did not do any of what she did, with any idea of why it is that a person might be justified in releasing data of a protected or classified nature. She basically did it very, very wrong.

I think it would be ill advised for anyone, least of all her, to suggest that what she did, and what Manning, Snowden, and others over the years, have done, are related in any sense.


I think we should investigate her parents for giving her that name.

Slightly more on topic though... this one is not that bright.
edit on 28-9-2017 by Sagacity because: (no reason given)

You can never forget that name

She is a patriot, but fuct up big time!


originally posted by: Jakal26
Wait...
So there is a human being by the name of "Reality Winner".

You can never forget that name

She is a patriot, but fuct up big time!

How well did you know her? I just read the federal court transcripts... Her little short trips to foreign countries seem a little suspicious, plus keeping tabs on drones etc... I bet there is more to her stuffed pantyhose story.

She also made formal complaints about the TV playing Fox News and said she hates America mostly because of air conditioning.

Title should have been, "National Security Agency gets "robbed" by woman armed with Panty Hose."

It's good to know top Gov. agencies have thought of everything before the criminals do. LOL

Its troubling, is it not?

I mean... is it REALLY that easy to sneak hard copy of something, out of a "secure" area? Pantyhose, for pity's sake? I mean, you have all these examples over the years of complicated tricks being used to get data out of places and people, like truth serums, devices which use lasers to "read" the vibrations of windows, and translate them into audible speech, wire tapping, hacking, all this high tech stuff...

And yet Reality check over here? No, she just stuffs things in her hose, and off she goes! How the hell does someone get away with that? You look at what other people have had to do, in order to remove data from a classified file, and the mind honestly boggles at the efforts which some people have gone to. But this lass? Nope. What I want to know is, how is it that security was so lax, that she did not even have to come up with a plan which extended further than "Well... I am taking this."

Sure, she should not have done what she did, but she should not have been physically ABLE to do what she did either. That is a zero effort approach to the problem. If she had been remotely sneaky about it, then I could at least say "Fair enough, for all that she was wrong, at least she went about the thing in a professional manner" but no. Instead, she managed to get classified information out of a secure area, literally stuffed into her hose, and while its impressive that she had the lady stones to go about it that way, she should NEVER have been able to pull that off, not in a million years!

posted on Aug, 27 2018 @ 05:45 AM
link
Federal Government Contractor Sentenced for Removing and Transmitting Classified Materials to a News Outlet

Reality Winner, 26, of Augusta, Georgia, was sentenced today to five years and three months in prison for removing classified national defense material from a government facility and mailing it to a news outlet. Winner was arrested by the FBI at her home in Augusta, on June 3, 2017. The parties filed a plea agreement on June 21, in which Winner agreed to plead guilty to the one-count indictment charging her with unlawful retention and transmission of national defense information. The parties agreed that a sentence of imprisonment for 63 months followed by a three-year term of supervised release is the appropriate disposition of the case. The Court accepted the plea agreement at sentencing.