So them being the leader of the UN Civil rights council will only be slightly less ironic.

I was thinking that too heh.

I grew up in Saudi. I still remember my mother dressing in men's clothing and a hat pulled down low sneaking off the family compound to drive when my stepfather was away on business. I didn't fully realize at the time that she was risking her life, but I knew it would be very, very bad if she were ever caught. It's amazing that all these long years later they finally lifted the ban. I'll have to tell her about this. I'm sure there are ulterior motives for it, but this really is an awesome thing for those women...as well as for non Saudi women who are bound by the same laws if they live there.

Hahahaaaa they just leave the cars on the side of the road if they quit working. And I'm not even kidding about that.

posted on Sep, 26 2017 @ 09:06 PM
link
How thoughtful of him. Will he allow them to remove their hoods too? Or will that take another two hundred years of Evolution.

The insurance rates are going to be extremely high for women since it has to be rather difficult to have peripheral vision when wearing a burqa. May sound like a great thing for women, but Islamic women will still be enslaved and treated as second class citizens.

Hahahaaaa they just leave the cars on the side of the road if they quit working. And I'm not even kidding about that.

Ah bummer! Another get rich quick scheme ruined for me.

Oh well. I'll just get my wife back in the kitchen where she belongs to make me a sandwich.

posted on Sep, 26 2017 @ 10:24 PM
link
a reply to: Grambler
WHAT! Giving up already? If they are just free pickings on the side of the road, you could always repair and re-sell to the non subsidized foreign labor! Come on man, what happened to that capitalist spirit!

originally posted by: 3NL1GHT3N3D1
a reply to: FredT

Its all about getting women into working roles. What this means now is that husbands can basically have their women work as slaves to bring more money into the household.

So basically they're catching up with the rest of the world? We're all slaves to the global economy of debt.


Yep, the decision is purely financial, anyone who cant see that is blind.

originally posted by: worldstarcountry
a reply to: Grambler
WHAT! Giving up already? If they are just free pickings on the side of the road, you could always repair and re-sell to the non subsidized foreign labor! Come on man, what happened to that capitalist spirit!

Eh, I figure why bust my hump when I can live off of the man?

Besides, we live in America!

I will just make my wife get a job and call her liberated.

posted on Sep, 26 2017 @ 11:21 PM
link
a reply to: interupt42
well, they do have a large Chinese population due to imported foreign labor. If me and Grambler get this refurbished car business going, watch out! Those roads and highways will be the killing fields of bad driving!

It's good news whatever the reasoning behind it. Wahhabism shows it can change with the times. Like yourself, I wondered if the UN Human Rights role played a part in it. It's a tiny concession to the modern world to allow woman to drive although they realise it's 2017 and not 1899, right? They're only a century late! 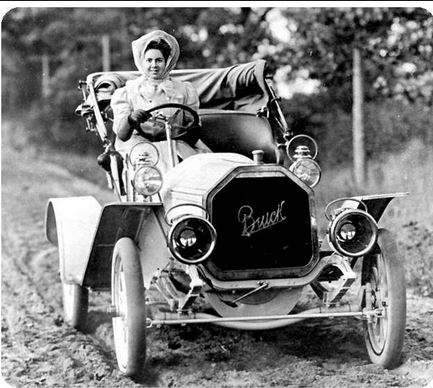 Saudi society is conservative by most people's standards and they have ultra-conservatives like we do. Their central ground is way off to the right of us and even then they have their fundamentalists. Those guys are the assholes who'd sooner impose very austere lives on everyone and they're angry at this teensy little sign of progress. I was reading them complaining yesterday that women driving is haram like it's literally the final word of Allah.

Reducing the power of the fundamentalists would offer more profound change. After all, women can soon drive but still face restricted lives when they get out of the car. They still exist in a patriarchal theocracy and can't travel far without a permit from a male relative. The fundamentalists keep the public beheadings going and plaza floggings of political dissidents going. They're the brakes to progress.

If I can squeeze a quick swipe in? Not at yourself! Whilst writing 'public floggings of dissidents,' I thought of our 'kneelers' and some of the responses out on social media. The fundamentalist mindset isn't so alien after all. Bwhahahahah!!! In your face crazy puritan throwbacks in your shiny buckled shoes!!!

In the mean time!

I don't thing the moptops are permitted there.

It's ok. They were cool moptops.

Clever lads.
Could craft a tune quite well.