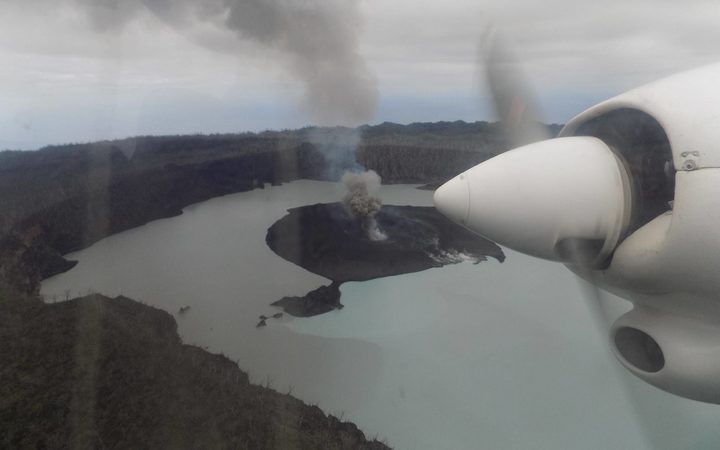 A state of emergency has been declared on the Vanuatu island of Ambae, as the volcano that towers from the island's centre continued to erupt, forcing thousands to flee their villages. The volcano - known as Monaro - has been rumbling for weeks, but its activity increased rapidly on Saturday, when it started belching ash across much of the island, blanketing villages and crops in the north and south.


That prompted authorities to evacuate half the island's population - at least 5000 people - from the north and south of the island, sending them to the east and west.

The last time there was a significant eruption on Ambae was in 2005, when a similar evacuation of 5000 people was carried out. It was as long as three months before people could return to villages and there were many complaints of evacuees being contained in squalid conditions.

Just Not hearing about this one as much as the Bali one so thought id post it here.

Been a few small quakes here in California these past few weeks, makes me think its stress building for the big one.
edit on 26-9-2017 by Vigilantastrum because: Spelling

Clearly something is happening.

A certain RISE in Natural Disasters.

At least we have some sort of "foresight" to evacuate as many people as possible.


Yea, hope the best for those being evacuated.

Around two-thirds of the island's population of 10,000 have already been evacuated from the danger zone around the volcano. But residents say ash fall was affecting more communities and people are being scared by the booming of the volcanic eruptions which they say are louder than they have heard before. 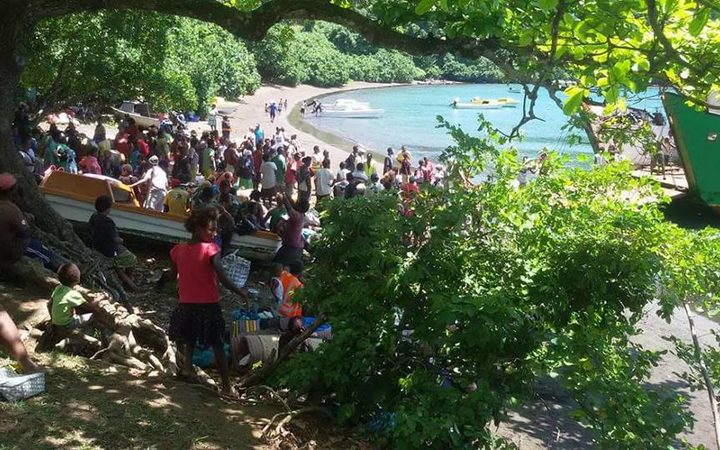 " In 2005 the evacuation has been done onstage three. But at the moment the volcano is on stage four we just begin our evacuation and at the moment it is more serious than in 2005. And I think it would take much longer than what has happened in 2005," he said. Mr Amu appealed to people of Penama Province living in the capital and Port Vila and nearby Santo to help feed their relatives The Vanuatu government has allocated about $US2 million towards the evacuation. But Manuel Amu said there was also a lot of confusion on the island as they haven't received any official confirmation that a state of emergency had been declared as reported in local media nor of the US$2 million in funding reportedly approved to help with evacuations. Mr Amu said the island's 10,000 people need urgent help with food, water and other supplies.

originally posted by: Vigilantastrum
Wow seems like the whole ring of fire is getting ready to blow.

Been a few small quakes here in California these past few weeks, makes me think its stress building for the big one.


It seems I read a lot about earthquakes, volcanism and hurricanes on 12 year cycles. Isn't solar max also on about 12 year cycles? Are they connected?


originally posted by: Vigilantastrum
Wow seems like the whole ring of fire is getting ready to blow.

Been a few small quakes here in California these past few weeks, makes me think its stress building for the big one.


It seems I read a lot about earthquakes, volcanism and hurricanes on 12 year cycles. Isn't solar max also on about 12 year cycles? Are they connected?

Do you have some kind of source citing this 12 year cycle for earthquakes, volcanism and hurricanes? I don't believe there's any evidence showing causality between earthquakes/volcanoes and hurricanes.

Though I do remember back in I think late 2009 into early 2010 there appeared to be an increase in volcanoes/earthquakes but historical data showed no real increase and it was just more awareness on our part due to better and more widespread reporting. 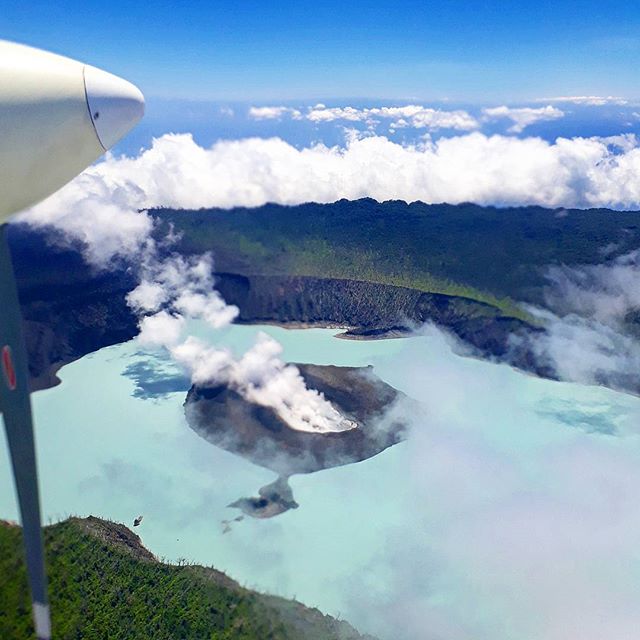 A vulcanologist says he saw lava bombs thrown high in to the air during an observation flight over an erupting volcano in Vanuatu. The Pacific nation's government has ordered a mass evacuation of the island of Ambae, after about a week of escalating volcanic observations of Monaro Voui.

A state of emergency was declared on 26 September.

All 11,000 residents of Ambae - five percent of Vanuatu's population - have been told to evacuate the island. Initially, islanders moved to shelters on Ambae but the government then ordered a mandatory island-wide evacuation.
The volcanic alert at the crater is at level four and warnings include gas, acid rain and ash, and lava bombs. Access to clean drinking water has been compromised by the acidic ash fall.

A flotilla of private boats, canoes, and commercial vessels will start to ferry thousands of people to other islands today. The evacuation is expected to take days. 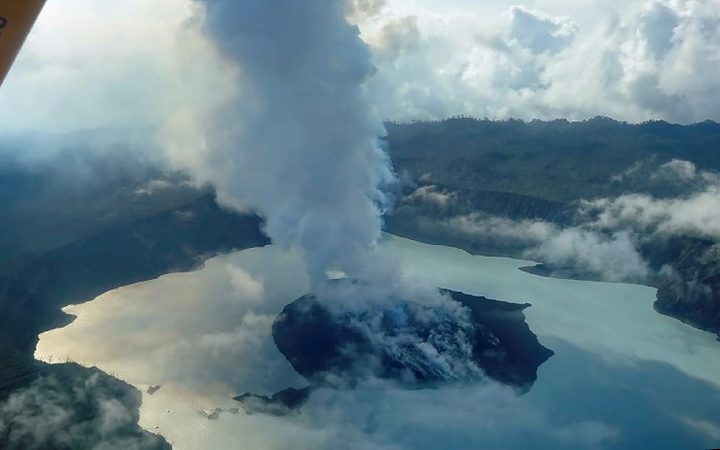