Of course... when this hit the internet and started trending, the gamers, fanboys, and pretty much anyone who has ever touched a gamepad reacted with horror and hilarity at the complete incompetence of a supposed 20 year veteran "tech and game industry" journalist fumbling with the most basic concepts of video games since the 1980's.

The original title of the video was later edited to make it seem like a joke, and in the review posted on venturebeat he admits that he really sucks at video games, but also blames the game itself for being too difficult.

The memes started flowing and this little gem began making it's way around social media, showing a side by side comparison of Dean's video with a Pigeon Intelligence Test. It's hilarious.


This has now reignited a debate across the internet, asking the question "should game journalists actually be good at video games?". Well the question has received mixed reactions, from people questioning the qualifications of journalists, industry insiders defending Dean and blaming the players themselves, to all out raging fanboys losing their #.


Alright, so this should have pretty much been the end of it. Some journalists are just totally out of touch with their work, it's pretty common nowadays, no surprise. Get over it.

But no... Dean and his associate William Turton HAD to take it to the next level. In these articles posted a few days later, they both target a journalist named Ian Miles Cheong for the backlash he received and go on a diatribe blaming GamerGate, "the ascendancy of the alt-right"... and yes, even President Trump for Dean absolutely sucking at his job.

The DeanBeat: Our Cuphead runneth over


Another game journalist (and some say “#lord”) saw my video. He clipped it to the 2.5 minutes of the most damning inept gameplay, and he posted it to his followers. He used me to condemn all game journalists, raising the smoldering issues around Gamergate and its focus on game journalism ethics. His post was political propaganda for the disenfranchised gamers, the sort who went from Gamergate to the alt-right and elected Donald Trump as president.

Gamergate is never going away


“So, there's a lot of people saying I'm not qualified to do my job, and then it escalates to ‘I should go # myself,’ ‘you're #,’ ‘how can you be paid to play games,’ and ‘you should go kill yourself,’” Takahasi told The Outline. “Fortunately, it's never gotten worse than that.”

Maybe it’s the ascendency of the alt-right, which has its roots in the Gamergate movement in terms of ideology and online mob mentality. Maybe it’s the fact that Zoe Quinn, Gamergate patient zero, is doing a book tour, prompting the people who harassed her mercilessly throughout 2014 to return in order to trash her Amazon reviews. Whatever the reason, it suddenly feels as if Gamergate never ended.

Yep. We're going down that road again. This has caused an even greater backlash across the internet. A liberal gets embarrassed and starts painting everyone who thought his review was atrocious and questions his qualifications as a "game journalist" as alt-right neo-Nazi supporters. EVERYTHING IS POLITICAL! And more journalists are coming out supporting this notion, setting in gear what people are calling GamerGate 2.0.

TL;DR this dumpster fire is explained pretty well in the video linked at the top of the post.

I'd hate to see him try and paint the walls of his house or change a lightbulb.

posted on Sep, 25 2017 @ 02:52 PM
link
I am sorry, but if I am reading a review of the game, I expect the journalist in question to have played the game and actually know what he or she is doing enough to give me a competent and relevant review of the game.

I mean it's like he's being paid to review the performance of cars and yet he never even bothered to get his driver's license or something and when a bunch of people call him on his BS, he gets all upset and blames us for being right wing nutters?!

Who is this guy and why is he even employed in the first place? 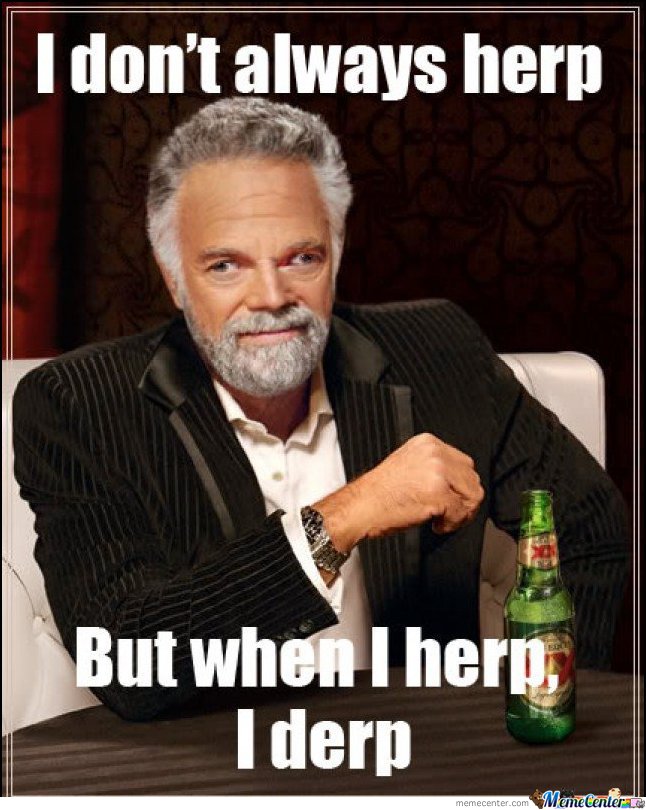 posted on Sep, 25 2017 @ 03:06 PM
link
It sounds like this video game journalist had a hard time playing Cuphead. Some games are like that, for example, the Mega Man series. The levels are designed so that it takes TONS of repetition, luck and failed experiences to master one. I would at least wait until I played the game myself (and it isn't out for a few more days) before I judged the journalist on his skill level.

The journalist also admitted that he was bad at the game. The time might come for any video game journalist where they have to review a game they are not good at.
edit on 25pmMon, 25 Sep 2017 15:08:30 -0500kbpmkAmerica/Chicago by darkbake because: (no reason given)

If he's bad at the game, that doesn't necessarily mean the game is too hard though. It may just mean he's bad at it.

I could care less about the game to be honest, but now that SJW are up in arms I will be picking it up day 1!

I think the same would be expected for anyone getting paid to review any product and expect people to take it seriously. They would have to at least have the most basic understanding of how to actually use the product. Like you said, it's like someone trying to review a new car who doesn't even know how to drive... and then people actually defending it because of politics!

The world has truly gone insane.

posted on Sep, 25 2017 @ 03:23 PM
link
I expect my journalists to play a game, give me details about the game, show me some video of the actual game play, and tell me how it feels playing the game. Is it smooth, is the graphics quality decent, etc.

I could care less about their opinion, or how they feel about a game.

I don't expect them to be good at said game, but I expect you to be able to follow directions and know what you are talking about. Not everyone is good at games, true. Most people do play games, in some fashion or another tho.

Now, to really give him cheese for his crappy game-playing, we'd have to look at his history and see other reviews and what not and see if he sucked equally as much.

You wouldn't buy a nailgun off a review of some guy who obviously had no clue how to use it, why would you listen to a gamer that doesn't know what they're doing in a game?

I am a hardcore gamer. I have all of the systems, and all of the games. And I am not very good at most of them. That being said, I could write a competent review of a game that I sucked at. It strikes me that many gamers are not particularly good at writing, but that never stops them, and the irony is lost upon them. I really think that the problem is the injection of politics into the debate. Gamergate certainly helped ruin the culture. But really, people put too much stock in reviews. The vast majority of games on Metacritic have very different scores between Critics and Users. It really reminds me of ESPN shoving politics into sports. The two do not mix well, and nobody seems to be getting the memo.

posted on Sep, 25 2017 @ 03:24 PM
link
I might actually be great advertising for the game and get more people interested in trying it.

Re: Mixing in politics where it does not belong, I don't think they care. They've done it with comics too, and they've killed a lot of the comic lines because sales tanked because, gosh, the people who whine aren't the ones who buy the books.

And the people who cry about the politics in football aren't mainly the ones who watch the games.

And I'm betting with games that most of the players aren't crying about politics too but will start giving up when they take over.

originally posted by: roadgravel
I might actually be great advertising for the game and get more people interested in trying it.

To be fair, I heard it's a very hard game.

I completed a Dark Souls 3 play through as SL1 (meaning I never leveled a single time) using no shields.

I am pretty sure Donald Trump being President has no impact on you being utterly dog# at the game.

Personally I truly despised the Dark Souls games for their difficulty, I can appreciate why many like them though.

I don't actually know anyone who pays attention to these video game journalists, and I use that term very loosely, seriously anymore.

I don't know why they would. I am sure an in depth article on the plight of the black woman of colour in 40s America is a fascinating topic to someone, but I want to know If I can throw molotov cocktails at SS Nazis.

Personally I go to various youtube channels the owners of which have similar tastes to mine so it'll be, most of the time, a reasonable match, without the political crap or the stomach turning virtue signalling.

Everything is becoming very political of course. Personally I think the people who read such articles have no intention of buying or playing the game. They just want to find something to be outraged about. As a result developers will pander to people who won't buy their game for positive press coverage which impacts sales negatively. Very negatively.

That's happened in the comic book industry as of late.

It's nothing new of course. Resident Evil 5 was denounced as racist by some because it was set in Africa (seems like the perfect setting for a zombie outbreak to me, that or China), as was Far Cry 2. The most humorous one I was made aware of was the apparently "racist and problematic" Far Cry 4 boxart.

It's not all one side either. Far Cry 5 (a very common title for outrage apparently) is supposedly offensive because you shoot some crazy white cult people who have taken over a state in America? I don't get it.

Do you think the gamers give a crap about political sensitive label? I would think they don't care much. It's about the game itself.

They're already calling Cuphead the "Dark Souls" of 2D platformers. Gamers will know what I'm talking about, lol. I'm sure it will drive up the sales.

AFAIK no one is offended by the game itself, just by Takahashi being so clueless. But yeah, what a windfall for the developer.