Time for CPL renewal again so Ive been at the range and doing some studying. My Concealed Daily Carry is usually the Glock 30 Gen 4-45 ACP pictured below. The last 4 months Ive switched back and forth to the Taurus PT 709 Slim -9mm also pictured. I use hollow points, always have.

Once I got the sub compact auto Glock 30-45 ACP Colt....I was in love. But some years later, it too is heavy, though Im partial to "hand-cannons". Im switching between (45-9mm) depending on where Im at each day. I may stick with the 9mm for my daily carry except on occasion. I barely feel it on me...the slim design is a welcome change.

Curious to know what others have, carry daily and why. -Mysterioustranger

*P.S. The slim 9mm was originally for my bugout bag, but that's changing!

posted on Sep, 24 2017 @ 06:36 PM
link
I carry nothing.
I'm lucky. I don't live in a place where I feel the need for a secret gun to pull on people, even though I work the liquor trade and have had a gun in my face several times (not here, of course).
I understand and respect the need for concealed carry, though.
You're some sort of crazy first responder. Im glad you have the firepower that you do, hope you never need to use it. As I'm sure you hope you never need to as well. 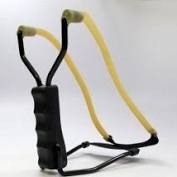 I'm a dead eye with one of those...won't stop a human unless you hit an eye.

I don't carry everyday, just when I know il be in a bad neighborhood or maybe downtown after dark.

When I do I carry a Charles Daly 45 1911. It's a great gun imo but it's a bit large, I'm looking for something smaller that's easier to hide and small enough for my wife to carry as well.

I have the permit and a S&W shield 9mm.
I haven't carried in a long time though but do take it when I travel for vacation.

I was carrying a firearm daily in the past, but this city is so placated even in what are considered the more eyebrow raising neighborhoods, I never felt threatened enough to think about using it. I lost a fist fight while carrying. Realized for what I run into in this city, I really don't need to pull a firearm out. But now if I were in Miami, that'd be a different story. Color gangs still have a presence out there. Wrong t-shirt color could have you surrounded on certain streets. Id happily take a beating one on one, but if people surround me I Will be putting holes in people.

My go to before was a Taurus .357 Mag, 5 shooter. Kept a speed reload in my pocket (I typically wear cargo's). The bitch kicked let me tell you, and shed have ya deaf if you werent careful. I would prefer revolvers as a daily carry just for the peace of mind in the functionality of it. No FTF or FTE ever. Yea i know, that is not a problem if cleaning is religious and routine, but it typically aint so.

a reply to: Quantumgamer1776
Check out Springfield XD .40 SW Sub Compact. Packs a similar punch, probably about half the physical burden. Now if your a big fella with yuuuuge hands, this may not work. Lord knows my hands are not even that big, but it felt too small for my fingers to grip comfortably.
edit on 9-24-2017 by worldstarcountry because: (no reason given)

Nice one. I just use my bare hands.

posted on Sep, 24 2017 @ 06:52 PM
link
this has helped me a lot in every situation.
I'm always loaded and ready at all times...
I've been able to get out of every sticky situation using it so far. makes me feel safe.

Hopefully the other guy carries one too.

You brain your foe?

Should I be sad about that?

posted on Sep, 24 2017 @ 07:07 PM
link
a reply to: odzeandennz
It does not seem to hold up very well against bullets though ..
This head was in fact exploded with a 12 gauge shotgun on set, I think it was a Benelli. Director got frustrated with the bull# failures of the small charges that were supposed simulate this effect so he grabbed a shotgun, loaded it, told every to get back and start shooting, and then he pulled the trigger lol!

Lol what are you bart simpson?
Dennis the menace?