Thats a lot of lost seamen

During the third season of the Black Sea MAP we continued filling in the blanks of the mosaic of ancient seafaring with the discovery and documentation of outstandingly well-preserved ships. The vessels represent the Roman and Byzantine periods and the time of ancient Greek colonization. The discovered shipwrecks will undoubtedly rewrite the history of ancient shipbuilding.

So like so many great scientific discoveries this one happened by mistake.


A team of climate scientists investigating rises in the Black Sea since the end of the last ice age happened upon shipwrecks dating as far back as 2,500 years ago
then in true scientific fashion they shot everything with laser beams and high-tech acoustic devices.

The results are a trove of breathtaking imagery of Maritime history dating back thousands of years.


Enjoy
edit on 23-9-2017 by dashen because: A moment of silence for all thea Dead seamen

I'm looking forward to seeing the inevitable documentaries that will spring forth from this find!

Here's a 3D representation of one of the Roman galleys that was discovered: 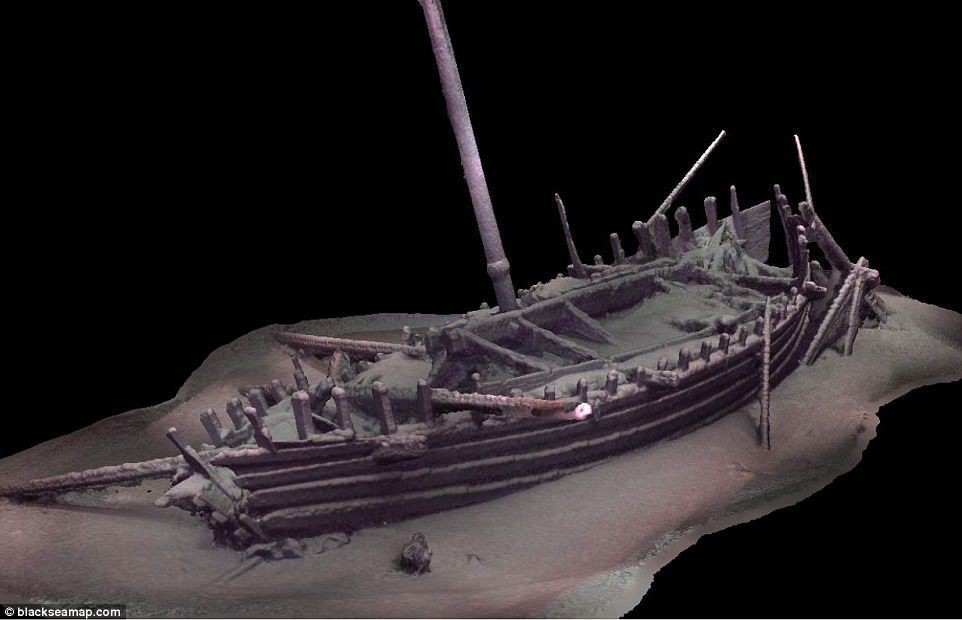 The wrecks are not the only discoveries the expedition made. The researchers excavated an ancient settlement in Bulgarian waters that was covered by the rising sea. That Bronze Age village, now submerged under about 13 feet of water, contains timbers from houses, ceramic pots and hearths. The team also collected geophysical data on hundreds of miles of ancient coast as well as core samples that will help them reconstruct the ancient shoreline of the sea.