North Korea says it may test hydrogen bomb in Pacific

North Korea is amping up its rhetoric over the nuclear weapons issue, saying Thursday the country may test a hydrogen bomb in the Pacific.

The threats came after a week in which President Donald Trump made a combative speech blasting North Korea in front of the United Nations.
...
North Korea's Foreign Minister Ri Yong Ho made the statement about the hydrogen bomb Thursday, according to South Korean media. He was speaking on the sidelines of a United Nations gathering following an extraordinary direct statement by Kim in response to President Donald Trump's threat to "totally destroy" the North.

South Korea's Yonhap news agency reports that Ri told reporters in New York that a response "could be the most powerful detonation of an H-bomb in the Pacific."


North Korea says it may test hydrogen bomb in Pacific

Another threat from NK that they could test a hydrogen bomb in the Pacific, as if we needed more threats and more "tests" from the crazy leader of NK and his advisers.

President Trump shouldn't be making threats to NK and instead they should simply take out the nuclear capability of NK. Unfortunately the people of NK, most of whom are not at fault, would pay for such a response. But it seems to be more and more clear that we only have two choices. We either way for the psychopath in NK to use attack a neighbor, or we take out their capabilities to attack anyone. There is no middle ground when it comes to NK imo.

ffs , i don't know what to believe anymore . all this saber rattling. I think the US needs to stop being the world police/bully.
Men in Denim built this country now men in suits are going to destroy it.

The news we get out of NK is conflicting at best,more of MSM BS,for all we know Kim may have the ability to destroy a garbage truck,makes you wonder what the real truth is

originally posted by: Kapusta
a reply to: ElectricUniverse

ffs , i don't know what to believe anymore . all this saber rattling. I think the US needs to stop being the world police/bully.
Men in Denim built this country now men in suits are going to destroy it.

The same foreign policy has been implemented for decades.

Another threat from NK that they could test a hydrogen bomb in the Pacific, as if we needed more threats and more "tests" from the crazy leader of NK and his advisers.


Right, if they test one more defensive weapon, we'll "need" to obliterate their whole country.

As if American people need one more demonization of lil Korea in order to justify that.

Trump needs to draw a line in the sand-another threat and we're coming-but Fat Boy won't know when and how.

Only concern is China just pretty much has cut off NK because we pushed him too. Better make sure China is in agreement with us. Really, this is China's neighbor and they should take care of it.
edit on 22-9-2017 by Justso because: (no reason given)

posted on Sep, 22 2017 @ 06:06 AM
link
The problem remains, 'taking out' NKs nuclear program would trigger a massive response and result in millions of south Koreans and thousands of US soldiers getting killed.


Is it worth the death toll?


Presumably only if you believe the NK intend to make a first strike with their nuclear arsenal.

posted on Sep, 22 2017 @ 06:25 AM
link
Japanese bankers are/ is bedfellows with the nk folks, they even have a communist party in Japan. Read this. OK, first Japan still allows money transfers to North Korea, did you guys know that, #tt no, Trump or govt US officials wont tell you that, why, because the banks. OK, if you read my post in the past, which you still can, Japan recently said no more then 100 bucks can be transferred to north korea, so will trump ban business with Japan, FK no, its all BS. meant to sell arms to asian countries. Now, really since nk sent a missile over japan and nothing happened, there was a reason for it, japan the 4th most modern military in world doesnt do jack #tte . Its all a screen play in front of a japanese shogi.
edit on 0900000043422017-09-22T06:42:43-05:00424309am6 by musicismagic because: (no reason given)

Hard to believe Japan is friends with NK. Sorry, don't buy it.

originally posted by: Justso
a reply to: musicismagic

Hard to believe Japan is friends with NK. Sorry, don't buy it.

Sorry, banker friends. Hope that clears up your thoughts. Thousands of Koreans live in Japan. Not sure about the number of North Koreans though. But what I posted is a fact.

Great news to wake up to :/....isnt the Pacific International Waters? I mean N. K. has no border with nor rights-right?

posted on Sep, 22 2017 @ 07:48 AM
link
You see.....we cannot have any Country on the Planet with capability be TESTING NUCLEAR HYDROGEN OR ATOMIC WEAPONS ON OUR PLANET.

Some idiot will kill us all if the world doesnt come together immediatly to put rules in place on a planetary level.....like China...India...USA....England....Russia....EVERYONJE needs to sign an agreement to limit the testing levels of any Country wishing to do these types of tests...NOT STOPPING EVERYONE....simply POLICING OUR PLANET AS A GROUP NOT ALLOWING ANY IDIOT TO KILL ALL OF HUMAN KIND....small scale regulated test....and once a specific level of acumen is shown then the Country can potentially be Grandfathered into the Nuclear or WMD Family and be bound by the same Global rules of conflict and testing.

Can't we just offer China a Some of North Korea coast/port in exchange for takING them down.

Maybe even Russia can get a little of the northern border everyone is happy. China can get some new ports and south Korea stays as is.

I honestly feel that this is just posturing.

I don't think anything will ever come of it.

Banker friends-well, that's everywhere. Doesn't make them buddies. Banks everywhere/all deceiving.
edit on 22-9-2017 by Justso because: (no reason given)

i don't know what to believe anymore .

Then I guess the disinformation program isn't complete yet... 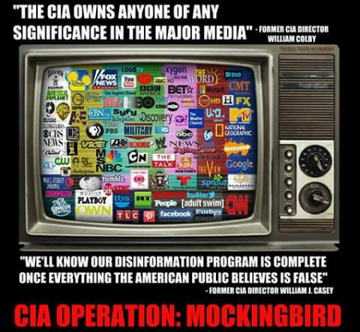 Is testing and firing a missile over your country an act of a friend?