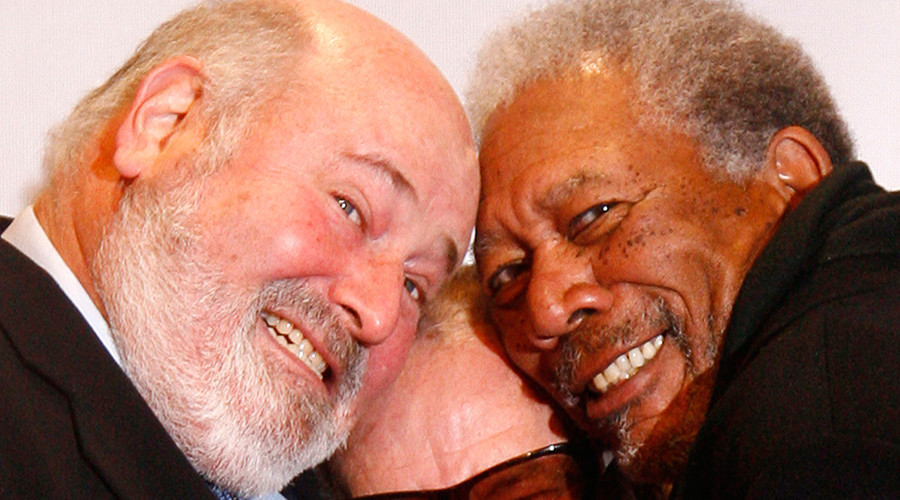 Hollywood actors often speak their minds about domestic politics, but now some in Tinseltown are also joining the anti-Russian chorus, accusing Moscow of using "hacking, Twitter armies, and fake news" to interfere with the US election.

The major player in the campaign is actor-director Rob Reiner, who joined up with The Atlantic's senior editor David Frum – a former adviser to George W. Bush – and former national intelligence director James Clapper, among others, to launch the non-profit 'Committee to Investigate Russia' (CIR).

This is the same James Clapper who said there was no evidence of Russian interference in the election, though he later changed his story.

“To understand the gravity of Russia’s invasion of our democracy, today we launch Committee to Investigate Russia,” Reiner wrote in a Tuesday tweet, linking to the organization's website.

Hollywood's Morgan Freeman also jumped on board, making a two-minute video for the CIR in which the actor blatantly accuses Moscow of interfering in the election.

"We have been attacked," Freeman says at the beginning of the video, adding that "we are at war."

He goes on to suggest a "script" in which "a former KGB spy, angry at the collapse of his motherland, plots a course for revenge," referring to Russian President Vladimir Putin.

And here i was getting the impression that Morgan Freeman, a long time hero of mine, was an intelligent guy.
What the h3ll happened mr. Freeman?

Who writes this crap?

Morgan freeman will literally put his name on anything for money.

WUNK22
+2 more
posted on Sep, 20 2017 @ 07:14 AM
link
I say who cares what Hollywood thinks! Unfortunately I know a lot of Americans are just celeb worshiping sheeple with the IQ of a gallon of paint, very sad really. They have been molded by Hollywood and public schools their whole life.

Thanks, Chuck, for everything.

Let me start with the President's tweets yesterday, this idea that maybe President Obama ordered an illegal wiretap of his offices. If something like that happened, would this be something you would be aware of?

I would certainly hope so. I can't say-- obviously, I'm not, I can't speak officially anymore. But I will say that, for the part of the national security apparatus that I oversaw as DNI, there was no such wiretap activity mounted against-- the president elect at the time, or as a candidate, or against his campaign. I can't speak for other Title Three authorized entities in the government or a state or local entity.

Yeah, I was just going to say, if the F.B.I., for instance, had a FISA court order of some sort for a surveillance, would that be information you would know or not know?

You would be told this?

I would know that.

If there was a FISA court order--

And at this point, you can't confirm or deny whether that exists?

I can deny it.

There is no FISA court order?

Not-- not to know my knowledge.

Of anything at Trump Tower?

Well, that's an important revelation at this point. Let me ask you this. Does intelligence exist that can definitively answer the following question, whether there were improper contacts between the Trump campaign and Russian officials?

We did not include any evidence in our report, and I say, "our," that's N.S.A., F.B.I. and C.I.A., with my office, the Director of National Intelligence, that had anything, that had any reflection of collusion between members of the Trump campaign and the Russians. There was no evidence of that included in our report.

I understand that. But does it exist?

Not to my knowledge.

Actors and musicians should not believe their opinions count any more than any other individual. No actor or musician will ever convince me who and what to vote for. I convince me about that weighing up all the facts and keeping alert day after day to what they are all up to.

They tread on our toes real bad. They think we are ignorant. We are not. We have our own political views. Being an actor or musician does not mean you are wise about politics, not by a long shot.

It is very egotistical and crossing a boundary. It is like they are scoffing at our own abilities and all the mental effort we put into scrutinizing and analyzing the situation.

They are doing it because they are Liberals and they want their vision to be the dominant and powerful one, but the people voted the other way. Their power is diminished and the world will not be quite the elite free playground it was for them before at the 99%'s general expense. They are "ACTING" out of self interest. Yet politics is about MORE THAN SELF INTEREST so STOP being so selfish. Of course they are free to do what they want with their names. I would caution them all to be very wary of using their names so flippantly for something as temporal and short term as politics. It all only matters in the moment. Not worth losing the credibility of your name for. Sacrifices to the sinking ship "Hillary", "going out like a dinosaur" (Bob Dylan, though he might not like me using it here as we have different politics sometimes (see even my favourite Bob can't tell me who to vote for and he would never dream of trying)).

There are some actors and musicians that I did like before they started to try and impose on me in ways they should not. Now I don't listen to or want to see them. They put me off. Pink Floyd and Roger Waters are both casualties of their outspoken views and all credibility is blown now for them with these ears.

He needs to play 'Pull My Strings' by 'The Dead Kennedys', because it sums up how he found all the ladders to climb in the Hollywood film star game.

Looks like the Pied Piper is in town and wants payment. Everyone is showing their true sides now.

Where is he wrong? The pile of bodies and rolling back of rights that have occurred under Putin are pretty consistent with other authoritarian governments.

The US is commonly represented as the source of all of Russia's woes in their media. Now granted, it's also true that the US is an easy scapegoat to use to distract the people from the fact that Russia's failing economy is due to corruption and poor leadership.

We also know for a fact that Russia has tried to destabilize other countries. The Baltic states in particular have seen Russian propaganda agents trying to undermine their governments for years now. But throughout Europe we have seen Russia funding far Right groups that lead to a weakened EU if they ever came to power.

I still find it amazing how many people on here wanted to string Obama up as a traitor for dealing with the Russians. Now all of a sudden Putin is the greatest guy in the world?

posted on Sep, 20 2017 @ 07:52 AM
link
Ugh! That earring. It's not cool or hip Morgan and you had everybody at the first barratone syllable. What a career to piss off 50% of your clientele.
This whole thing is ridiculous. Who voted Trump in, the angry white, redneck, racist, gun toting, mouth breathers the left sees or was it the diabolical Russians. Because they are not usually fans of them.
And President Trump, the buffoon and embarrassment according to the left pulled this off all alone? He sure didn't have any fans on the D or R side.
I can tell for sure that Hillary lost by the American electoral college note voting for her.!
This reminds me of the other dumbest president according to the left, who despite his lack of brain function pulled off attacking his own country on 9-11 and successfuly covering it up for 16 years now.
We should also talk about the media, internet, and social media pushing Hillary and suppressing Trump.
edit on 20-9-2017 by TexasTruth because: (no reason given)

I agree.
But the simpletons will auto-associate Freeman with GOD, because of the movies and documentaries he did.

Celebrities are always part of the show in the US presidential election. This is by no means a new trend. Historians have traced the role of celebrities in politics back to the 1920 election, when Warren Harding was endorsed by film stars including Lillian Russell.


US election: what impact do celebrity endorsements really have?

originally posted by: Timely
a reply to: Revolution9

Yes, you are right, he is. Those two don't gt on too well as we know.

I should not let it get in the way of the music I guess. Roger really doesn't like Israel very much. His partner is Palestinian. A very naughty joke just came from my imagination, but it is too naughty to repeat here, lol.

Yep Clapper is one of the ones behind this.

I suppose the irony of one of the people that not only was responsible for illegally spying on millions of Americans, but then lying about it two seperate times (once under oath) making a video calling out another countries surveillance like behavior is lost one people like Freeman.

Perhaps Morgan can work with Kissinger on a video on other countries committing war crimes next week.
edit on 20-9-2017 by Grambler because: (no reason given)

originally posted by: Grambler
a reply to: Xcalibur254

Unless you don't comprehend anything but hyperbole.

posted on Sep, 20 2017 @ 08:20 AM
link
a reply to: kloejen
I would venture to say that the only hysteria being exercised here is in the reactions of the devoted. What I see is a differing of opinions that will only be resolved by the current investigations going on. Until then, Freeman's (very measured) stance is every bit as relevant as that of those whose hands have automatically gone for their pearls in response. Every opinion matters... 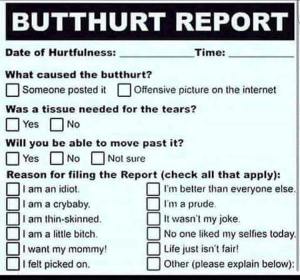 This is hardly the first example. Putin apologists have been plaguing these boards for years. However the number of people that claim Putin is the greatest leader in the world; or that he's the last defender against the Illuminati/TPTB/etc; or just generally defends every action he takes regardless of brutality or legality has definitely increased since November.