It's been about 10 years since I first signed up with ATS (I'll be damned if I can remember my ye olde login details, which is a shame) and lo and behold I've come crawling back. I've gone through the several stages of mind alteration, from first discovering this website, convincing myself we were all living in the eye of an ice giant, to becoming angry and frustrated with every governing institution for poisoning our water supply, followed by outright denial of any type of scepticism, and finding myself back to where I started in the first place. The first experience of sites like ATS can be frightening and confusing, but incredibly exciting at the concepts which get thrown around on here. As a young man I wanted to believe in everything and ended up believing in nothing.

But time passes, we get older and the world around us changes, as does our opinions and influences. My youthful ideas of aliens and crop circles were gone, replaced with more mature but genuinely worrying conspiracies of which some have unfortunately have been found to be truth. Jimmy Saville, the Jersey Care Home scandal, the Rotherham child abuse allegations, findings of systematic abuse by the Catholic church in nearly every major western city, the list goes on. It isn't the content of the issues itself which interests me, as horrific as it may be, but as the older I have become, the idea that people of my own age and older are capable and have been complacent in such a massive scale of such horrific acts. The Catholic church (Rotherham, Boston), the British government and the BBC (Jimmy Saville), the American government (Pizzagate) all of which to a young hopeful man seemed like the cornerstones of western beliefs and decency. As I have seen unfold before my eyes, none of this is true. It never has been.

So that is what has drawn me back, that is what has been digging away at me for the last few years, I guess since Jimmy Saville was unearthed as the monster he was and since we learnt of the unbelievable cruelty inflicted upon the orphans of Jersey at Haut La Garenne. All of these things are supported and protected by those who would claim to be in charge and have our best interests at heart. The people we choose to protect us turn out to be the villain. The police hide the abuser, the councillor pardons the guilty and the government honour those who have abused our most vulnerable for years. Understanding this and the reasons behind it are the reason I have got back into conspiracy theories, and what better place to talk to open minded people than Above Top Secret.

Apologies for the rant, but I don't think I have ever tried to write down exactly what it is that has been on my mind so much of late. It all came out a bit of a mess, and I hope at least a few people on here get what I mean. I look forward to getting back into it all!

For once not a USA POLITICAL shill who creates an account just for that!

Looking forward in anticipation to your contributions.....

Some seem to be untouchable in bringing to our justice, though they have much more to look forward to..

6 But whoso shall offend one of these little ones which believe in me, it were better for him that a millstone were hanged about his neck, and that he were drowned in the depth of the sea.
www.biblegateway.com... 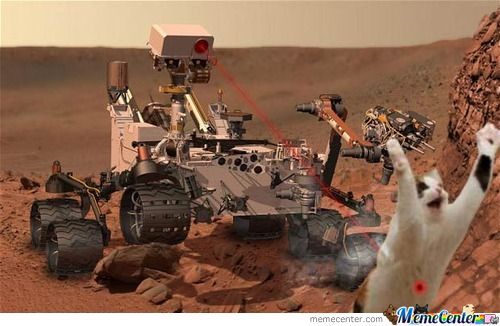 posted on Sep, 20 2017 @ 03:36 AM
link
Thanks man, I'll try and bring something of interest to the community. I'm not usually content heavy preferring to read thoroughly into a specific subject before making my opinions known, but I do hope bring some issues I care about to the surface and see what others think about them. I'm also from the UK which may be why I don't come across as particularily american, haha. a reply to: Lagomorphe

posted on Sep, 20 2017 @ 03:38 AM
link
Welcome. Maturity and a cool head is much needed in these days of political madness. Looking forward to hearing your great mind of ideas.

posted on Sep, 20 2017 @ 03:41 AM
link
To be up front and as clear as possible, I'm hugely anti-religion. Christianity and Catholicism are breeding grounds for some of the most corrupt abusers of power in our modern world. They always have been and with the countless investigations into them for centuries of abuse, they haven't even got the humility to come out and admit to the problem. Thank you for your reply all the same, have a good day. a reply to: gps777

I`ll agree with the RCC but to say Christianity is a breeding ground for corruption is ridiculous, what part of say, for instance thou shall not.... is so hard for people to understand professing Christian or otherwise, Christ took it even one step further and said even if you have committed a sin within your heart, you have committed the sin , the RCC has much more to answer for than just the topic you have bought up. If you look at society it is a lack of belief and ungodliness which is the cause for corruption. Likewise just to be up front.

Yep have a good one.

originally posted by: DannyPanic
To be up front and as clear as possible, I'm hugely anti-religion. Christianity and Catholicism are breeding grounds for some of the most corrupt abusers of power in our modern world. They always have been and with the countless investigations into them for centuries of abuse, they haven't even got the humility to come out and admit to the problem. Thank you for your reply all the same, have a good day. a reply to: gps777

Ahhh, a kindred spirit. It will cost you charisma points with some, but you'll level up again in no time !!

I'd left for a long while also, to return only to find someone had left the front door open, and loads of squatters had taken up residence. They tend to stay in the same rooms however, which I peek into once in a while. You'll get to know them in time.

Beware the grumps, the trolls and the snarks. Oh wait, I'm a snark...

posted on Sep, 20 2017 @ 05:59 AM
link
In all due respect my man, I may have said Christianity is a breeding ground for corruption (which I believe applies to every major powerful group in the world, religious or not) but what I want to make clear is that I'm anti-religion full stop. I'm not biased against one more than another, in my eyes they are all subject to human corruption and are an outdated tool for understanding our universe. It all boils down to human beings, and my opinion that given the chance, most humans would kill another just to survive. I will refrain in this instance to rant, as that can always be for another day in a thread which is dedicated just for it. I would be more than happy to discuss in length with you the finer refinements of my opinions in regard to religion as a whole. That said, have a smashing day! a reply to: gps777

posted on Sep, 20 2017 @ 06:07 AM
link
I may aswell get it out of the way early on and not lead anyone on with notions of any sort of religious affiliation. Thanks for the warm wishes! a reply to: badw0lf

Looking forward to your posts here.

originally posted by: Lagomorphe
May I suggest that you stop saying "my man"!?

Looking forward to your posts here.


I'm gonna use that against some people here now, hope it has that effect.

All of these things are supported and protected by those who would claim to be in charge and have our best interests at heart. The people we choose to protect us turn out to be the villain.


In my experience the abusers seek venues they know they can get kids alone. The State is less the villain than 'looks the other way' out of embarrassment, covering up what they don't want reflecting a tarnished image.

Welcome back. There are still stories of paranormal and UFOs here, too.

posted on Sep, 20 2017 @ 08:08 AM
link
You're absolutely right, the majority of abuse is committed by the tiniest of percentages, but all of those who are in the know and do nothing to stop it are as much to blame.

Thanks for your warm wishes! a reply to: intrptr

Things are a wee bit different around these boards these days, but there are still some worthwhile topics covered for the conspiracy enthusiast or the seekers of high strangeness. I am sure there are still Apocalyptic threads even.

I detest our disgusting corrupt establishments and not a fan of organised religion ...whatever the flavour. The world will never develop or evolve until all of these insitutions are gone.

ATS has been a mind # for me as well.