I'm into cracking codes and I also write firmware for a unamed car company.

If anyone would like to give it a go please feel free to also if anyone has any comments or thoughts on cicada 3301 please let me know.

Have a good night all, I can't wait to see what ATS will come up with!

Welcome to ATS and remember, never eat the cookies...

Welcome to ATS , i'm not good at codes but here's a free complimentary cookie. 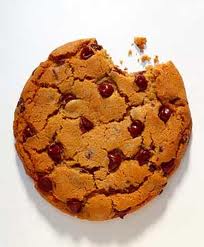 Pay no attention to LightSpeedDriver , he has a sugar allergy.

And OP remember, the cake is a lie too.

Interesting find, can we assume that is the original unaltered image that you posted? Asking because the Cicada crew sometimes hides clues inside images. I found none here. Also, there is no chatter anywhere about this latest puzzle, so it could very well be an impostor, but fun for a Saturday.

Run the top text through ROT13 decryption to get a website address with encrypted text prompting for a passcode. The text is encrypted via SHA256 (or SHA384 if the page source code is labeled accurately). The library used to encrypt the text (SJCL) is strong and not subject to commonly used brute force/hash attacks so we'll have to find the passcode the honest way.

The characters at the bottom are the Chinese symbols for day and night. Using the numbers as positions and substituting 1 for "day" and 0 for "night" you get a binary number, which when converted to decimal yields 13313 which is a prime number. Aaaand, I've run out of breadcrumbs.

Assume one or more prime numbers will be revealed in which the product is the passcode.


Have fun! I'll be interested to hear of others' endeavors.

Yea I'm still stuck on the cryptobin, I spent to long trying to find out if that is a secure way to send encrypted text. Who owns cryptobin? Do they still store the original text in a database or maybe the password used to unlock it?

Speculating if this is the real cicada why would they use a service that has potential for the creators of the website to see what the encrypted text hides. So either they somehow know they don't store original text or the password or this is just someone having fun.

Besides the point they have announced they will not be using pgp to sign any more messages. They said they will be using some type of quantum encryption but for now there encryption signature proof can still be used by classical computation.
One of the previous puzzles confirmed from cicada using there pgp signature said to look to the stars.

This image has the cicada looking to the moon and the number you just posted: 13313 seems almost like a frequency: 133.13 MHz the reason why I say this is anything under 300mhz is a long range transmission. 13(3+1+3) = 137 MHz
Weather satellites run on the 137 MHz band for downlinks. I've had my SDR running non stop and I have 3 different antenna's hooked up I just got my first transmission this morning minutes ago on 133.13 MHz from NOAA 16.

Using the software available to decode weather satellite transmissions has brought me nothing at all. So I looked into NOAA 16 its decommissioned. If they were to "hack" a satellite to constantly send down a message that would be ideal?
I could be totally on the wrong path here but one thing I find strange if its decommissioned and all sources say the downlink is off why is it transmitting clearly on the 133.13 MHz range...?

posted on Sep, 17 2017 @ 05:54 AM
link
When I first glanced at this string of data it reminded me of a youtube video's web address. Especially the last part, but when i typed it into youtube, I didn't get anything ?

posted on Sep, 17 2017 @ 06:17 AM
link
Here is something else to consider. The sun/moon OR day/night relation at any given date/point in time throughout the world.