Perkins and Co. was among the first -- if not the first -- American companies to establish a permanent trading office in Canton. With employees on the scene year-round, the firm can optimize profits on the drug — which is still legal in the United States, but illegal in China.


Company agents store chests filled with squash-size balls of opium in ships anchored offshore, to have some control over supply and price. They develop relationships with smugglers and corrupt top government officials. And they use boats manned by dozens of rowers to speed past inspectors, sneak up the coast, and deliver opium beyond the official port.

The business plan pays off again and again. On Jan. 11, 1827, one year after the apology, Perkins is back at his desk, writing another letter to his nephew. This time the tone is almost giddy.

The Forbes (creators of the Forbes magazine) are also involved:

Of course, not everyone struck it rich trading in opium. It was a competitive, highly volatile market. But those who worked for Perkins and a few other firms became the city's elite — otherwise known as Boston Brahmins. The Cabots, Cushings, Welds, Delanos (the grandfather of Franklin Delano Roosevelt) and Forbes all built fortunes on opium.


It was opium money that helped fueled the development of Boston and the Industrial Revolution.

Thomas Perkins invested in mills in Newton, an iron manufacturing plant in Vermont and what some historians say was the country's first railroad. It ran from the Quincy Quarry into Boston. Another Perkins' nephew, John Murray Forbes, invested his opium profits in steamships, mines and railroads that would eventually cross the country.


Haddad is among a handful of historians exploring the connection between America’s industrial revolution and the profitable opium trade, dominated by merchants from Boston.

"China had a really strong economy in the early part of the 19th century and the Americans were able to tap into that by exchanging tea for opium," he says. "Opium was really a way that America was able to transfer China’s economic power to America’s industrial revolution."

Perkins' ships deposited tremendous wealth in Boston too. Chests of tea, bolts of silk, crates of porcelain and cakes of opium -- which was legal in the U.S. -- were hauled off ships onto giant scales outside Boston’s Custom House. The goods were tallied and taxed in basements and warehouses around Faneuil Hall and Quincy Market. Tax revenue from the trade funded Massachusetts police and fire departments, roads, bridges, courthouses and schools.

What's interesting was that this piece of history was buried:

"There was an unwitting dependency in Boston on profits from the opium trade," says Towson University associate history professor Elizabeth Kelly Gray. But today, that history is largely buried. Most institutions contacted for this story did not know their benefactors got rich selling an illegal drug in China.


And the drug trade still continues today via the CIA.
edit on 9/15/2017 by starwarsisreal because: (no reason given)

And the Opiod Epidemic continues. Giving a time of no FDA and later able to buy some good Elixir by brand name... the CIA and Air America was never here👍

This should be a good bit of learning.

And most of them were very much legal, just gotta go ask the Pharmacist, he'll whip you up a goodie bottle of special liquids.
edit on 15-9-2017 by MuonToGluon because: Fixed.

posted on Sep, 15 2017 @ 11:43 PM
link
sherlock holmes was perpetually hammered on opium and an addict in first editions, doctor watson was basically his dealer.
arthur conan doyle drew from his own experiences on ye olde crack pipe.

Sounds like a perfect excuse to wage not one but two Opium Wars on China.

Junkies unite and pull down any statues of Roosevelt and squirt blood onto any paintings of him too!

posted on Sep, 16 2017 @ 02:12 AM
link
How about the British government being opium traders and shoving it down China's throats when the Chinese government tried to shut them out from bring opium into their ports/country.


During 1856–1860, British forces fought towards legalization of the opium trade 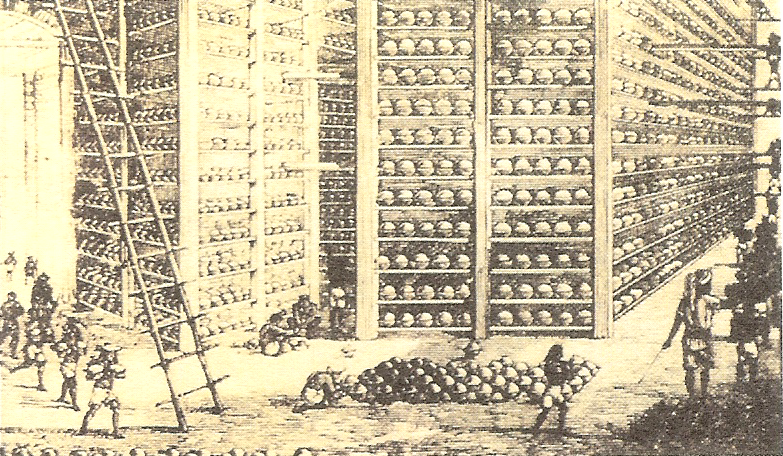 ......and HSBC is still profiting from laundering the drug money!

The kennedy family mafe a stack of cash during the prohibitio years. The Bush family got rich shipping goods to Nazi Germany. The Clintons are still into any money making fraud they can find.
Anyone see a pattern emerging of those who seek wealth and power over us all?

Many families got their starts in what we, today, would consider less than stellar ways. There is nothing shocking in this "revelation" what so ever.

posted on Sep, 16 2017 @ 06:06 AM
link
Drug dealers with massive fire power, something the imperial Chinese tried to stop.
The spiritual grandfathers of Escobar and others.

Pure history , or an ongoing enterprise?

It was, what became, HSBC's big profit generator and continues to rake in the profits to this day. They still get government issued immunity from prosecution too.

originally posted by: seagull
...and?

Many families got their starts in what we, today, would consider less than stellar ways. There is nothing shocking in this "revelation" what so ever.


A thing only known by some,and yes they knew how damaging this drug was but didn't care ,now that these families cleaned up their act and money some of their descendants are among the greatest highbrow hypocrites today.
edit on 16-9-2017 by Spider879 because: (no reason given)

originally posted by: growler
sherlock holmes was perpetually hammered on opium and an addict in first editions, doctor watson was basically his dealer.
arthur conan doyle drew from his own experiences on ye olde crack pipe.

Cocaïne.. was an other of his favorites... makes you think out of the box.

originally posted by: Golden Rule
a reply to: starwarsisreal

Junkies unite and pull down any statues of Roosevelt and squirt blood onto any paintings of him too!

Well if there were any pragmatism then perhaps all the old statues would be torn down.

originally posted by: rickymouse
Well, I don't think it was illegal to sell opium back in the middle eighteen hundreds. I'm pretty sure it was made illegal around the 1870s or so

Around 1914-1920 in the US a prescription was required, it was when several acts came into play to limit Opium, Heroin, Coco etc.

appologies - but the alledged misconduct of HSBC = utterly irrelevant - this thread is making claims about FDRs ancestors .

but for thios thread - lets stick to FDRs ancestors please