Hopefully, I'm doing this right. I've been a lurker for years but this is my first forum post. I feel that this is important enough to post because so many people still believe the BS version of our history that we are all taught in public schools. I posted this in New World Order because it is this specific lie that i feel gives them much of their power. What better way to control a people than to convince them that they are free. It's like living in invisible chains. If I'm not posting this right, please let me know. Am i supposed to cut and past the article here or can i just post the link?

Well, before linking or posting anything, try explaining a few of your points first. I mean, you didn't even mention your title in that first paragraph. Slow down and relax and give us some specific examples of what you want to relate.

Am i supposed to cut and past the article here or can i just post the link?


You can copypasta up to 10% (If I recall correctly) of a linked article.

I agree with TerryMcGuire. Flesh out your thread a bit more.

Interesting thread title brought me in but now I feel my pet peeve tingling.

You can post around 10% of an article providing it is referenced... Some Ops post more with no problems....This is the gist of your referenced article

The United States is still a British Colony

The trouble with history is, we weren't there when it took place and it can be changed to fit someones belief and/or traditions, or it can be taught in the public schools to favor a political agenda, and withhold many facts. I know you have been taught that we won the Revolutionary War and defeated the British, but I can prove to the contrary. I want you to read this paper with an open mind, and allow yourself to be instructed with the following verifiable facts. You be the judge and don't let prior conclusions on your part or incorrect teaching, keep you from the truth.

I too was always taught in school and in studying our history books that our freedom came from the Declaration of Independence and was secured by our winning the Revolutionary War. I'm going to discuss a few documents that are included at the end of this paper, in the footnotes. The first document is the first Charter of Virginia in 1606 (footnote #1). In the first paragraph, the king of England granted our fore fathers license to settle and colonize America. The definition for license is as follows.

"In Government Regulation. Authority to do some act or carry on some trade or business, in its nature lawful but prohibited by statute, except with the permission of the civil authority or which would otherwise be unlawful." Bouvier's Law Dictionary, 1914.

Keep in mind those that came to America from England were British subjects. So you can better understand what I'm going to tell you, here are the definitions for subject and citizen.

"In monarchical governments, by subject is meant one who owes permanent allegiance to the monarch." Bouvier's Law Dictionary, 1914.

"Constitutional Law. One that owes allegiance to a sovereign and is governed by his laws. The natives of Great Britain are subjects of the British government. Men in free governments are subjects as well as citizens; as citizens they enjoy rights and franchises; as subjects they are bound to obey the laws. The term is little used, in this sense, in countries enjoying a republican form of government." Swiss Nat. Ins. Co. v. Miller, 267 U.S. 42, 45 S. Ct. 213, 214, 69 L.Ed. 504. Blacks fifth Ed.

The best slave is a slave that doesn't think they're a slave. Also, the autonomy of the modern slaves is the responsibility of the slave him or herself. I.E the slave gets their wage, and spends their wage on feeding himself, housing herself. It is much more efficient and rewarding then old-style slavery.

However, the reliability and accuracy of the source should be questioned. It erroneously quotes a speech by the King in 1781, when it was actually recorded as words spoken by John Perceval, 2nd Earl of Egmont.

Regardless of the detail. The taxation within the US is not funnelled to the existing UK monarch. That would make the UK quite rich and (er) I am sure a bean-counter in Washington would have noticed.

posted on Sep, 15 2017 @ 01:58 AM
link
Thanks for the link!
This looks like bibliotecapleyades.net, but with America Stuff!!!
I wonder how many articles I'll have to read before Rothchildes and Rockefellers are brought up?

originally posted by: SR1TX
Everyone reading this garbage is now dumber. I honestly cannot believe what I just saw.

How many IQ points did it set you back?

The linked article says everything better than i could. It speaks for itself when you read it. It was meant to spark a discussion. I just want to see what everybody else's reactions were.

Dude, they "lost" billions of dollars. The guys at the Pentagon, the top minds in the country misplaced billions of dollars. We still dont know what happened to it. Who's to say the bean counters arent screwing us and just lying about it? And the royal family IS filthy rich btw.

Also, its not so much about taxes, i think, as much as resources of other kinds and political and economic influence. Our federal reserve is a branch of The World Bank of England, owned by the Rothschilds. They basically own our economy. The royal seal appears on many products produced in the US as well. These are all just little things that seem connected, in my opinion.

The capitol of the US is in District of Columbia,which is indeed owned by the queen,Rothchilds ,what do you think the Fed reserve is they own all of our money

originally posted by: mescalinity
Also, its not so much about taxes, i think, as much as resources of other kinds and political and economic influence. Our federal reserve is a branch of The World Bank of England, owned by the Rothschilds. They basically own our economy. The royal seal appears on many products produced in the US as well. These are all just little things that seem connected, in my opinion.

Your Federal Reserve is not a branch of the Bank of England (assume that's what you meant by the "World Bank of England"). The Bank of England is nationalised so is not "owned by the Rothschlds". The BOE is governed by legislation and there are no stockholders. This link with the Rothchilds is a unproven, impossible and quite silly.

posted on Sep, 15 2017 @ 03:10 AM
link
The American flag is basically a modified version of the East India company flag.

The red and white stripes from the East India company as well as the 'Lion'-like symbols in British / Welsh heraldry come from the Holy Roman Empire (later Austria, Germany, Switzerland, etc. ).

Maybe a similar trick that was pulled on the world was that Rome fell and that all its principalities became independent nations. 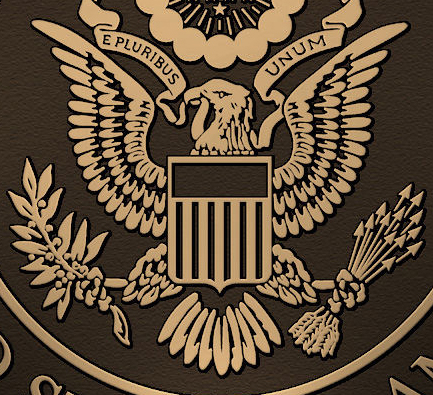 Great Seal of the United States 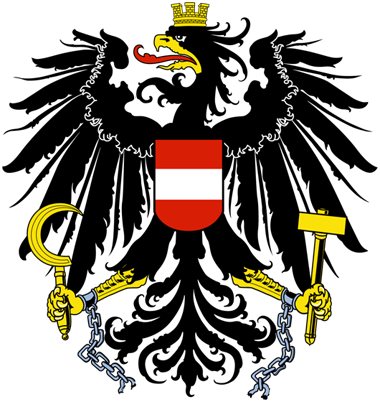 Coat of Arms of Austria 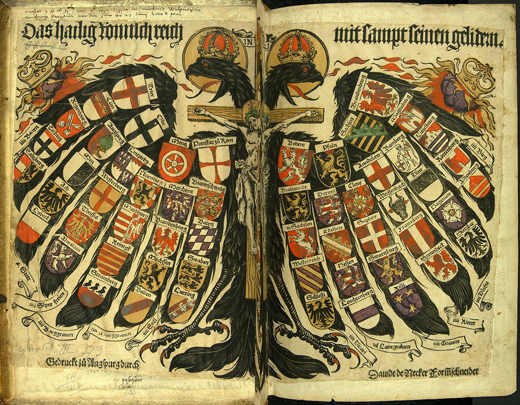 Symbol of The Holy Roman Empire


The United States of .. Germany


On the Development of World Power Structures - Part I

The reason why Great Britain brought the conflict in North America to an end was that it was an extension of the conflict with France, Spain and the Dutch. It's well known that the support for the revolutionaries in America by the French particularly was invaluable.

It was a pragmatic decision because it re-set the relationship with the newly form US around trade. The fact that Great Britain was seen to have been generous in the settlement was the start of a new relationship with a new sovereign nation that spoke (er) English and not French.

The linked article says everything better than i could. It speaks for itself when you read it. It was meant to spark a discussion. I just want to see what everybody else's reactions were.

Your right, the war for freedom and liberty, sovereignty and self determination is never won. It is a war of attrition, fighting for personal rights and individual as well as national freedom.

To not be invaded, fleeced, imprisoned, murdered,, bombed, took over, enslaved, indebted, indentured, made into serfs and peasants. The world over historically speaking, is an endless battle against god-damned control freaks, do gooders and ambitious busy bodies.

Into the sun, the lot of them.