originally posted by: starwarsisreal
a reply to: Metallicus

While I am Pro Choice, you gotta be a sociopath to celebrate an abortion. Getting an abortion is not an easy decision for many people.

It's amazing that it's still amazing that stardom, money, and the accompanying self-entitlement produces favorable people or situations we can learn from...role models...
..quality moral guidance....

The fact of the matter is, I don't care.

Because, it really doesn't impact us at all, people are pretty stupid for the most part, to get butthurt for even an opinion of theirs, is insanity to me, just stop caring about them, or else it will consume you the amount of idiotic potential...

If you can't stop allowing them to bother you, save yourself time and curl up into a little ball and start crying now, it doesn't get better, only more dumber, it's like the movie dumb and dumberer being redone every minute for the rest of eternity...

posted on Sep, 14 2017 @ 10:16 PM
link
people have the right to make flip remarks about their own experiences. stop clutching your pearls. respectability politics over something like this don't matter, because anyone who is offended by that was never going to affirm abortion as a reasonable choice anyway.

posted on Sep, 14 2017 @ 10:44 PM
link
just cause you have the right to have an abortion doesnt mean its something you should be proud to do, it was meant as a last resort for mothers who just couldnt for whatever reason.

not for free spirits to # wildly and just cast their fetus corpses to the wind in celebration for their sexual freedom....
edit on 14-9-2017 by NobodiesNormal because: (no reason given)

The number has been going down every year for decades now. The numbers rose every year from 1970 until the peak in 1990 at 1,429,247. The number of abortions has gone down by about 1/3, just since the start of the Obama administration.

I don't think people are having less sex. It seems that what they're doing is using more contraception. The irony is that things like sex education, programs to distribute condoms and ensuring that insurance plans pay for contraception are all hugely unpopular with conservatives as a group. Instead, they'll support ineffective abstinence only programs pushed by the likes of Sarah Palin's daughter (between pregnancies).

posted on Sep, 14 2017 @ 10:50 PM
link
It is unfortunate that she chose to end a life for her own convenience but that is on her. Given her acting skills and value to society, the less she reproduces the better.

originally posted by: Metallicus
First, I am pro-choice even though I abhor abortion. Just because I don't personally agree with the beliefs of others doesn't mean I am willing to suppress their right to choose.

Now, here is my problem with this actress. Abortion SHOULD be a hard decision to make and one that at the very least is treated with some level of respect. I mean the future of a human life is being decided.

The fact that she can make such a flippant remark regarding abortion sickens me.

I know some here will probably think she is absolutely within her rights to say what she did and I would agree with you, however, this is NOT helping sway opinion in favor of her cause. It is alienating people like me who are already support her right to choose. When I think about her talking about taking a human life like it is a big joke I am completely put off. I think we as human beings can do better.

This woman is disgusting.

Actress Martha Plimpton was cheered on by an audience after boasting she had her "best" abortion in Seattle.

In a video shot in June just gaining wider attention, the actress was being interviewed by controversial author Dr. Willie Parker at a #ShoutYourAbortion event in Seattle, when she told the audience of having her first abortion at age 19.

I very much admire that you can be pro-life while also supporting freedom. Having read your opinion of abortion your support of choice is even more admirable.

I agree with you, this is disgusting. There are viable means of birth control and there is no reason not to us them. I will not read the full article, the quotes are enough. She's getting cheers by being irresponsible.

ETA: When I say you are pro-life I mean you do not support abortions, not that you wish to curtail rights.
edit on 9/14/17 by Ksihkehe because: (no reason given)

posted on Sep, 14 2017 @ 11:01 PM
link
a reply to: Metallicus
It is sick individuals such as this which is why I started a discussion on re-visiting abortion laws shortly after victory in November. My thoughts on the matter are in that thread, and it was with women such as this actress in mind that I even bothered to draft a new piece of legislation that offered a fair compromise to the abortion controversy while still keeping the right to choose, albeit not alone in most cases I hope.

The father should have a say if her consent is required to create the baby. His consent should be required to terminate it. With exclusions an penalties outlined. Its still open for debate if anybody wants to freshen it up
Let us Re-visit Abortion, Here Are Some Proposals

originally posted by: Metallicus
I suppose having respect for the sanctity of human life is old fashioned to you?


Old fashioned, no. But a very old cliche.

What is the sanctity of human life?? Is that the people who behead others for not believing in their god? Or the gang of people who shoot and kill others because of rivalry? Or because a drug debt it owed? Or a government drone that mistakenly obliterates a wedding party in Iraq?

Why are you trying to elevate human life to some, untouchable, unrivalled status of being? I'm not saying human life is worthless, not at all. But like everything else on this planet, we're evolving animals, born and die in an almost infinitesimally small amount of time in an uncaring, unfair, unbiased universe. Either ALL life is equally valid, or none of it is. You can't have a pity party when a group of cells which will grow to be a human primate are extinguished, given the amount of other death ad destruction inflicted on us, by us or by natural events.

It just seems you're shedding tears for a very subjective opinion, not something that is objective when you look at life in a bigger picture.

I am not saying she can't make that decision, but it shouldn't be a damn joke.


Maybe being flippant was her way of dealing with the trauma and pain, both emotional and physical, she went through. I don't know, because I'm not her. But so what if she made a joke about it. Are you offended? Should there be laws about being offended as well?

While I support women having a frank, open discussion in earnest about their own complicated, difficult experiences surrounding their abortions, talking about it like a trip to the day spa is sick and disrespectful. It's a serious topic, not a vanity fair trip guide article.

posted on Sep, 15 2017 @ 12:06 AM
link
Ah yes, this must be some of this PRO Abortion smut. It hadnt occurred to me there be a stage beyond mere pro choice until this past winter i happened to click on an abortion thread to see some everyday ats leftists tearin it up in there. The jist i extracted from them was abortion the day before natural delivery was "none of your business". 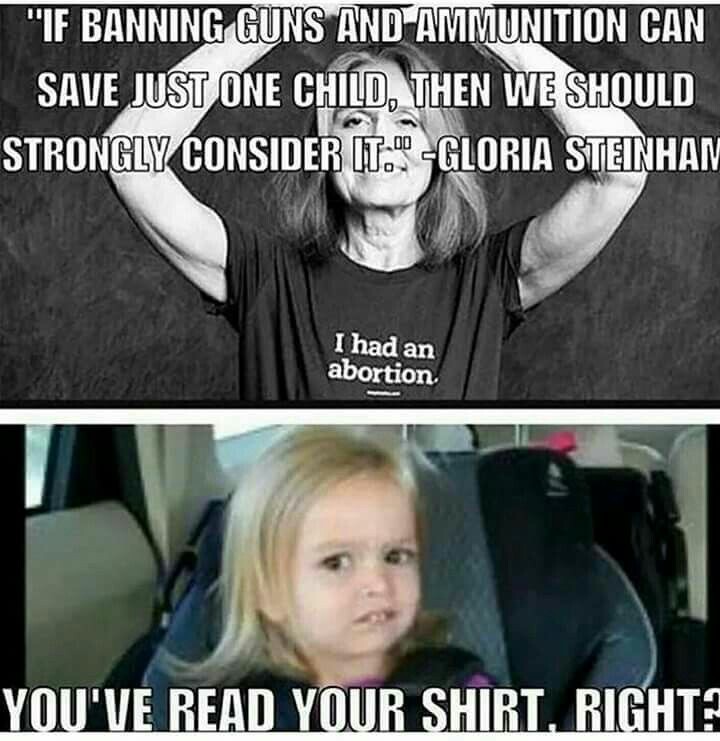 She should be charged with murder and locked into a jail cell.

originally posted by: noonebutme
a reply to: Metallicus

Maybe a woman (not the person in the article, someone different) was raped and she wants nothing to do with the collection of cells growing in her womb; it reminds her of the horrible man that took away her rights and freedom and her dignity. Maybe she wants it gone and everything that reminds her of her ordeal. In that case - it probably isn't a hard decision.

The whole abortion deal i find quite laughable. People scream until they are blue in the face about the rights of some grouping of cells that are killed. Millions of people die every day, many in terrible, cruel, inhumane ways. Do you lose sleep over it? No. What difference is a collection of cells? Why are you so incensed? Or are you placing unseen, metaphysical implications to the termination of these cells?

The point I'm making is - this woman, Martha Plimpton, isn't 'disgusting'. She has every right to decide what she does with her body and the collection of cells growing in her.


And we have every right to call her celebration of and flippancy of this difficult decision disgusting.

originally posted by: Grambler
And we have every right to call her celebration of and flippancy of this difficult decision disgusting.


Sure you do. I just disagree and say that a) maybe it wasn't a difficult decision, as we're only assuming it was/wasn't based on her attitude, which may or may not be masking true regret and b) I'm not a precious snowflake who thinks an unborn, non-human collection of cells is sacred and sacrosanct.

By all means, be riled up and upset and think whatever you will of her, but what good will it do? What will your 'being offended' change? Nothing. (shrug)

originally posted by: MysticPearl
a reply to: Metallicus

She should be charged with murder and locked into a jail cell.

Did she have an illegal abortion? No, didn't think so.

Exactly, I don't agree with her comment either and how it's painting pro choice, as it mirrors the fake accounts on social media that were made to do such. Now it's just going to add to the fear going around news and social media about women intently killing their children and gloating about it.

originally posted by: MysticPearl
She should be charged with murder and locked into a jail cell.


For what? Which human life did she murder? She didn't. It wasn't a human being as such at that point.

If you're going to call it 'murder' then you need to know exactly *when* to define the 'thing' that was in her as human and a right to life. Which, both biologically and philosophically, at such an early stage of conception, we have yet to be able to answer.

Where and when do you draw that line to say when the unborn entity is a human being? Some argue it's the moment of conception, when the egg is fertilised. Is that's the case it isn't anything more that a single sperm and egg -- which means I murder millions. Daily. Multiple times!

So, I'd reign back your ethically unbalanced charge of murder and use your intellect rather than your emotions.

originally posted by: LesMisanthrope
If it isn't human life, what other kind of life is it? And to cheer and clap afterwards is a celebration of death.