Calling all Christians, Libertarians, Free Marketeers, Conservatives -- where y'all at?????

But, for other portions of Houston, things are not going to be OK for a very long time. A lot of those divides are economic divides. It has also really highlighted the racial segregation in our city

In a lot of the neighborhoods that we have gone to, we have actually had people tell us, "Nobody else has come to check on me." Maybe their pastor has come to check on them, but no other organizations have been out there besides the Democratic Socialists in their red shirts. There is something really heartbreaking about that to me.

I have not seen the Red Cross out in the field doing any work in any way.

I have seen Black Lives Matter Houston out doing what are called "muck and gut" operations at homes.

I know unions have been out doing the work. The AFL-CIO here has been coordinating some efforts, as well as individual unions like the Texas State Employees Union and UNITE HERE.

But, no, not government agencies and not the Red Cross. I have also seen insurance salesmen out and about.

Yep, the Free Market takes care of everything - don't it?

Personally I donated to the Red Cross and other relief organizations.

Sorry if that isn't good enough for you.

I supplied incubators and lab equipment.

What did you do?

The specific reference to democratic socialists in their red shirts didn't give it away, at all.


Calling all Christians, Libertarians, Free Marketeers, Conservatives -- where y'all at?????

Looking at this picture: 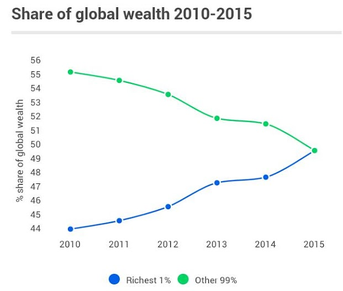 The poorer neighborhoods are often built on cheaper land.


What I'm saying is that the rich neighborhoods tend not to be in or around any flood plains.


This idea and it's implications could be expanded upon... post hijacked.


Calling all Christians, Libertarians, Free Marketeers, Conservatives -- where y'all at?????

I'm sure you've donated time and/or funds to the cause for aid due to Harvey or Irma. .....right?

I mean, surely you wouldn't be throwing stones without a proper house.

My wife's church sent a dozen people down to Texas.
They took loads of supplies too.

posted on Sep, 14 2017 @ 08:33 PM
link
Generally speaking, all those you are calling out are most likely working through their various organizations.

Most larger faith networks like Catholics and the Missouri Synod Lutherans have well established and trained disaster relief orgs that go into high gear funneling man power and material through to their local branches who then work with local first responders to set up what's needed where it's needed.

Often they've discovered that the best people to understand what's needed are the ones who were affected directly. So those are the people they defer to when organizing.

Lots of other people are donating and volunteering as they can through whatever networks they can find.

This is the charity, more generous than thou game. I don't play it. It serves no purpose other than virtue signaling. So what was your point in posting this? Are you really concerned that good is being done or are you doing good to puff yourself up with pride and show the world how much better you are than they?

Christians don't need a tragedy or natural disaster to give to charity.

Christians don't need a tragedy or natural disaster to give to charity.

No, but at times like this, we may direct our charity more to certain quarters and purposes.

How much more should it be to make it a better Socially acceptable ?


“Let this sink in for a minute.....Hundreds and hundreds of small boats pulled by countless pickups and SUVs from across the South are headed for Houston. Almost all of them driven by men,” Cayman Sartin posted Friday.


“Most of them are by themselves,” Sartin’s post continues. “Most are dressed like the redneck duck hunters and bass fisherman they are. Many are veterans. Most are wearing well-used gimme-hats, t-shirts, and jeans; and there's a preponderance of camo. Most are probably gun owners, and most probably voted for Trump.”

Could have been portrayed in a non click bait manor, also included are non virtual signaling paragraphs in the rest of the article above, because many people help during disasters not just limited to one partisan side or another.

originally posted by: c2oden
Something about this doesn't sound right...

The specific reference to democratic socialists in their red shirts didn't give it away, at all.

Go to the About Us page, and Progressive Picks.

To the topic at hand:

Most of them were saving lives with their "redneck bass boats" shortly after Harvey hit. But good of these "Democratic-Socialists" to at least show up at all.
edit on 15-9-2017 by Wardaddy454 because: (no reason given)

I wonder if any read the article. If they did they would learn that plenty of help was send - and yes plenty of people helped during the event. But now, now that the rebuilding is upon Houston, you aren't seeing much in the poorer - browner parts of town. Yes the land is cheaper - does that mean the residents don't deserve help ? I don't think so. People who live in poor areas are citizens of this country too, pay taxes (and as a percentage of income, higher taxes then most) and there is no official presence to help them 'dig' out. Plenty of help in wealthier neighborhoods. No police, fire, red cross, etc helping those that need it the most. Those helping are Black Lives Matter, The Unions, The Democratic Socialists, a few churches and I suppose, by now, maybe the Scientologists (they helped a lot in Katrina)?

One might think that y'all want poor people to just die quietly.

The best 9 words you will ever hear after a hurricane like Harvey and you lying on the ground injured with your house destroyed,

"We with the government and we're here to help."

The best 9 words you will ever hear after a hurricane like Harvey and you lying on the ground injured with your house destroyed,

"We with the government and we're here to help."


Please have the decency to attribute the quote correctly.