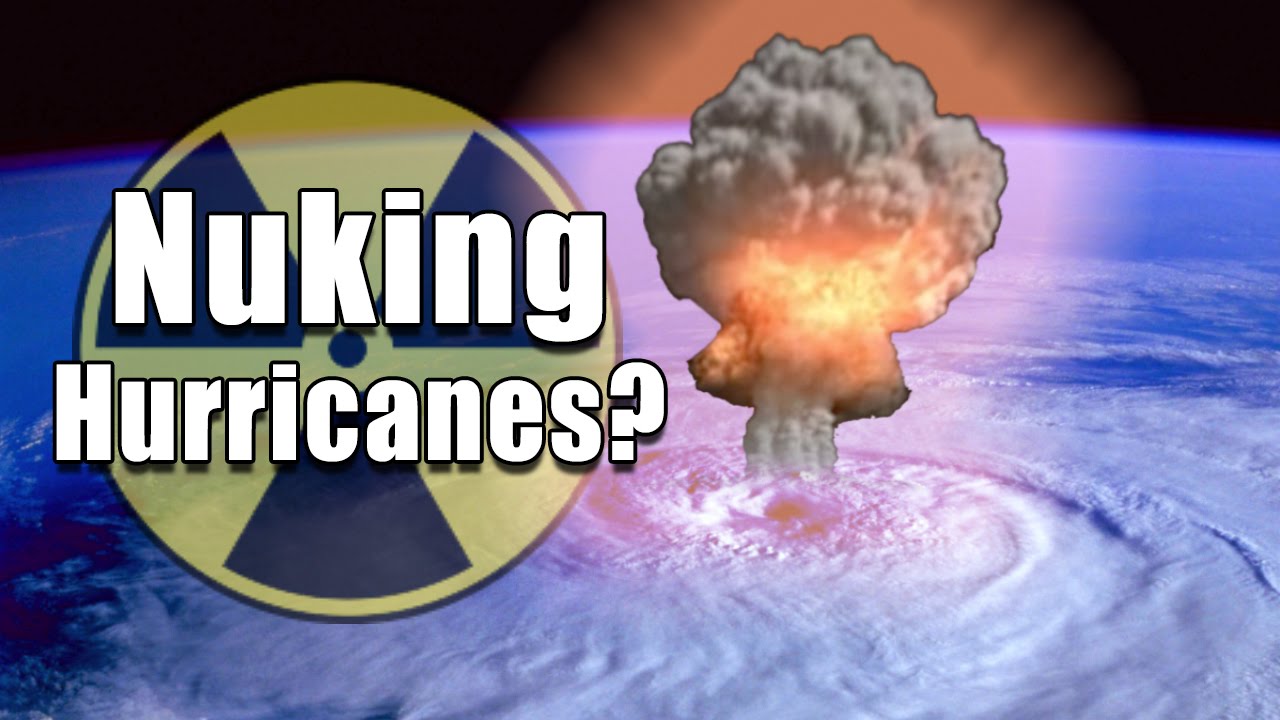 Believe it or not this is a serious albeit hypothetical question being discussed by scientist and the public alike. Just this morning on my drive to work they were discussing it on the radio. And sure enough if you Google it, you get no shortage of discussions on this seemingly stupid answer to mother natures destructive powers. NOAA says they get tons of questions about this every hurricane season.

Before we get to any "science" in this let me just say, yes. Nuke the bastard.

I mean which one of our problems haven't been solved by dropping bombs? It has a PERFECT track record. Just bomb the crap out of our problems. Works every time its tried 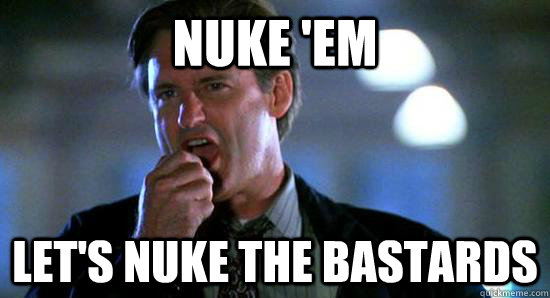 Lets forget about radiation for a moment here. Lets assume that a radioactive hurricane is somehow less dangerous than a conventional one.

Would a nuke actually help dissapate or weaken a hurricane?

Proponents of nuking storms point out that hurricanes are major centers of low pressure air, so in theory, increasing the air pressure will nullify them. A shock wave produced by a nuclear warhead is indeed a high-pressure outburst. The energy released by a nuclear bomb detonated just above and ahead of the eye of a storm would heat the cooler air there, disrupting the storm's convection current.

Maybe these guys are on to something here.

In his paper, Reed speculated that a submarine could travel underwater to penetrate the eye of a hurricane, where it would launch and detonate one or more nuclear missiles. The ensuing explosion would loft most of the relatively warm air in the hurricane's eye high above the storm into the stratosphere. The warm air would then be replaced by colder, denser air—reducing the wind speed and weakening the storm.

The heat release is equivalent to a 10-megaton nuclear bomb exploding every 20 minutes. According to the 1993 World Almanac, the entire human race used energy at a rate of 1013 watts in 1990, a rate less than 20% of the power of a hurricane.

If we think about mechanical energy, the energy at humanity's disposal is closer to the storm's, but the task of focusing even half of the energy on a spot in the middle of a remote ocean would still be formidable. Brute force interference with hurricanes doesn't seem promising.

Not looking good for the Nukes. But don't give up yet. We know what good we can do with some good ol' fashion Nature bombing.

To change a Category 5 hurricane into a Category 2 hurricane you would have to add about a half ton of air for each square meter inside the eye, or a total of a bit more than half a billion (500,000,000) tons for a 20 km radius eye. It's difficult to envision a practical way of moving that much air around.

A fully developed hurricane releases 50 or more terawatts of heat energy at any given moment, only about 1 percent of which is converted into wind. The heat release, Landsea wrote, "is equivalent to a 10-megaton nuclear bomb exploding every 20 minutes." The entire human race in 2011 used about a third of the energy present in an average hurricane. So bombing a hurricane might be about as effective as trying to stop a speeding Buick with a feather.

So it seems that even our most powerful destructive forces are nothing compared to what our planet can manage. Silly humans.

But I say all these scientist are stupid, they got their degrees at a Walmart. Lets nuke these sons of female dogs and show nature what we can do.


When in doubt, whip those nukes out. 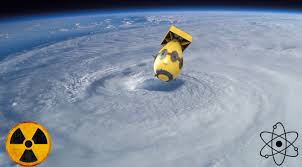 I like this idea. We should also drop 10 megaton nuclear devices on earthquakes, tidal waves and spiders.

Sounds like a great premise for a new Sharknado-type of Syfy/Comedy flick.

"A hurricane gets irradiated and Hulk-like after scientists/military try to nuke it... evolves into a category 12 storm causing nuclear fallout and hurricane destruction on everything in its path..."

And mosquitoes. I hate those useless insects.

Also we should drop the Rods of God on all summer thunder storms. They've ruined enough back yard barbecues.
edit on 13-9-2017 by FauxMulder because: Target remains, I repeat, target remains.

originally posted by: DJW001
a reply to: FauxMulder

and you say "let's forget about radiation?"

It was rhetorical for the sake of seeing if a nuke would do anything to a hurricane. I thought the dripping sarcasm would have given that away.

We can direct a meteor from space into the eye of the hurricane to try and cork it like putting a drain plug in the sink!

I like this idea. We should also drop 10 megaton nuclear devices on earthquakes, tidal waves and spiders.


You say spiders like it's overkill. 10 megaton nuclear devices are not enough.

I would not advise use of nuclear weapons for this task, but a large cluster of MOAB bombs, launched in such a way as to detonate on contact with the eyewall, preferably on the leading edge, all up and down its height, might slow it down at least. Using conventional explosives would also have the benefit of not being utterly stupid from a radiological perspective. Put simply, if we have Fukushima in the world, we cannot have anti-hurricane nukes. They would be a decidedly stupid idea, even without Fukushima to consider.

"A hurricane gets irradiated and Hulk-like after scientists/military try to nuke it... evolves into a category 12 storm causing nuclear fallout and hurricane destruction on everything in its path..." 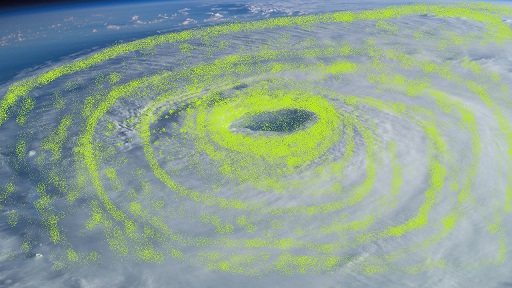 originally posted by: FauxMulder
Also we should drop the Rods of God on all summer thunder storms. They've ruined enough back yard barbecues.

What about loud neighbors? I want them handled in the same manner.

You say spiders like it's overkill. 10 megaton nuclear devices are not enough.

I was thinking of the children.

No, I wasn't, Tzar Bomba them.

Lol, i thought it was pretty excellent. Definitely B list movie material.

posted on Sep, 13 2017 @ 07:12 AM
link
I think doing such a thing would only increase the hurricane's intensity and transform it into a not just a hypercane, but a radioactive hypercane.

Yes absolutely. I propose a bureaucratic government council where you can request your problems to be nuked. This will be a lifetime appointment. Senate approval required of course. I'm not a commie.

originally posted by: FauxMulder
I propose a bureaucratic government council where you can request your problems to be nuked.

In that case I know a certain cowpoke in the Portland area who's gonna glow in the dark.