What happens when we come to expect more than we offer?

What happens when we stop supporting our arguments with facts?

What happens when previous knowledge has been forgotten?

What happens when blatant ignorance is allowed to spread?

What happens when we don’t seek, but demand answers?

What happens when free thinking is considered taboo?

What happens when it becomes no longer fun?

Why did YOU let it get this way?

I suggest you take these posts into consideration:

This thread has turned into a pissing match much like what's all over the MSM, that's not what we built ATS for so I'm closing it. - Springer


What the hell do you think is next to close? 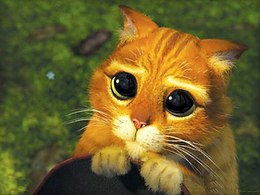 Please, strive to find the time, energy and maybe the confidence needed to make a worthwhile thread. Any topic that brings you joy or that you feel is important will do. Invigorate ATS with science, technology, philosophy, the paranormal or while I'm groveling, an actual conspiracy thread!

I, as well as the rest of the COMMUNITY await your contributions.

Please, strive to find the time, energy and maybe the confidence needed to make a worthwhile thread.

Alright, I'm on it

The amount of churnalism at ATS is astounding. Instead of writing our own articles, we steal another's, ruin it with our own commentary, and pass it off as our own.

edit on 12-9-2017 by bananashooter because: To not bite the hand that feeds me

posted on Sep, 12 2017 @ 01:18 PM
link
Well I mean that's expecting a lot, how many can be on the front lines of journalism? I mean in some instances sure, but come on. I like the churnalism aspect of ats, watching a story or report slowly dissected into the actual truth as blood thirsty ATS members scour the web for the actual facts. reply to: LesMisanthrope

Blessings for you Eisegesis, for your superior, and very awesome threads.

Far beyond anything this guy could do.

So let's listen up.

originally posted by: LesMisanthrope
a reply to: eisegesis

The amount of churnalism at ATS is astounding. Instead of writing our own articles, we steal another's, ruin it with our own commentary, and pass it off as our own.


I won't fault you for seeing it that way, but ATS is a hall of mirrors. No matter how big or small we appear, or how disorienting the place becomes, we should never stop having fun. I welcome the "churnalism" alongside the more serious attempts to grab our attention. Unique expressions of mundane things are anything but mundane and sadly, that expressiveness has been far removed from the equation.

posted on Sep, 12 2017 @ 02:46 PM
link
Got to see Rodger Waters in New Jersey last week, great music. But over the top propaganda, all anti Trump BS. It's really a shame, I didn't hire him for his leftist ideology. Next time shut up and sing boy!!

that always irritates me. Bringing up politics will automatically piss off half of the audience right off the bat. If you left your religion and politics at the door, everyone could just enjoy your talents and go home. When I hear Springsteen mumble about how wonderful his thoughts are, I cringe as well. Waters is an amazing writer and musician, but damn, sing, don't talk.

What happens when we come to expect more than we offer?


We become selfish and entitled.

What happens when we stop supporting our arguments with facts?


We become bias and ignorant.

What happens when previous knowledge has been forgotten?


We lose sight of our direction.

What happens when blatant ignorance is allowed to spread?

What happens when we don’t seek, but demand answers?

What happens when free thinking is considered taboo?


Then hive-mind becomes the norm.

What happens when it becomes no longer fun?

Why did YOU let it get this way?

But I think the sad truth is that folks participate and contribute at the level they can and choose to. If folks wanted to do better, then they would -- where there's the will there's always a way.

Every time I see a well-researched and presented thread, I star and flag it -- whether I agree with the premise/conclusions or not, because I appreciate the time and energy and thought put into that thread, and because it's an opportunity to learn and expand our perspective. There was a time when I only starred and flagged, because the threads were so good I knew I wasn't qualified to comment at that level. There was nothing of value I could add, so I just soaked in the wisdom. Not any more. And it really bums me out.

Billions of PR Dollars, Euros, Yuan and Rubel at work. It's really funny in a sad way to see the spindocs nagging at the usual things like crazy.

I never fully understood why they think this crap could work, most people I know just walk away and mind their own business. It's only the idiots like me and you who still keep reading the crap, while arguing with the pricks that build literal walls. Which is why it might seem like things work out for them when they actually don't. There is no such thing like control of opinions, that's just the perception of a moment in a time, in which most people already turned away in disgust due to a lack of an interesting read.

Opinions are easily swayed by stars and flags, likes and dislikes? Black Mirror, Nosedive much? Well. I don't think so. That's what people might say on fakebook though, after pimping up their pics with photoshop to keep up with the Joneses. But our social engineers and their ... err... scientists... are blind to this fact, because the data already left the room and their own ambitions dictate them to fall for confirmation bias.
But... but... but... repetition works and the last trolls response leaves the reader with discomfort and kills the whole topic foreverever?!? Sure. Not. And the study you have in mind saying so, is probably garbage for the reasons mentioned. Self-preservation is a pretty strong urge.

It's hilarious, actually. You just need the humour and enough time to think about it. Things are clearly not what they seem to be.

Worse still, you listened to it?