posted on Sep, 11 2017 @ 08:13 PM
link
Steve Bannon is saying firing Comey was a mistake. I happen to agree.
I don't know where the special councels investigation will lead. I have thoughts that aren't shared around here but I can't say what they've uncovered or what it will eventually mean.
When Comey was fired I was very surprised and that was mostly because it made trump look guilty and appeared to be to stop or hinder an investigation into Mike Flynn. It seemed a very risky move to me.
Now Bannon is trash talking I think. In a related article he said he believes the GOP is trying to nullify the election.

In a "60 Minutes" interview that was posted online Sunday night, Bannon was asked whether he considered Comey's dismissal -- which ignited a political firestorm and directly led to the appointment of a special counsel to investigate Russian meddling in the 2016 election, including potential ties to Trump's campaign -- the biggest mistake in political history

Not sure why he's saying this. They appear supportive. They sure didn't deliver on what they said they would which makes me think they don't have very good skills in figuring out how to deliver what they said they would.
We need smart visionaries who can write good smart fiscally responsible legislation and be able to bring everybody to the table and make it understandable for everyone. McConnell I think is just too old and too stuck in his ways. I don't think he brings an open mind to the agenda. Ryan is young and ambitious but lacks the stamina to be a visionary as far as I can see. He's a yes man not an idea man. But what is Bannons goal here? To out them? Or is this a not too well veiled message to start towing the line. And what will these two do? If they don't have good ideas that most can get behind then someone see needs to be rewriting the ACA.
The problem isn't going to go away and it seems there are republicans who do not support the repeal without a solid acceptable plan for replacement . And others who want no part in a replacement. These two have an impossible task. And a boss who won't hesitate to work around them if he needs to. (Did he really ask Chuck Schumer if he watches Fox News?)

To me this just comes off as an attempt to further the divide.

Almost as if someone put him up to it. Just my quick take on it.

posted on Sep, 11 2017 @ 08:30 PM
link
GOOD thing our boy isn't really a political player, I SAY.
Adapt to overcome the MARINES say.
I'd say he is responding WELL ,to these Orkish hordes of lawyers,Obama and RINOs are sicking on him
edit on 11-9-2017 by cavtrooper7 because: (no reason given)

What cracks me up is the left absolutely loathed Comey up until the point that he was fired, then all the sudden Trump is 'hiding' something.

Don't worry, I'm sure they will find something...anything to throw at Trump. Probably around the same time they get Hillary.

I've always thought that. But these two stories make it appear that he's trying to divide the house not the country.

originally posted by: thesaneone
Bannon is just throwing a tantrum.

posted on Sep, 11 2017 @ 08:50 PM
link
Comey was hiding something . Something he found out in the "investigation" . Something so evil it may never see the light of day.
Perhaps all of the Comey deal was just a cover . Or perhaps some folks were concerned for his life . Or both. 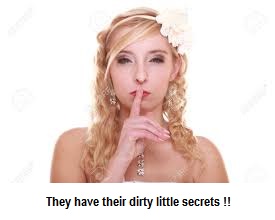 They were angry that's true. Especially with his October surprise. They weren't happy with his method of announcing it but we're very happy to hear his decision not to bring charges against Hillary so they were 50/50 on their feelings. I think most continued to respect his abilities while blaming him for lost votes. I didn't know much about him prior to last summer but I researched him and he had a good reputation in his work so I trusted him to weigh the evidence fairly. I didn't like that he announced he was reopening the case eleven days before the election but I didn't blame him for needing to after they found more emails. I expected him to do the same fair work with the Russia probe but trump didn't trust him and perhaps in hindsight he should have just let the man do his work.
If trump had nothing to fear then he should have just let them do their job. I don't know why he didn't.
For me the question is multiple choice. Is he stupid or is he guilty because there was no deep thought in the move to fire Comey.

posted on Sep, 11 2017 @ 09:01 PM
link
lol. Trump used Bannon to help get him elected. Trump and Bannon disagree about some things, so they split ways. What actually amazes me is the left that is listening to what Bannon has to say now. For the one's that say that Trump is a fool, he fired Comey, he also got rid of Bannon. It seems as if he is playing the entire government for the fools that they are.


bannon has been the only winner thus far in this mess.
neo-nazis renamed the alt-right, anti fascists now a bad thing, black lives matter recognized as a terror group by the tiny minded and globalist being a euphemism for jews.
the guys shown a goebbels level of propaganda ability that a huge chunk of the electorate swallowed hook, line and sinker.

What is this genius plan that involves getting a special counsel to investigate you back to your first kiss? Because it seems that he sets up an obstacle course for himself with his moves involving this whole Russia thing. Firing Yates, firing Comey, the meetings, the lying about meetings, the lying about being involved in Russia when he outright denied having any ties to Russia. None of that makes him look innocent.
He's his own worst enemy in this thing. I'm sure Kelly has laid that out plainly for him to see where his mistakes have been. If he didn't do anything then he needs to just shut up and let this investigation go forward.
edit on 9112017 by Sillyolme because: (no reason given)

originally posted by: Sillyolme
a reply to: Gothmog

Hopefully a good 10 to 20 years. He deserves that just for the way he handled HRC.

All their noses should be 20ft long from all the lying they did.
Even Lindsay Graham, who is no great friend to Trump, has said he smells a rat with Comey.
I think you are right though Xuen, it's all part of the plan LOL