So last night I had a pretty random and spontaneous night with an old friend of mine that somehow landed us at a movie theater around midnight. Surprisingly it was quite packed, with the last showing of 'It' being the only thing still playing. I remember watching the original as a kid and being scared #less, but beyond that I don't remember much so I didn't have any expectations going into this one.

Being a remake of a cult classic that was originally adapted from a book - in the horror genre no less - has a LOT working against it, but to my surprise, the film was refreshingly good, and pretty scary too. I'd have to watch the original again to compare the 2, but as a stand alone it definitely works. A mix between The Goonies, Stand by me and Stranger things - with a clown. The young cast pretty much carried the film with their chemistry and performances, and whoever played Pennywise (the clown) absolutely nailed it.

The film has a few of the expected jump scares, but it's the dreaded atmosphere that drags throughout the film fueled by fear and anxiety that really works. The cinematography and imagery was really great, even if it was disturbing to look at sometimes. The score wasn't anything groundbreaking but fit in perfectly throughout the film. You can't really expect much of a script in the horror genre, but it's the interactions between the young cast that really makes the film shine. I can't say enough about the cast, and even though Pennywise did a fantastic job, the kids seem to always outshine him when they're on the screen together, never letting "It" take the spotlight.

Scary, funny, disturbing, charming, vile, and at its core, a lot of heart. Very nostalgic and a rarity from the horror genre -- and possibly the best of its kind in a while.

Highly recommend for fans and newcomers!

Great review. I felt pretty much the same. The dialogue between the kids was so authentic and well done! There definitely is a goonies/stand by me esque vibe to it all and I absolutely loved that about it. When they start standing up for themselves you really do root for them because you've become so invested in the characters. This could have easily been a terrible film but a huge amount of care went into making it. Am probably gonna watch it again this week.

I read the book when I was in 6th grade and was still walking to school with my little brother and some school friends.. there was one particularly adventurous route to school through a short section of underground storm drains, and the book put an end to that.

Have a great week! (Especially Saturday!)

I rarely ever watch movies twice, but I would actually watch this again just to soak it in once more. And more sober.

originally posted by: knowledgehunter0986
a reply to: intrepid


I lost 2 nights sleep back to back when the book came out. "Just another chapter..." then it was time for work. Damn good book.

One of the most iconic scenes in cinema history?

I won't spoil it for you though, enjoy the film!!

originally posted by: knowledgehunter0986
a reply to: intrepid

Batman was a book?

Oh yes, comics. I don't know if that counts.

Often when I am anticipating a film it rarely lives up to my perceived standards. Let me add "IT" is the only film in probably 5 years that I was actually excited for. I haven't been to the theaters since last summer, but this past Saturday night I anxiously went to see "It". And as much as I hate to write this it really didn't live up to what I had hoped for.

That said, I thought it was pretty good and as far as remakes go it certainly was good. I thought it would be scarier than it was..of course when I first saw the original I was 8/9 years old..I watched it the night it aired for the first time and it freaked me out!!! I was so scared I almost didn't watch the next installment the following Sunday.

My main problem was I felt the story was crammed in and didn't do as much character developing as it could have. I feel a few more diving into the kids lives would have made more sense. It felt very rushed. The kids were great actors there is no question but I'm not sure if the chemistry was there.

Granted..I was a little drunk heading into the film. I was so excited to see it I went to dinner with my girl and drank some wine..then after had s few drinks at a local bar. So I was intoxicated and maybe that influenced my opinion. I would like to see it again..sober lol. Towards the end I actually fell asleep for a few minutes..never happens to me at a theater it was the first time ever...I chalk it up to the booze and the fact I wasn't so impressed with the film.

It seems I am one of the few who has this opinion..so I'm happy everyone else liked it so much!

I was actually drunk on wine too! (Merlot)

The movie definitely has its flaws, but I just thought the overall feel and performances outweighed them. Plus I didn't have any expectations either, so maybe the fact it far exceeded anything I expected, left a more profound affect on me. And made me a lot more generous in my review.

You know what they say, expectations only lead to disappointments, and you had really high expectations.

Plus it's a horror film, I never have high expectations for them.

posted on Sep, 11 2017 @ 01:14 PM
link
definitely in the running for best king adaptation, ever. they made a lot of changes to the source and nearly all for the better, imo.

originally posted by: fiverx313
definitely in the running for best king adaptation, ever. they made a lot of changes to the source and nearly all for the better, imo.

Er, I doubt it. The made for TV The Stand was really good. And you can't top The Shawshank Redemption.

I keep forgetting that Shawshank redemption was even an adaptation from a King novel.

That's one of the greatest movies of all time, imo.

originally posted by: knowledgehunter0986
a reply to: Skywatcher2011

Batman was a book?

Oh yes, comics. I don't know if that counts.

Yes, I have the original book. Quite a thick one, forgot how many pages. 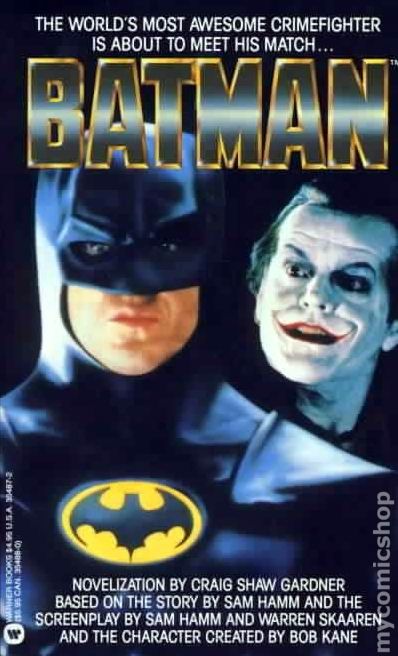 Stand by Me is good as well.

originally posted by: Josephus
a reply to: intrepid

Stand by Me is good as well.

Came from the same book as SR. Different Seasons. Along with Apt Pupil. Ian McKellen was scary in that.

I'm about halfway through the book. I thought I could finish it before the movie came out bit for some reason I keep starting and stopping. Does it pick up? For some reason it doesn't have that page turner, can't put it down thing that most of his other books have had.

Yeah, it picks up. The early character development is worth it.