An algorithm deduced the sexuality of people on a dating site with up to 91% accuracy, raising tricky ethical questions

Artificial intelligence can accurately guess whether people are gay or straight based on photos of their faces, according to new research suggesting that machines can have significantly better “gaydar” than humans.

The study from Stanford University – which found that a computer algorithm could correctly distinguish between gay and straight men 81% of the time, and 74% for women – has raised questions about the biological origins of sexual orientation, the ethics of facial-detection technology and the potential for this kind of software to violate people’s privacy or be abused for anti-LGBT purposes.

The machine intelligence tested in the research, which was published in the Journal of Personality and Social Psychology and first reported in the Economist, was based on a sample of more than 35,000 facial images that men and women publicly posted on a US dating website. The researchers, Michal Kosinski and Yilun Wang, extracted features from the images using “deep neural networks”, meaning a sophisticated mathematical system that learns to analyze visuals based on a large dataset.

I don't think it's a bad thing, I just think it's evolution. The universe seems to be carrying out constant computations and processing vast amounts of data. With the rise of A.I. and big data, humans and eventually the internet of things creates vast amounts of data. Too much data for the human brain to process. Here's a key point in the article:

Human judges performed much worse than the algorithm, accurately identifying orientation only 61% of the time for men and 54% for women. When the software reviewed five images per person, it was even more successful – 91% of the time with men and 83% with women. Broadly, that means “faces contain much more information about sexual orientation than can be perceived and interpreted by the human brain”, the authors wrote.

That last sentence is the key:

Broadly, that means “faces contain much more information about sexual orientation than can be perceived and interpreted by the human brain”, the authors wrote.

We live in a world that we just don't know. A.I. will pick up information and connect it in ways that we can't. For instance:

The next question is why. This difference is so small that humans can't see it but machine intelligence looking at thousands of pictures can. A.I. will eventually be 200 to 300,000 years ahead of us in intelligence. It will be like when early modern humans met the Neanderthals with us being the Neanderthals.
edit on 7-9-2017 by neoholographic because: (no reason given)

posted on Sep, 7 2017 @ 09:46 PM
link
I have had this ability from childhood. It is in not only the physical features, but their movements as well.

Edit: Aye, tread carefully AI... thou toeth the line of political correctness.
edit on 7-9-2017 by chadderson because: (no reason given)

originally posted by: chadderson
I have had this ability from childhood. It is in not only the physical features, but their movements as well.

edit: so where can my wife and I upload our pics to find out if we are gay or not? I suspect my wife might be gay but I haven`t mentioned it to our kids yet

Sooner or later it will make way to this guy is a criminal because of this physical feature.
edit on 9/7/2017 by starwarsisreal because: (no reason given)

posted on Sep, 7 2017 @ 09:57 PM
link
Why would anybody go to the trouble? What difference does it make? The gay people I know don't try to hide it anyway, good God, just ask them, they will tell you. no reason to undergo scrutiny from AI.

I wonder how a straight guy would feel if the AI kept on insisting he was gay. Do you question your sexuality or just accept that you look really gay?

91% accuracy is pretty impressive so if it is 91% accurate in picking criminals that would help the police a great deal because the police can`t spot a criminal if they were sitting on the other side of that jelly donut that they are stuffing in their pie holes.

I don`t think the AI is meant to out closet gay people, I think t`s just a demonstration of what AI can do that most people can`t do.

All joking aside, we've opened Pandora's box and we won't be able to shut it again. The next WW might really be against the Terminators. We're obsolete, just don't know it yet.

you`re probably right about that, because we don`t teach people to think anymore, we depend way too much on technology to think for us.

I remember when back in the 1980`s I was in auto technician school and they had bought the latest and greatest in auto repair technology,this was before onboard computers and check engine lights. a big computer on wheels with probes and wires that you connect to the vehicle and it would tell you what`s wrong and all you had to do was replace the non functioning part, no thinking skills or diagnostic skills involved on your part, technology did all the thinking for you,and that was 30 years ago, imagine what it`s like now and how many fields have that technology? I know the medical field has it now,and vehicles now are loaded with sensors and onboard computers that monitor everything.

we don`t teach people to think anymore so if AI tells them something is true they WILL believe it without question.

Another example from years ago - the calculator. We were taught how to actually DO math. Now you can have a Ti-84 with you for tests. They come pre-programmed with everything a kid needs to figure something out. Just punch in numbers.

Wonder what it would make of this guy? 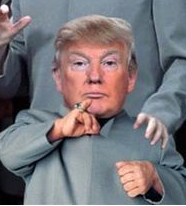 I wonder if the military will be interested in this technology?

Seriously though, I call bull.

I wonder how a straight guy would feel if the AI kept on insisting he was gay. Do you question your sexuality or just accept that you look really gay?

I wonder how a straight guy would feel if the AI insisted he should just wear a dress and stay in the kitchen.

Oh... there's gonna be a lot of outspoken homophobes deep in the closet protesting this tech.

originally posted by: knowledgehunter0986
a reply to: neoholographic or just accept that you look really gay?

That sentence made me choke on my beer.