Some Democrats Are Mad About Hillary Clinton’s New Book

Citing some of her "comments" about who was to blame for her historical 2016 Campaign loss, it looks like 2018 and 2020 are goners.

In her "book", she lays it on hard about Bernie Sanders, Joe Biden, James Comey along with who knows who else and what.

Hillary and George Soros, and some other well known Democrat operatives have formed some brand new "political charities" to try and bring back the disarrayed Democrat Party.

I think they'll be on track to lose another billion dollars in 2018 and even more in 2020.

The bitter jealousy is mind blowing.


Some Democrats Are Mad About Hillary Clinton’s New Book


Hillary Clinton is getting ready to tour the country to talk about her new memoir, What Happened, a firsthand account of her thoughts and feelings during and after the 2016 presidential campaign. Although the book comes out from Simon & Schuster next week, a few excerpts have been leaked online, and some of Clinton’s fellow Democrats are not happy.

“The best thing she could do is disappear,” one of her former surrogates reportedly told the Hill. “She’s doing harm to all of us because of her own selfishness.”

A former Obama aide reportedly echoed the surrogate’s concerns. “None of this is good for the party,” the aide said. “A lot of us are scratching our heads and wondering what she’s trying to do. It’s certainly not helpful.”


VengefulGhost
+4 more
posted on Sep, 7 2017 @ 03:31 PM
link
Meh they always mad .
It would be news if they werent mad about something .
They really should take some anger management courses .

originally posted by: Jefferton
When does she admit her loss, was HER fault?

To be fair, Hillary did say in her book, that it was her fault she was not tougher on James Comey.

AnkhMorpork
+1 more
posted on Sep, 7 2017 @ 04:02 PM
link
I guess she never said anything about John Podesta or his proclivities or anything about suffering from Kuru disease..?

As to "what happened" did she make any mention about not even bothering to visit some of the rust belt states that were counted her's as part of "the blue wall"?

Or was it all Russia and Comey's fault?

I almost started liking her at one point until I discovered some things, including how she treats people around her.

I think she's a very sick lady with a serious ego problem among other things.

originally posted by: SoEpic
Bernie would have won if he hadn't have been cheated by Hilary......

This is just not accurate. Despite being the single most toxic candidate in her party, she still gained nearly 4 million more primary votes than Sanders did. If anything, Bernie was less popular than Clinton, who was among the most unpopular candidates in modern times. Over half of the Democrat primary voters don't want more of their hard earned money to be taken from them to subsidize the lives of the just under half who depend on taxes in one form or another for their livlihoods.

So glad we dodged that bullet.

I've always said you learn more about a person when they fail, not when they succeed.
edit on 7-9-2017 by loam because: (no reason given)

posted on Sep, 7 2017 @ 04:36 PM
link
Thank you for keeping the boards up to date with the latest celebrity gossip going on around Washington these days, gossip is a very important issue and arguing over it will solve so many of our problems for sure.

Again, thank you for letting us know every time Hillary stubs her toe or sneezes in the wrong direction, those are really important topics.

She stitched-up the primary vote & in hindsight, this was her final undoing.......well that and the 280 days without fronting the plebs because 'arrogance has entered the building' & possibly being medically unfit at some stage with the traffic bollard and coughing up green sh!t!!!!!

A psycho also blames everyone else except the real culprit, they're experts in mind manipulation and ol dodgy will go down in history as the very definition of 'bitch'.


@Enlightened1 - be the change you want to see. You don't ever get bored of the same talking points in practically every thread?

I've yet to see you call out somebody from the left. But please, do go on.

“A lot of us are scratching our heads and wondering what she’s trying to do. It’s certainly not helpful.”

Bask in her greatness people.

posted on Sep, 7 2017 @ 05:12 PM
link
In my timeline, Hillary Clinton died in a shoot-out with police when her meth lab and prostitute ring were exposed.

But comparing the two Hillary's?

My original timeline Hillary was nicer.

I've yet to see you call out somebody from the left.

You haven't been paying attention then.

As for the "same talking points", right back at you.

As for the "same talking points", right back at you.


I guess I'm not the only one that isn't paying attention.

She is extremely dangerous.

She is soliciting PAC money as we speak.

She isn't done with her destroying.

She is a bitter loser.

What Heppened is this: 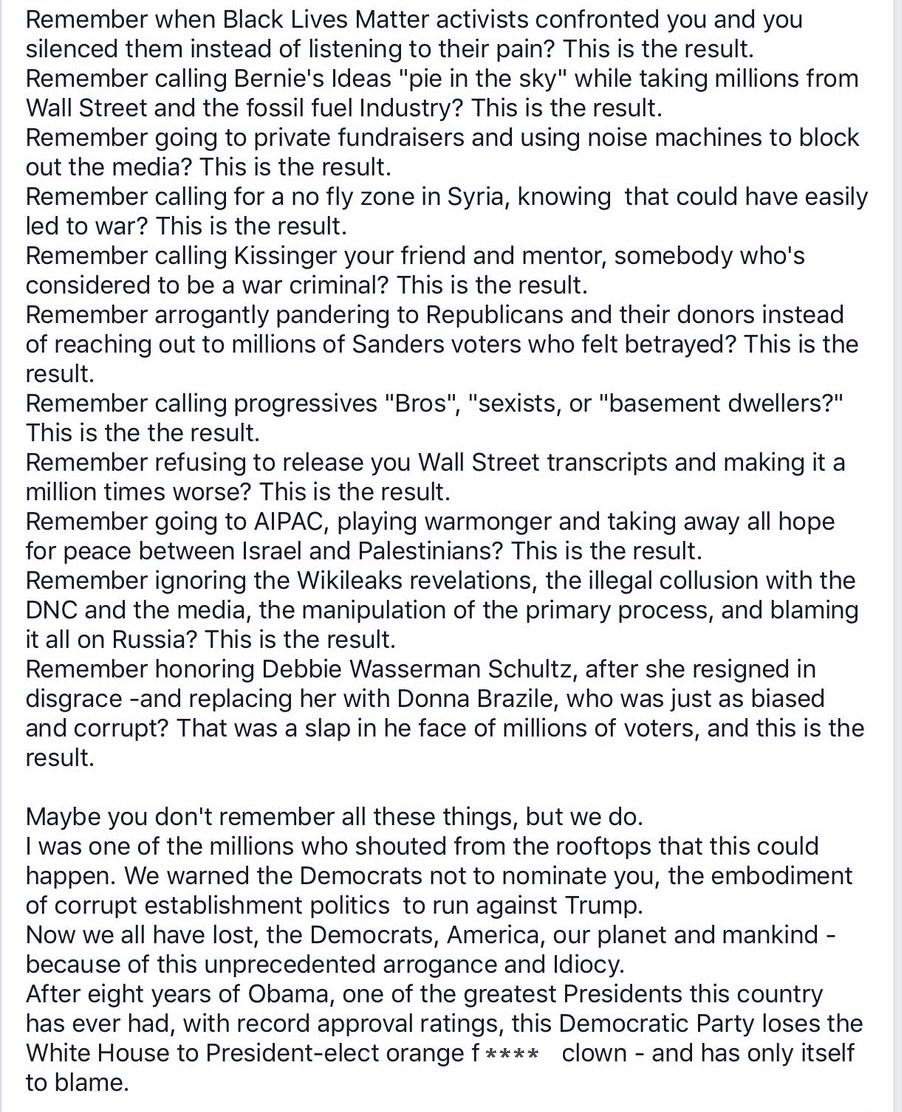 Anybody OTHER than crooked Hilary Clinton would of won the election against Trump. FFS...a ham sandwich would have easily defeated Donald Trump by a landslide.
edit on 7-9-2017 by Involutionist because: (no reason given) 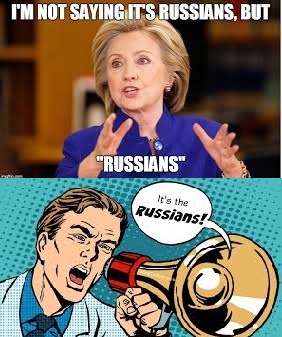 I still would have voted for Trump.