Welcome to Pseutopia!
So glad you have arrived
Your final destination
Your dreams will come alive
Where everyone is equal
And everybody thrives
We're in this thing together
We call ourselves The Hive!


Believe me when I say
Be whatever you desire
Nothing here will stop you
All your wants you will acquire
Just tell us what you need
We're the number one supplier
Your name beside this dot
Only thing that we require!


So now that it's official
Here's your freedoms to enjoy
Just make sure that you're nice
All the bad we will destroy
And make sure that you listen
All the rebels we deploy
But don't listen to the doubters
Yes we are the real McCoy!


No need for any questions
You'll be going with the flow
These television screens
Tell you all you need to know
Inside you're safe with us
Nowhere else you need to go
Cuz' in here you're worry free
So just please enjoy the show!


Don't think outside the box
The unknowns a scary place
We don't venture past our walls
Only stay in our safe space
Outside is very dangerous
But in here you are embraced
Just take a look around
Not a single different face!


Not a single different person
Oh yes we're all the same
Unhappy with your choice?
You can always choose to change
After all we are unique
Very special we proclaim
Everybody has a choice
Individual you'll remain!


So now that you're accustomed
This place you're free to roam
Just look up at the sky
We call that thing The Dome
Last thing you must remember
Before you're on your own
You now belong to us
Please make yourself at home! 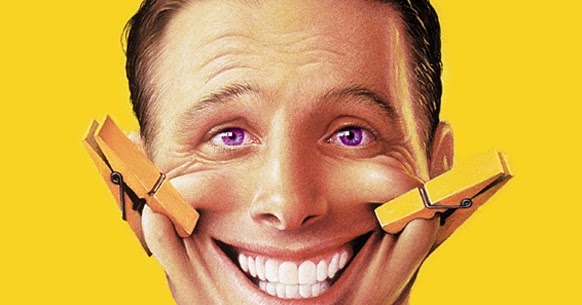 Pseutopia is the greatest place on Earth!

Pseutopia is the greatest place on Earth!

What! Even better than Libtardia?

Nice. Should be a sign outside every amusement park.

Well I'm no poet and I should know it but don't gloat as your head might bloat.

White man can't rap is a load of crap and as Ackbar said it was a trap and... ok I'm all out of rap so I'll let this guy finish who might be Finnish but I digress and I might send this to congress.

Beware-it is painful to watch.

Very pertinent video, thanks for adding that.

Catchy as hell too!

They get an A for effort, lol.

An A for effort is overstatement, do they not know of product placement?

Personally I would've clarified my thoughts through a post, but that might contradict the host
But in retrospect I can agree with Mr. Moots rebuttal, even though that it's barely subtle
Overwhelming evidence suggests there is evolution according to Darwin-

That's all I've got-Laughing and thinking at the same time hurts.


Pseutopia...the germ of devotion
forever...the past now all aflame
Drone like belaboring the notion
As conformists run away...with the game

originally posted by: Thecakeisalie
a reply to: knowledgehunter0986

Well I'm no poet and I should know it but don't gloat as your head might bloat.

White man can't rap is a load of crap and as Ackbar said it was a trap and... ok I'm all out of rap so I'll let this guy finish who might be Finnish but I digress and I might send this to congress.

Beware-it is painful to watch.

I don't think either side of that rap debate 'won'.

I am a farily traditional Christian and often hear nonsense like "A Troll" was saying. The thing is, those taking an anti-Christian stance believe those things are in the Bible and that their cartoonishly limited conception of God is that spoken of in the Bible. This gives a subjective sort of validity to their 'arguments' which can, and should, be easily countered.

Personally, I love science and believe that it displays God's handiwork and genius. At no stage does science ever 'remove the need for God' as an explanation, but it does expose, more and more, the incredible unlikeliness that such intricate order and complexity could have arisen by accident.

God's creation is one of order and has rules governing it. While we may intuit what those rules are, science says nothing about why those rules 'are' except as a result of a heirarchy of deeper rules, the origins of which are, I believe, beyond science.

We should speak to the concerns of those who oppose Christian beliefs with openess and truth. The Bible is NOT the only source of truth in this world. It tells us nothing about the gear train of a 1983 Mercedes, just as it is not a textbook of science.

The Bible is about the human condition and how God has resolved a major dilemma, offering us a path that allows growth and maturity beyond where we now find ourselves. A 'spiritual evolution' if one wants to put it that way.

Creepy!!! S&F< but sheesh, are you trying to give us nightmares???

My dear, this is Pseutopia, where dreams come alive!!